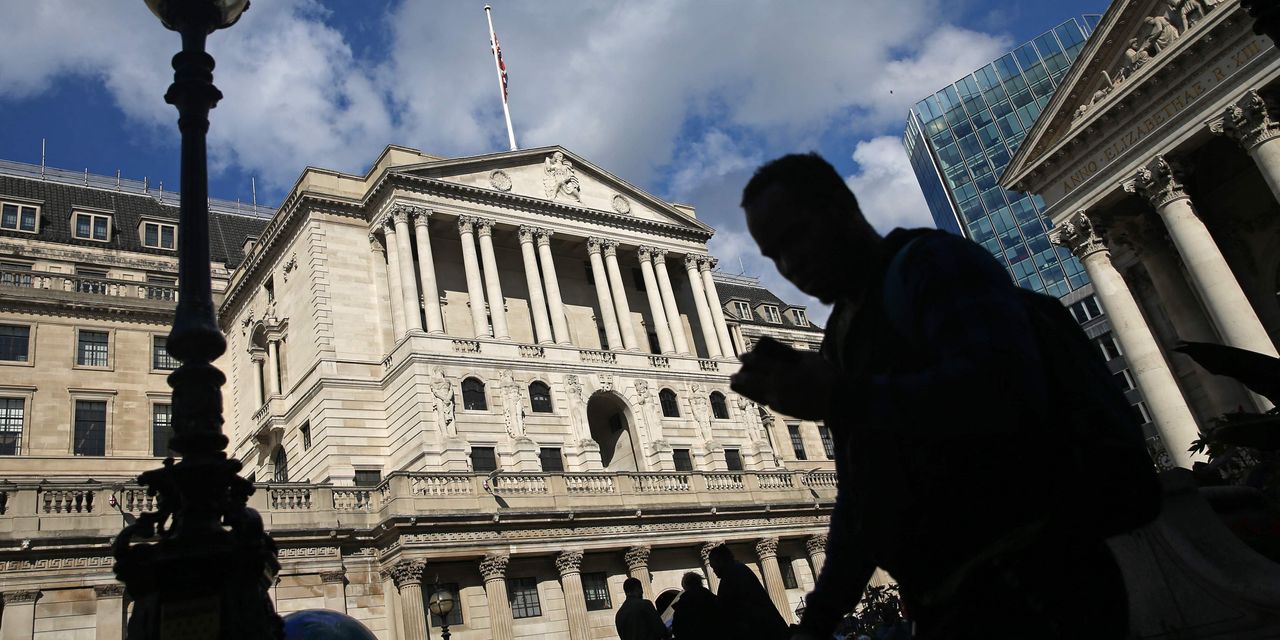 The Bank of England made its largest interest-rate increase in three decades in response to inflation that the central bank still expects to accelerate.

By a 7-to-2 vote, the U.K. central bank voted to lift rates by a three-quarters percentage point to 3%, as inflation hit a 40-year high in September. The central bank said inflation will further accelerate to 11% in the fourth quarter.

There was one vote, from Swati Dhingra, for a half-point increase, and another, from Silvana Tenreyro, for a quarter-point rise. Both are external members of the central bank’s monetary policy committee.

It was the first gyrations since the turmoil in financial markets that prompted the BOE to step in with a temporary bond purchase program.

“These had partly reflected global developments, although U.K.-specific factors had played a very significant role during this period,” the central bank dryly said of the market reaction to the tax-cut proposals produced by Prime Minister Liz Truss and Chancellor of the Exchequer Kwasi Kwarteng, both of whom have resigned.

The U.K. central bank has now started a delayed bond selling program, and Chancellor Jeremy Hunt has backtracked on the tax-cut proposals as he readies a new “autumn statement” due in mid-November.

The pound dropped despite the central bank matching the Fed’s three-quarter point rate hike. That’s because of a comment found within the minutes of the meeting, that a majority felt rates would not have to go as high as the implied 5.25% path in financial markets.

“This will most likely mark the peak in pace of tightening, especially with the Bank highlighting financial markets are pricing too much too soon. Next up for the U.K. will see the focus shift to the autumn statement to see what the chancellor’s fiscal plans are, but in the meantime the headlines point to gilts being relatively more supported, however the currency less so,” said Edward Hutchings, head of rates at Aviva Investors.

Tim Graf, head of EMEA macro strategy at State Street, said the peak rate is likely to be closer to 4% to 4.25%.

“The accompanying messaging was clearly dovish, with the MPC noting the economy was already in the midst of a recession it expects to last into 2023, that inflation will likely fall sharply over the next two years and citing pricing for terminal rates as likely too high, limiting the need to hike aggressively,” he said.