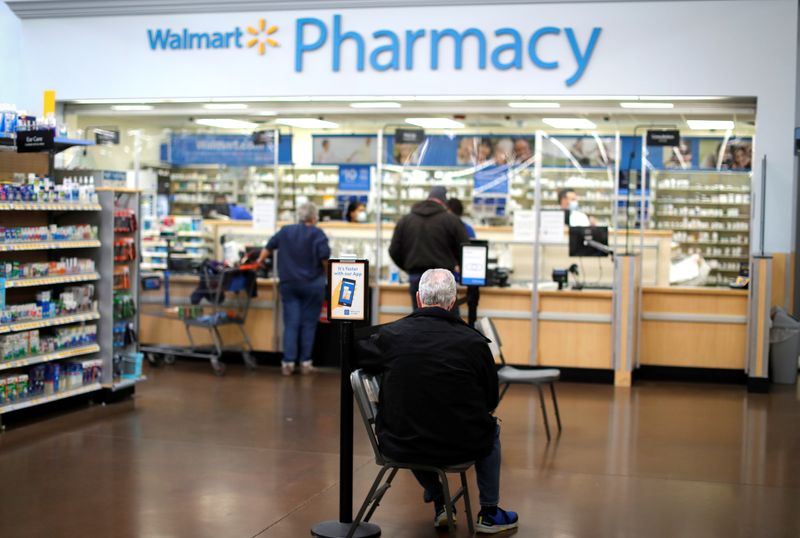 (Reuters) -Walmart Inc has agreed to pay $215 million to resolve claims its pharmacies fueled an epidemic of opioid addiction in Florida, the state’s attorney general announced on Thursday.

As part of the deal, Walmart (NYSE:WMT) has also agreed to dispense 672,000 treatment kits with the anti-overdose drug naloxone to first responders in the state.

“I’m grateful for Walmart stepping up and agreeing to partner with the state to provide law enforcement and first responders with much-needed naloxone,” Attorney General Ashley Moody said in a statement. “This will greatly help in our continuing mission to end the opioid crisis and save lives.”

The state has now secured a total of $3.2 billion through legal action to help fight the opioid crisis, according to Moody’s (NYSE:MCO) office. That includes recent settlements of $683 million with Walgreens Boots Alliance (NASDAQ:WBA), $484 million with CVS Health Corp (NYSE:CVS) and a combined $394 million with three drugmakers.

“This partnership is the latest chapter in Walmart’s commitment to fight the opioid crisis,” Walmart spokesperson Randy Hargrove said in a statement.

The retailer, which did not admit any wrongdoing, previously settled opioid-related claims brought by West Virginia for $65 million and New Mexico for an undisclosed sum. It was also ordered in August to pay a combined $650.6 million with Walgreens and CVS to two Ohio counties.

The U.S. opioid crisis has caused more than 500,000 overdose deaths over two decades, according to federal government data. More than 3,300 lawsuits have been filed accusing drugmakers, distributors and pharmacy chains of fueling the crisis.

Major drugmakers and distributors have reached nationwide settlements worth more than $30 billion altogether, resolving most lawsuits against them, while pharmacy operators have continued to litigate or settle cases one by one.