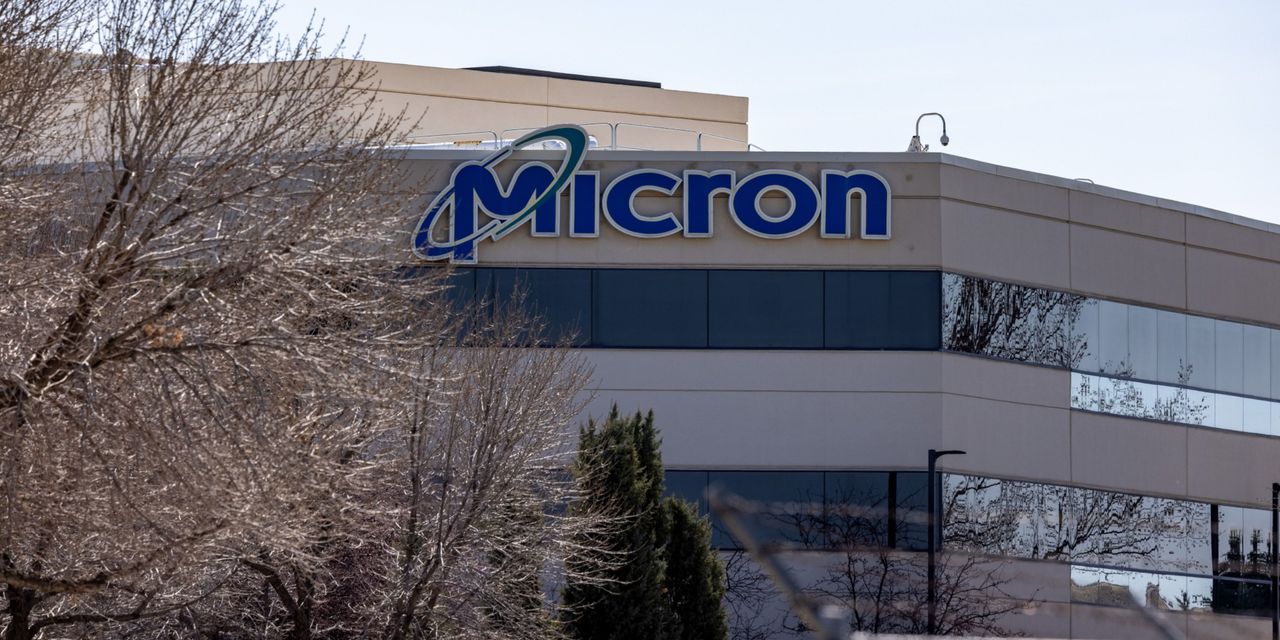 Mizuho analyst Vijay Rakesh is concerned about memory demand and its impact on pricing, trends that he thinks could weigh on shares of Micron Technology Inc. and Western Digital Corp.

He downgraded both stocks to neutral from buy late Tuesday, writing of “steepening price declines” heading into the December quarter and the start of the new calendar year.

“While we may be late to the downgrade, we believe weak macro, weak consumer demand, high inventory, and continued supply growth imply more downside risk” over the next four to six months, he wrote.

shed 1.8%, with both headed toward two-year lows.

In Rakesh’s view, Micron and Western Digital have both “executed well” with their memory offerings, but he said his industry checks indicate “larger-than-expected” declines in DRAM and NAND memory pricing for the December and March quarters. Additionally, he sees new competitive dynamics in the industry as Yangtze Memory Technologies Corp., a Chinese company, “is quickly gaining legitimacy now as a major supplier to Oppo/Vivo and also potentially [the] iPhone 14.”

Rakers added that he was cutting his forward estimates for Micron “meaningfully” but that he thought the level of absolute revenue and earnings per share estimate cuts would be less important than Micron’s commentary about a potential bottom and its projections for fiscal 2023 capital expenditures.

The company already issued a revenue warning in early August.

Micron shares have lost about 11% over the past three months through Tuesday, as Western Digital shares have declined roughly 24%. The S&P 500
SPX,

has moved up approximately 2% over that span.