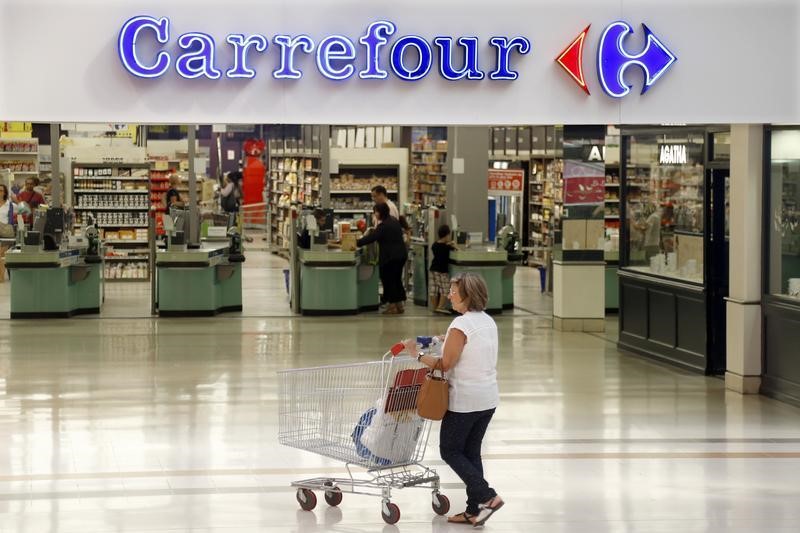 LONDON/GDANSK/KAZAKHSTAN (Reuters) – Seyda Bal, who works at a bank in Istanbul, is so anxious about the rising price of groceries that she’s lapsed into a pandemic-era habit: hoarding packaged goods like coffee and toilet paper.

“I buy a lot of basic foods such as oil, pasta, rice, tahini, molasses … thinking that next month they will cost twice as much,” Bal, 27, said.

Russia’s invasion of Ukraine has propelled energy and grain prices to all-time highs, driving up the cost of packaged goods. That has been felt particularly acutely in parts of Asia and North Africa, where people spend a higher proportion of income on food and fuel than in the United States and Europe, prompting some shoppers to stockpile non-perishable items.

The trend hasn’t gone unnoticed by Nestle, the world’s biggest packaged food company and home to more than 2,000 brands including Cheerios, Nescafe and Maggi.

The Swiss group is adapting its product ranges in the region to “make them more meaningful to the consumer”, and considering whether to make some products “more affordable”, according to Karim Al Bitar, head of consumer research and market intelligence at Nestle’s Middle East and North Africa (MENA) unit.

That could include increasing pack sizes and changing to less expensive ingredients.

“Nestle is seeing hoarding with bouillon, to an extent soups, coffee for sure,” Al Bitar told Reuters.

Maggi products and Nescafe coffee sachets are among popular products for stockpiling, he added.

Nestle is working with local partners to overcome supply challenges and has so far managed to keep stock on shelves, the company said in an emailed statement.

The MENA region contributes over 4%, or 3.7 billion Swiss francs ($3.9 billion), to Nestle’s annual sales. The region that includes Central Asia accounts for about 9%, or 8 billion francs.

STOCK UP, OR PAY MORE LATER

Shoppers are spending less on non-essentials such as electronics, clothes and household goods, while demand for packaged food and personal care items is up, said Hani Weiss, CEO of Majid Al Futtaim Retail, which runs more than 450 Carrefour (EPA:CARR) stores in 16 countries in the Middle East, Africa and Asia.

“What does that tell us that people are concerned about? Stock availability,” Weiss said, adding the retailer was seeing about 9.5% inflation on average, and particular pressure in countries such as Egypt, Kenya and Georgia.

“I have bought about 10 50-kilogram bags of flour and just as much of sugar,” Eldar, 28, an entrepreneur based in Almaty, Kazakhstan said. “There are rumors that sugar shortages are expected and I wanted to have a stockpile.”

In the same city, Ivan, 47, a furniture designer, said: “Prices may go up, the dollar (exchange rate) may go up. You start thinking: either I stock up now at current prices or I will have to pay more later.”

Inflation is rising at a faster pace in many Central Asian and North African countries than in North America or Europe, where consumer price growth in the 19 countries sharing the euro accelerated to 8.9% in July.

Turkey’s annual inflation hit a 24-year high of 80% in August, while Egypt’s accelerated to 13.6% in July. In many cases, weakening local currencies are adding to import costs.

“In Turkey, consumers are adjusting to the reality of extremely high inflation. Despite higher prices, we see consumer demand and market volumes holding up, due partly to pantry loading,” Unilever (NYSE:UL) CEO Alan Jope said in July. Sinem Ozel, 31, a marketing expert living in Istanbul, has been stocking up on items including oil, toilet paper, pasta, sugar, and dishwasher detergent. She used to spend around 300-400 Turkish liras ($16.71-$22.27) for one month’s shopping but now spends the same amount in one week, and sometimes buys Nescafe’s three-in-one 20% extra pack of instant coffee.

But not everyone can afford to hoard.

“We don’t have the money to buy large quantities of stuff,” Layla, a 60-year-old shopper said, standing in front of Lafayette Market in Tunis, Tunisia. “Most of the time we have to get a loan from relatives to complete the month.”