Home
Stocks
: ‘One of the strongest job markets in the past 50 years’: Looking for a pay raise? This jobs report has good news for you.
Prev Article Next Article 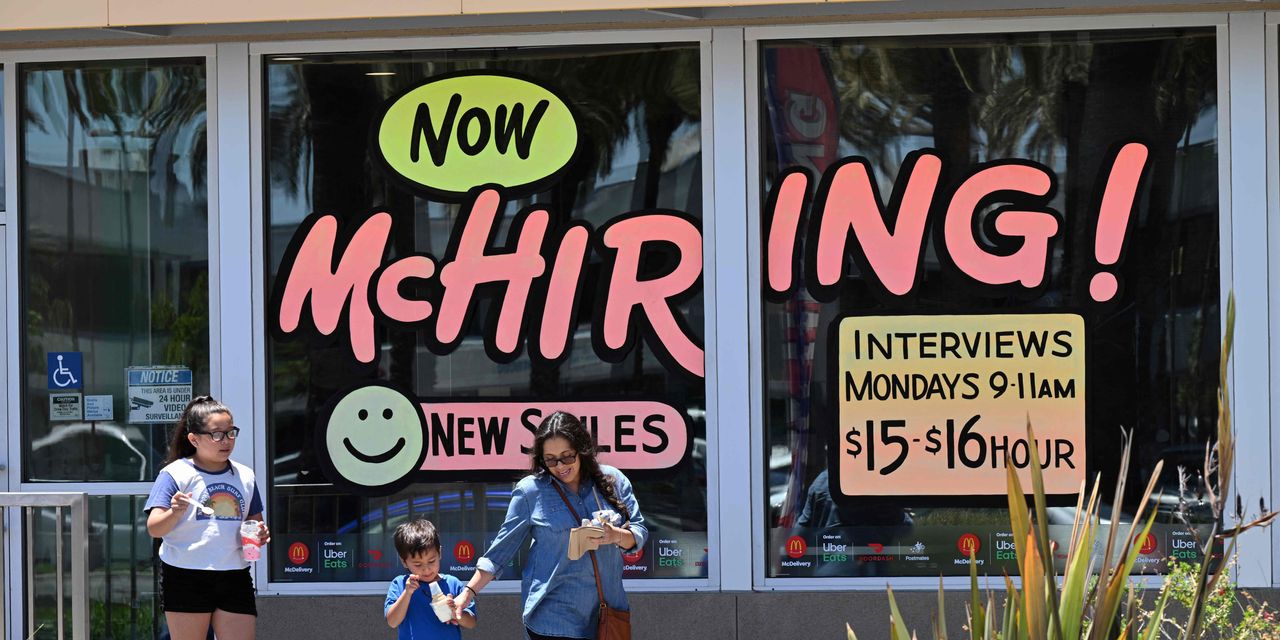 That’s good news for the economy, but will likely give the Federal Reserve more motivation to raise interest rates to temper inflation, now at a 40-year high. It’s a delicate balancing act: The Fed aims to prevent the economy from overheating without killing consumer demand and, consequently, job growth.

Average hourly earnings rose by 5.2% on the year in July to $32.27, the Bureau of Labor Statistics said — one of the fastest increases since the early ’80s. Wages, however, are not keeping up with the consumer prices index: 9.1% in June. But the core rate of inflation, which excludes food and energy, rose 4.8% in June.

Gross domestic product and other recent data releases showed a shift in activity from goods-producing to service-providing sectors, he added. “This report matched that, showing much faster job growth in the services sector. Construction employment increased by 32,000 over the month.”

Read more: Rex Nutting: Workers are falling behind inflation with every paycheck, but that won’t reassure a Fed determined to quash inflation

“This remains one of the strongest job markets in the past 50 years, no comfort for those hoping for a slowdown which would reduce inflation and lead to a less aggressive path of rate hikes from the Federal Reserve,” Fratantoni added. It raised rates by 0.75 percentage points in July for the second consecutive time in 2022.

Leer agreed that this will ensure the Fed remains hawkish. “Demand for workers skyrocketed in July, far exceeding expectations,” he said. “Paired with falling gas prices, the economic outlook for the third quarter starts looking better. Today’s numbers also increase the likelihood of more aggressive rate hikes by the Fed.”

It also gives the Fed less reason to worry about pushing the economy into an immediate recession. Indeed, job growth has averaged 437,000 jobs a month over the last three months, accounting for the revised figures for May and June. “If you thought the economy was in a recession, you were wrong,” Leer said.

Read more: ‘A clear sign that the U.S. economy is not in a recession’: Economists react to blowout July jobs report

Hear from Ray Dalio at the Best New Ideas in Money Festival on Sept. 21 and Sept. 22 in New York. The hedge-fund pioneer has strong views on where the economy is headed.