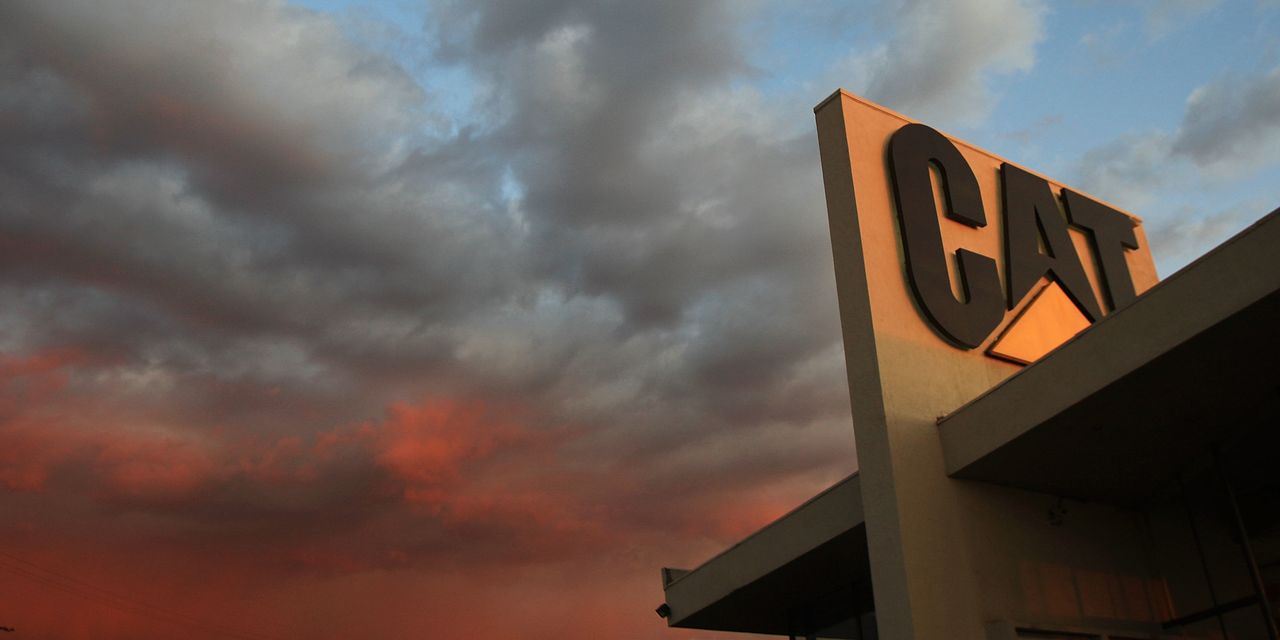 Shares of Caterpillar Inc. sank Tuesday, after the construction and mining equipment maker reported another disappointing earnings report, with profit beating expectations but sales coming up a bit shy.

stressed that demand remained “healthy” and “strong,” but results were hampered mostly by continued supply chain constraints, as well as the strong U.S. dollar and weakness in China due to COVID-related restrictions.

Management actually said supply chain “challenges,” “constraints,” “disruptions” or “pressures” 19 times during the prepared-remarks part of the post-earnings conference call with analysts, according to a FactSet transcript, as they described any drags on results.

The shares were headed for the third-straight decline on the day after quarterly earnings were reported, and the eighth decline in the past nine quarters. After the past 18 earnings reports, the stock has fallen 15 times.

“Sales to users were…below our expectations, largely due to the impact of supply chain constraints,” CEO Umpleby said on the conference call. “These constraints were mostly due to component shortages which resulted in production delays and shortfalls against our schedules.”

Chief Financial Officer John Bonfield added on the call that sales were “generally” in line with expectations, in terms of strong price and services, with currency and supply chain challenges acting as headwinds.

“Overall, we are not seeing signs of slowing demand, as order levels and backlog remain healthy,” Bonfield said.

Among the company’s business segments, the largest is Construction Industries, which saw sales rise 6.7% to $6.03 billion but miss the FactSet consensus of $6.29 billion. The company said higher pricing boosted sales by $535 million, while volume declined $25 million and currency acted as a $122 million drag.

A higher dollar reduces the value of profit and sales generated overseas.

Geographically, sales rose 18% in North America and 27% in Latin America, but fell 3% in EAME (Europe, Africa, Middle East) due primarily to currency impacts. In Asia/Pacific, sales rose 3% as lower sales in China were offset by strong sales in the rest of the region.

Weakness in China resulted from COVID-related restrictions being reinstated. And at the end of the second quarter, the dollar
DXY,

CFO Bonfield said the company continued to refrain from providing full-year earnings guidance, given the uncertainties in the current environment, which of course include supply chain “constraints.”

But for the third quarter, the company expects sales to increase year-over-year, due to higher sales to users and higher pricing. The current FactSet sales consensus of $13.93 billion implies 12.3% growth from a year ago.

Cowen analyst Matt Elkott said the earnings report was “not as bad as it seems,” and he reiterated his outperform rating on Caterpillar stock.

“While sales of equipment to end users were lower, services volumes were higher and price realization was the highest in more than two years,” Elkott wrote in a note to clients.

Caterpillar’s stock has shed 11.2% over the past three months, while the Dow has slipped 0.9%.