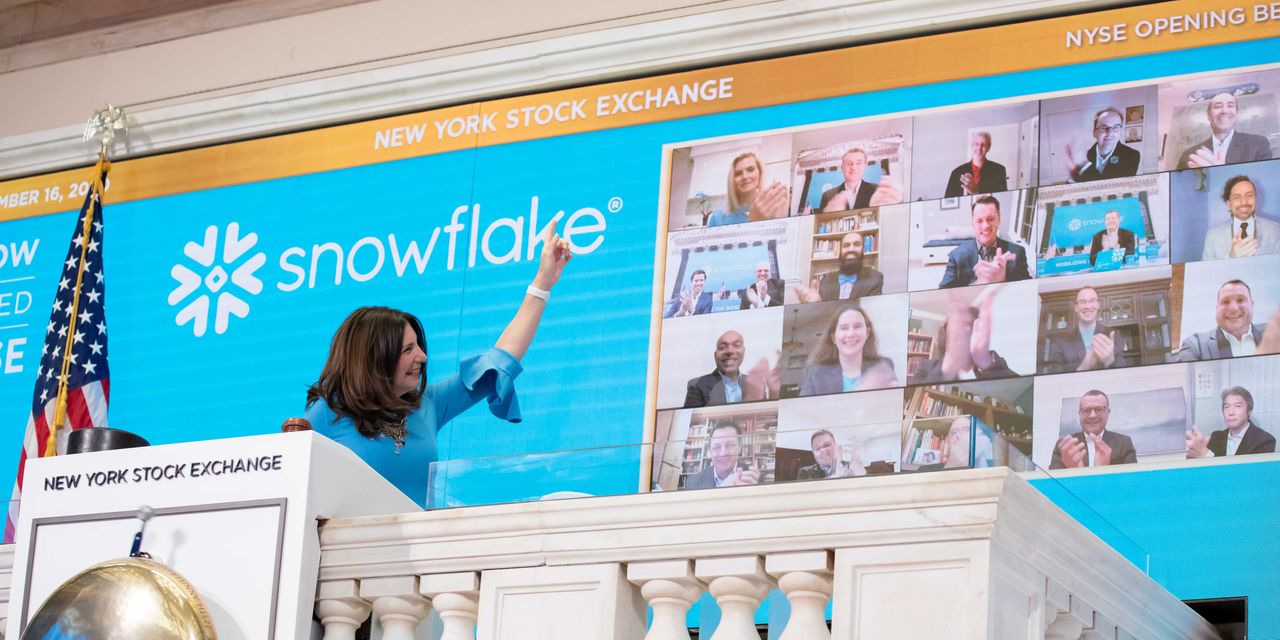 Snowflake Inc. is winning big praise from those in charge of tech spending, and that’s cause for an upgrade of its stock at JPMorgan.

offerings, especially among customers already on board with its platform. Snowflake was the top software company in terms of spending intent from its installed base, with nearly two-thirds of current Snowflake customers surveyed saying that they planned to increase spending on the platform this year.

Further, Snowflake easily led the pack when CIOs were asked to name small or mid-sized software companies who have shown impressive visions.

In light of Snowflake’s rising stature among information-technology decision makers, JPMorgan’s Mark Murphy feels upbeat about the software stock, writing that the company “surged to elite territory” in the latest set of survey results. He upgraded the stock to overweight from neutral, while keeping his $165 target price.

“Snowflake enjoys excellent standing among customers as evident in our customer interviews…and recently laid out a clear long-term vision at its Investor Day in Las Vegas toward cementing its position as a critical emerging platform layer of the enterprise software stack,” Murphy wrote in a Thursday note to clients.

The stock is up more than 9% in Thursday morning trading.

Murphy added that Snowflake shares had pulled back about 68% from their November high as of the writing of his note, compared with a roughly 20% decline for the S&P 500
SPX,

over the same span. Snowflake shares were trading north of $139 amid Thursday’s rally, but Murphy noted that their Wednesday close near $127 was only marginally higher than Snowflake’s $120 initial-public-offering price.

“For reference, the company’s current revenue run-rate as of the latest quarter is ~$1.7B vs. ~$0.5B in the quarter preceding its IPO,” he wrote.