Home
Stocks
The Fed: Bowman backs steep rate hikes and wants to ‘get the Fed out’ of housing market
Prev Article Next Article 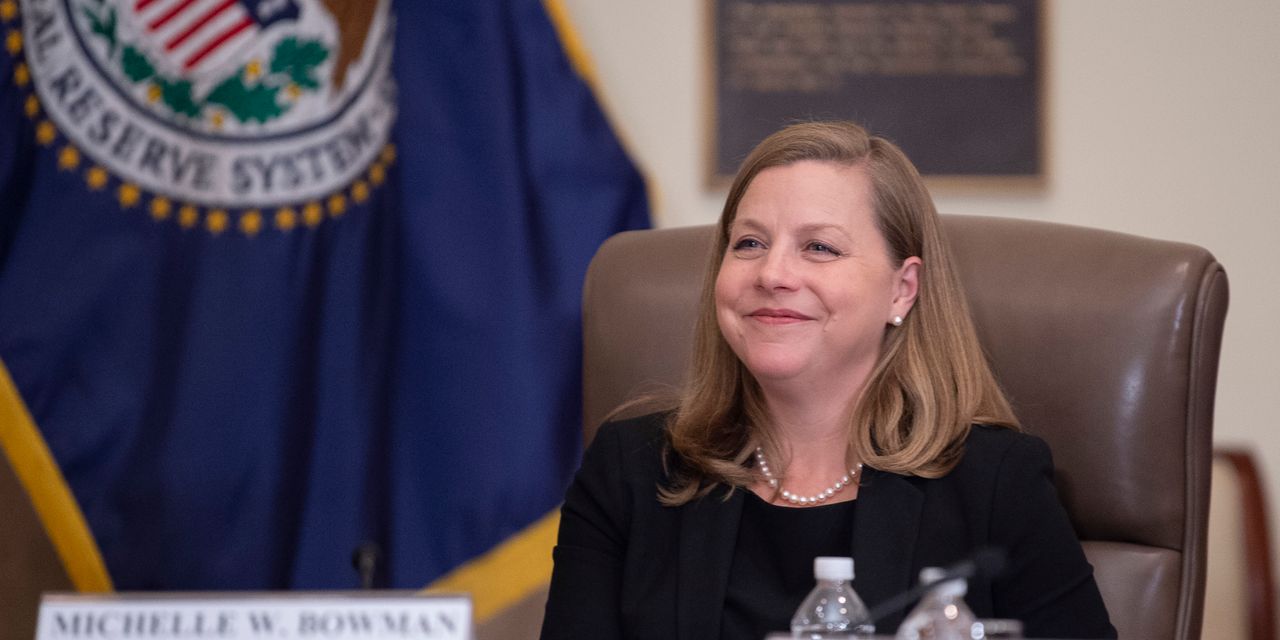 Federal Reserve Gov. Michelle Bowman said she supports an aggressive series of interest-rate increases to try to tame inflation and eventually wants the central bank to stop intervening in the U.S. housing market.

In a speech in Massachusetts, Bowman said she expects to support another 3/4-point increase in a key short-term interest rate at the Fed’s next strategy meeting in late July.

After that, she said, she would likely back “increases of at least 50 basis points in the next few subsequent meetings.”

Bowman said the central bank should keep at it until the real, or inflation-adjusted, fed funds rate is positive and not negative as it is now.

“Since inflation unacceptably high, it doesn’t make sense to have the nominal federal funds rate below near-term inflation expectations,” she said.

The Fed raised its benchmark rate by 3/4 point earlier this month to a range of 1.5% to 1.75% in response to the highest U.S. inflation reading in 40 years.

In testimony to Congress this week, Fed Chairman Jerome Powell said the central bank is determined to squelch inflation — now running at a 8.6% yearly rate — and return it to pre-pandemic levels of around 2%. His comments suggest the Fed would even be willing to risk a recession to accomplish its job.

Bowman, for her part, said the Fed’s aggressive new stance on interest rates “do not come without risk,” but like Powell, she said bringing down inflation is imperative.

“The Fed’s credibility, earned over decades of low inflation, is a powerful policy tool that is critical to our long-term success,” Bowman said. “If that credibility erodes, it must be re earned.”

As part of the broader effort to contain inflation, Bowman backs the eventual sale of the Fed’s portfolio of mortgage-backed securities.

The Fed boosted its holdings of these securities to as high as $2.7 trillion from $1.37 trillion before the pandemic in a successful effort to reduce long-term U.S. interest rates and stimulate the economy.

The Fed strategy reduced mortgage rates to the lowest level on record, goosed home sales and spurred millions of homeowners to refinance and save a bundle of money.

The action also contributed to surging home prices, however, and the worst outbreak of U.S. inflation in 40 years.

Bowman indicated she would like the Fed to get out of the real-estate business altogether. Before 2009, the central bank had never bought mortgage-backed securities — multiple home mortgages bundled into investor-grade bonds.

“My longer-term goal would be to get the Fed out of the business of indirectly intervening in the real estate market,” Bowman said.