Home
Stocks
: FDA bans Juul vape products and orders all current ones to be removed from market
Prev Article Next Article 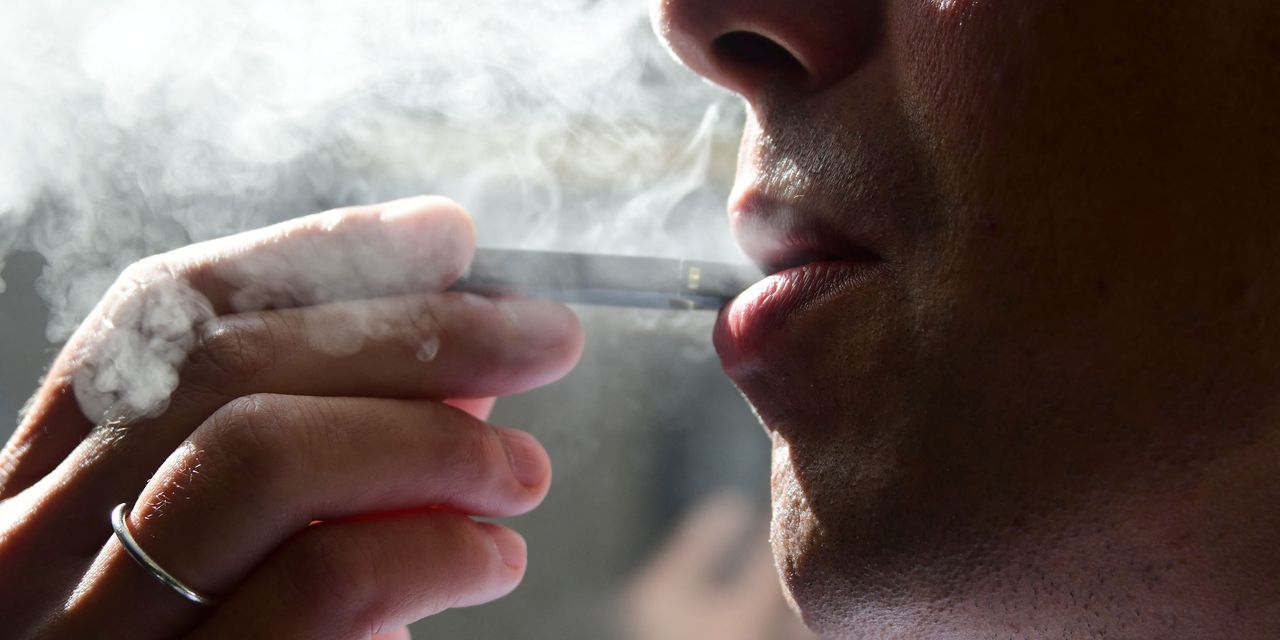 The U.S. Food and Drug Administration on Thursday banned Juul Labs Inc. from marketing its vape products in the U.S. and ordered the company to remove all existing products from the market.

The action was expected after a Wall Street Journal report from Wednesday.

“Today’s action is further progress on the FDA’s commitment to ensuring that all e-cigarette and electronic nicotine delivery system products currently being marketed to consumers meet our public health standards,” FDA Commissioner Dr. Robert M. Califf said in a statement.

Juul has been under regulatory scrutiny since its fruity flavors and marketing were blamed for a spike in teenage vaping about four years ago. The FDA had already banned it from selling flavors such as creme brulee, that proved highly popular with underage smokers.

The FDA’s marketing denial orders (MDOs) do not restrict individual consumer possession or use of Juul vapes, but the company can no longer distribute them to retailers. The FDA said the applications submitted by the company “lacked sufficient evidence regarding the toxicological profile of the products to demonstrate that marketing of the products would be appropriate for the protection of the public health.”

Some of the findings in a company study “raised concerns due to insufficient and conflicting data – including regarding genotoxicity and potentially harmful chemicals leaching from the company’s proprietary e-liquid pods – that have not been adequately addressed and precluded the FDA from completing a full toxicological risk assessment of the products named in the company’s applications,” the agency added.

Jefferies analyst Owen Bennett said Wednesday that the news was a “big negative read” for Altria Group Inc., which paid $12.8 billion in 2018 to acquire a 35% stake in Juul that valued the company at about $35 billion. Since then, Altria
MO,

has written down the value of the stake to $1.6 billion as of March 31.

The FDA move is coming at a time when U.S. cigarette volumes are under pressure from worsening economic conditions and the shift to reduced-risk products, or RRP, he wrote.

“Altria’s outlook is becoming more challenged given its close to 50% cigarette share,” Bennett wrote in a note to clients. “At the same time, the FDA is looking to introduce measures (such as a U.S. cigarette menthol ban) to accelerate the shift over to RRP. Altria is in a very tricky spot to this respect as it at least needs to take its fair share in RRP. “

But in a fresh note published Thursday, Bennett said he expects an appeal as the ban is based on insufficient toxicological evidence and not youth usage, as he was expecting.

“To this, we think a good possibility Juul will be able to raise doubt to the court that the FDA has either not appropriately addressed its toxicological submission, or that it should be allowed to address the perceived “insufficient and conflicting data”,’ he wrote.

“This may then mean the application is ultimately approved, with potential amendments, or, as we also suggested yesterday, it gives Juul time to bridge the application with a new one with Juul2.”

has fallen 21% and the Dow Jones Industrial Average
DJIA,