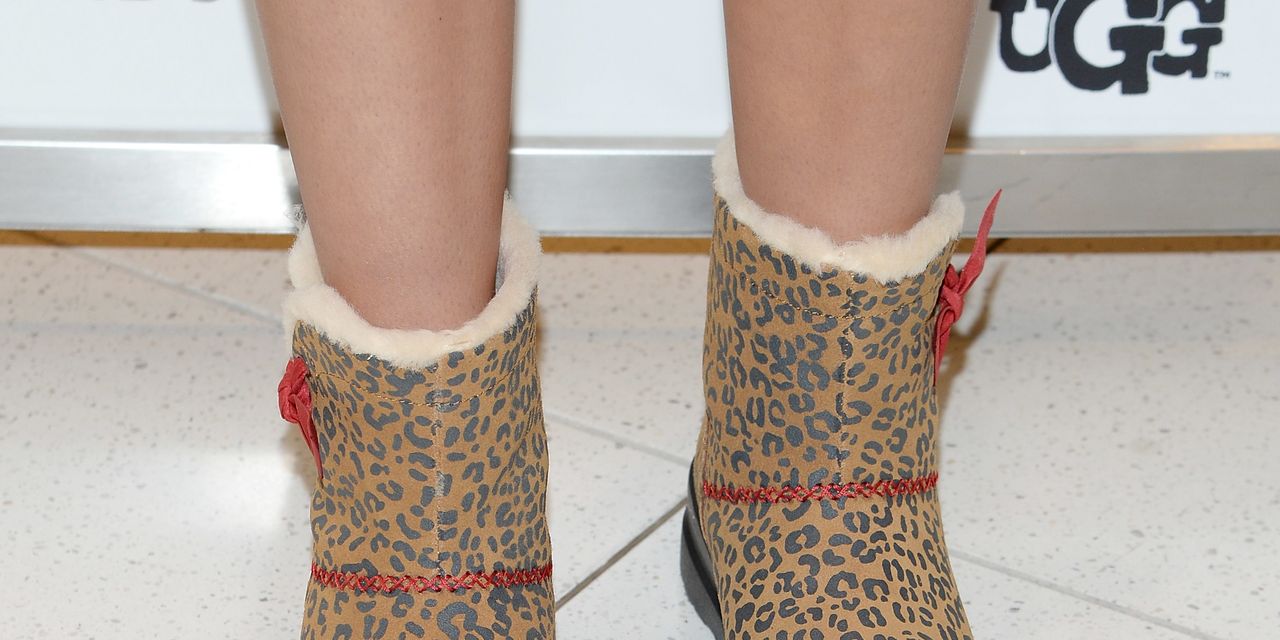 Deckers Outdoor Corp. wrapped up a record year with roughly $2 billion in sales of Ugg boots, pushing the company to an earnings beat and a soaring stock price Thursday.

Deckers
DECK,
,
which owns Ugg and other shoe brands such as Teva, reported that fiscal fourth-quarter earnings more than doubled, to $63 million, or $2.51 a share, from $1.18 a year ago. Net sales increased to $736 million from $561.2 million a year ago. That performance roared past analysts’ estimates, which on average called for earnings of $1.30 a share on sales of $639.5 million, according to FactSet.

Deckers shares rose about 14% in after-hours trading following the release of the results.

Ugg boots were at the heart of the outperformance, as sales increased 24.7% in the quarter and 15.4% for the full year. The company sold $374.6 million of the boots in the fourth quarter, while analysts were expecting $298.8 million. For the full fiscal year, Deckers sold roughly $2 billion worth of the boots — $1.982 billion, to be exact — which accounted for nearly two-thirds of its record $3.15 billion in overall revenue, the first year the company has eclipsed $3 billion in sales.

Deckers’ next biggest offering was Hoka athletic shoes, which produced annual sales of $891.6 million, up 56.1% from the year before. Hoka sales also outpaced expectations in the fiscal fourth quarter, hitting $283.5 million while analysts on average were expecting $266 million.

“Fiscal-year 2022 was another record year for Deckers, as we delivered both revenue and earnings-per-share growth above 20 percent,” Chief Executive Dave Powers said in a statement. “Over the last two years, our portfolio of brands has added more than 1 billion dollars of revenue, while making progress toward key long-term strategies, and maintaining top-tier levels of profitability, despite navigating unprecedented disruption across the global supply chain.”