Home
Stocks
Market Snapshot: Dow skids 300 points in choppy trade as S&P 500 teeters on brink of bear market
Prev Article Next Article
This post was originally published on this site 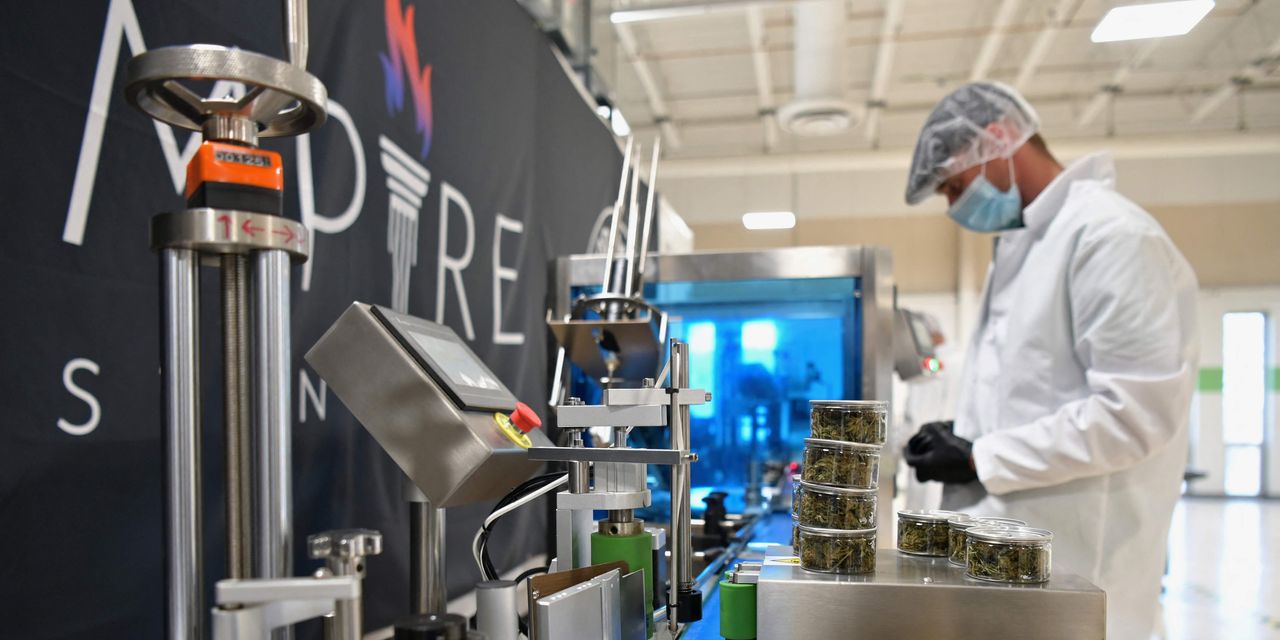 U.S. stocks fell at midday Thursday, failing to stabilize amid a broad-based selloff that’s sent stocks to their lowest levels in more than a year, with the S&P 500 nearing bear-market territory.

Stocks were lower after fresh economic data showed slowing wholesale inflation in April, but still intense price pressures. Meeting forecasts, prices rose 0.5% in April, from a 1.6% jump in March. Prices over the year slowed to 11% from 11.5%.

Inflation data released Wednesday may have shown a peak in price growth, but the figures were hotter than forecast. Core CPI, which excludes energy and food and tends to be a better predictor of future inflation, surprisingly accelerated in April.

“At least it’s peaked, for now,” said Eric Lynch, managing director at Scharf Investments, about the inflation readings. “The question is do we go to 4% relatively quickly or 6%?” he said by phone.

He also said it “matters a lot where we land,” particularly as higher grocery bills, elevated gas prices and soaring rents translate to stretched paychecks. “It’s probably safe to say we’re not getting to 4% too quickly.”

High inflation also means the Fed “might have to tighten too much leading to a sharp economic slowdown, but it also means that the economic projection in tech and some other assets are now seen as far too optimistic,” said Sebastian Galy, senior macro strategist at Nordea Asset Management.

“Equity analysts adopting fixed income speech call it a long duration equity that is long on hope as forecasting past two years is very difficult when the wave of liquidity/narrative is no longer so supportive.”

Lynch called current market pressures the “other side of the slope,” or a reversal of when Main Street was collapsing early in the pandemic but Wall Street was rising. “I think there’s a lot of concern about earnings and a recession as interest rates rise.”

The cryptocurrency market has been particularly roiled, as the stablecoin Tether
USDTUSD,

said it performed a $1 billion swap after it fell as low as 95 cents on the dollar.

“Given that the wave of liquidity pushed tech and some other asset classes up to the top of the dam before it started to collapse, the price dynamics are complex, nonlinear and hard to forecast,” said Galy.

shares were under pressure after the entertainment giant forecast that streaming subscriber growth may tail off after better-than-forecast additions in its fiscal second quarter.