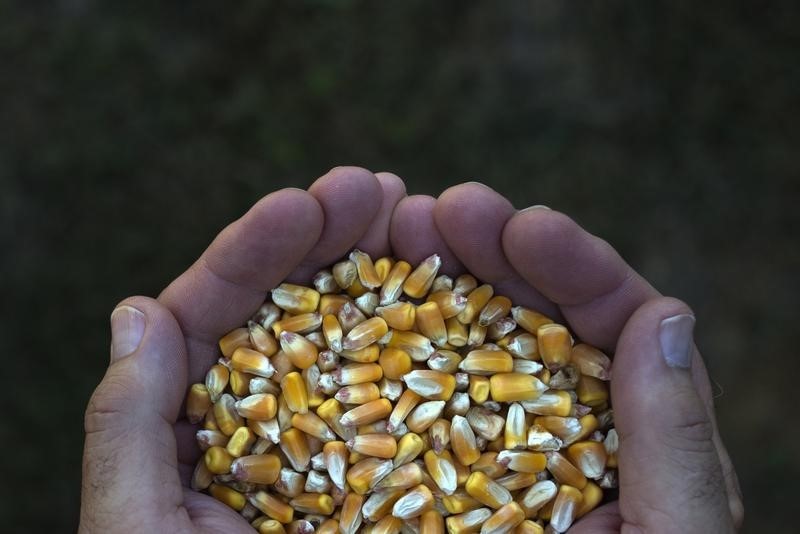 For growers of staples like corn and wheat, it’s the first time they’ve really been exposed to a fertilizer crisis fueled by an energy crunch, export curbs and trade sanctions. It now costs much more to buy chemicals needed for winter crops coming out of dormancy, and the extra expense could prompt smaller spring plantings that make up roughly a third of European grain.

Europe has been hardest hit by fertilizer-plant cutbacks on soaring costs of gas used to run them — and nutrient prices there remain at a record even as the pressure eased in North America. Europe could face a deficit of about 9% of its annual nitrogen-fertilizer needs in the first half, VTB Capital estimates. Food may get even pricier if harvests suffer or crop prices rise.

Many farmers yet to secure chemicals are either waiting until the last minute in case prices ease, or may spread them more thinly.

In Hungary, nitrogen fertilizer usage will drop around 30% to 40% this season, hurting crop yields, said Gyorgy Rasko, an agricultural economist who has farms in the country.

“If there’s a drought around the end of April and May, the effect could be even more devastating, since nitrogen helps plants survive dry days,” he said.

Nitrogen nutrients are crucial for spring growth in Europe and are used again from February. They’re also the type most affected by Europe’s energy crisis because they’re produced using gas. A first-half shortage of those types may reach up to 7 million tons, VTB said.

“Coupled with the lack of imported fertilizers, the impact will be felt even more strongly,” said Romanian fertilizer maker Azomures, which is among those that curbed output. “Crops will suffer in terms of quality and final quantity.”

Farmers in crop giants France and Germany probably booked about 70% of their nitrogen fertilizer needs for the growing season by year-end, a time when purchases are typically wrapping up, adviser Agritel said. Coverage in Black Sea nations like Ukraine and Romania may be even lower.

Some crop yields could be cut in half without nitrogen products, said Zoltan Bige, chief strategy officer at Hungarian producer Nitrogenmuvek. Polish peer Grupa Azoty SA (WA:ATTP) said other risks include a buildup of late orders and potential delivery delays.

“Grain prices at the moment are enough to compensate for the fertilizer price,” said James Webster, a senior analyst at The Andersons (NASDAQ:ANDE) ANDE Centre in the U.K. “How long that stays the case depends on the future direction of markets. While it compensates, there’s still a hefty bill to be paid.”