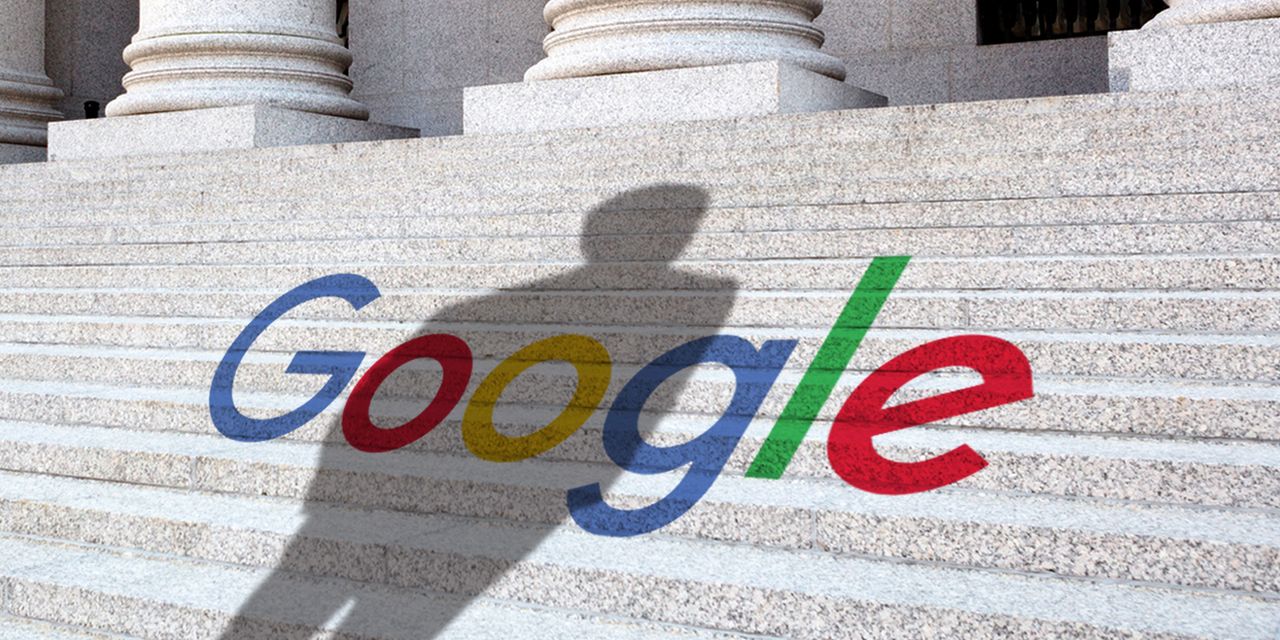 Chief executives of the parent companies of Google and Facebook colluded to manipulate online advertising sales under a 2018 scheme nicknamed Jedi Blue and signed off on it, state attorneys general allege in newly unredacted filings.

with “anticompetitive conduct.” Sections of the complaint that focused on interactions with Facebook parent Meta Inc.
FB,
,
along with other details, had been redacted previously, but most redactions were removed Friday after an earlier ruling in the case and showed top leaders of the two companies agreeing to work together.

“Google understood the severity of the threat to its position if Facebook were to enter the market and support header bidding,” the complaint reads. “To diffuse this threat, Google made overtures to Facebook.”

The Jedi Blue program had previously been exposed in court filings, but the involvement of top officials was previously unknown. While the names of Meta Platforms Inc.
FB,

CEO Mark Zuckerberg and Chief Operating Officer Sheryl Sandberg are still redacted, their titles are visible. Meta is not a defendant in the case.

“Facebook CEO [REDACTED] wanted to meet with COO [REDACTED] and his other executives before making a decision,” says the complaint. Upon agreement, “the team sent an email addressed directly to CEO,” the lawsuit says.

Sandberg and a Google senior vice president signed the agreement, the lawsuit says. “Google CEO Sundar Pichai also personally signed off on the terms of the deal,” the suit adds.

Jedi Blue has been variously described as a plan to rig the online ad market by its two biggest players in order to squeeze out competition. One assertion by the AGs is that in 2018 Google and Facebook quietly agreed to use a Google-managed system for bidding on and managing online ads. Google would give Facebook preferential rates and first dibs on prime ad placement. Facebook, which has planned to compete with Google for some advertising sales, backed down as a result, the AGs content.

Both companies on Friday denied their arrangement was illegal.

The unredacted details also provide more information about a series of Google programs, with the most prominent one named “Project Bernanke.” The states allege that program involved Google hoodwinking advertisers and publishers for years in its ad auctions, then pocketing the difference and used the resulting pool of money to manipulate future auctions to expand its digital monopoly.

The state attorneys general allege that Alphabet reaped about $230 million in annual revenue, and used the money to boost bids in another part of its online-advertising marketplace, ensuring that customers using Google ad tools won those auctions.

“The preceding gTrade programs represent an illustrative but incomplete sample of the sophisticated auction programs Google uses to exclude competition in the exchange and ad buying tool markets,” the lawsuit charges.

A Google spokesman said Bernanke was applied to “optimize advertiser bids” and make ads more effective for businesses. The company further contended in a blog post that what was alleged by AGs in the filings is a “baseless claim.”

“AG Paxton’s latest allegation — that we generated a “third price auction” or manipulated our ad exchange – is entirely inaccurate,” a Google spokesman told MarketWatch in an email. “As of September 2019, we have been running a first price auction, but at the time to which AG Paxton is referring, AdX absolutely was a second price auction. Another key area that is wrong: the Bernanke program did not artificially increase prices for buyers in any way.”

“To reiterate what we’ve said, AG Paxton’s complaint is full of inaccuracies and lacks legal merit. Our advertising technologies operate in a highly competitive environment in which our success depends on delivering strong yields for publishers and effective returns for advertisers large and small.”

“Meta’s nonexclusive bidding agreement with Google and the similar agreements we have with other bidding platforms, have helped to increase competition for ad placements,” a Meta spokesman said in a statement Friday. “These business relationships enable Meta to deliver more value to advertisers while fairly compensating publishers, resulting in better outcomes for all.”

The antitrust lawsuit is accompanied by a separate antitrust case by the Justice Department and more than three dozen state attorneys general, which focuses on Google’s search services. Both cases are set for trial in 2023 or later.