Home
Stocks
: Will this COVID-19 wave lead to herd immunity? Are you less likely to get sick again if you had omicron? Why this ‘milder’ variant is a double-edged sword
Prev Article Next Article 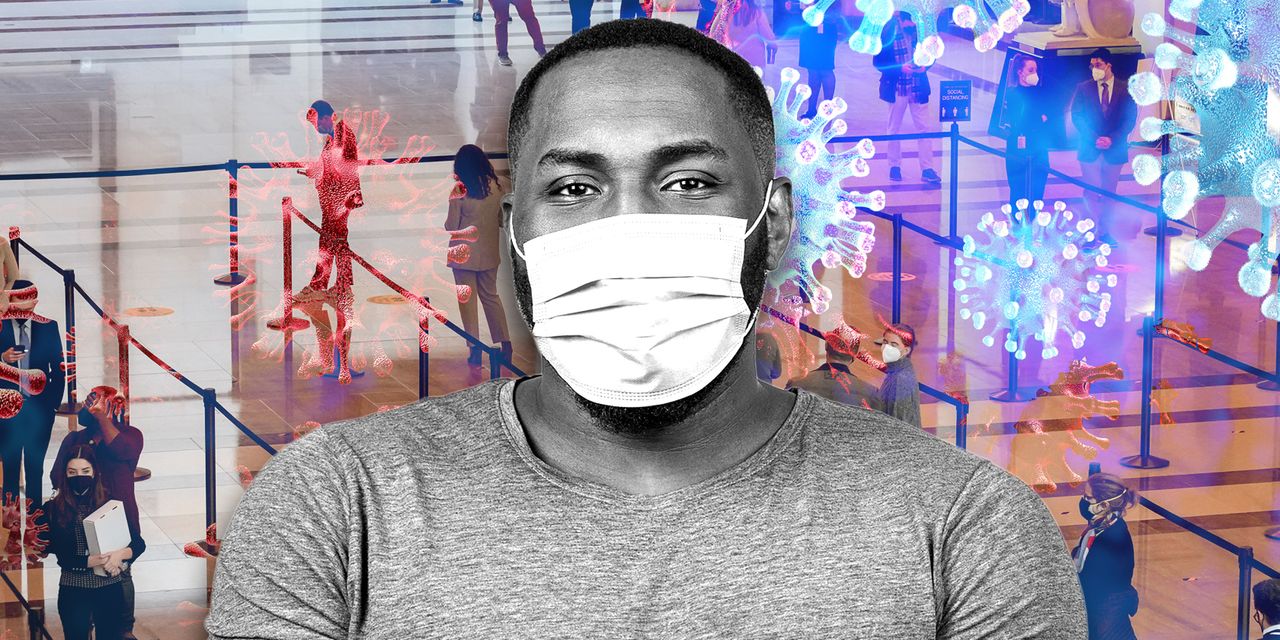 “I think we’re all going to get it. It’s just a matter of time.”

How many times have you heard a friend or family member say that in the last few weeks? The Centers for Disease Control and Prevention has relaxed its isolation guidelines. Is it any wonder that some people appear to be letting their guard down, and dining out in crowded restaurants as a highly contagious variant blazes its way through schools, social venues and households?

So what if you have tested positive for omicron, the highly transmissible variant of COVID-19, the disease caused by SARS-CoV-2. Now, what? Can you go about your business in the knowledge that you have the COVID-19 antibodies and you’re less likely to test positive for the coronavirus again anytime soon? Should you be as afraid of omicron as, say, delta?

Epidemiologists are weighing the significance of the latest omicron wave, and wondering how — if at all — it could change the course of the pandemic. They’re breathing a sigh of relief that the omicron variant appears to be less severe, but beyond that the world is once again playing Russian Roulette with a virus that is finding new ways to survive.

“Have you heard of omicron parties where people get together with others who are infected with omicron in order to get the ‘milder’ infection?” asks Dr. Gregory Poland, who studies the immunogenetics of vaccine response at the Mayo Clinic. “We’re experiencing what we’re experiencing because of virus behavior and human behavior. Human behavior is the only thing we can control, and we’ve ceded that.”

Aaron Glatt, chair of the Department of Medicine at Mount Sinai South Nassau, is more optimistic. “We are seeing many, many more people getting infected, but thank God omicron is a less severe illness. We’re seeing less hospitalizations, less ICU admissions, less intubations and less death.” That’s as a proportion of new cases, which has reached a daily average of 678,271, up 271% over two weeks.

Omicron may be proving less severe than delta, but its rapid infection rate is still creating a high number of very sick Americans. The high rate of contagion has also led to a 16% increase in deaths over the last two weeks to a daily average of 1,559 fatalities. The hospitalization rate has risen 83% over the last two weeks to reach a daily average of 132,086, per to the New York Times daily tracker.

“While children still have the lowest rate of hospitalization of any group, pediatric hospitalizations are at the highest rate compared to any prior point in the pandemic,” Rochelle Walensky, director of the CDC, said. “Sadly, we are seeing the rates of hospitalizations increasing for children zero to four, children who are not yet currently eligible for COVID 19 vaccination.”

The next COVID-19 variant could be worse

Public-health advisers obviously advise against throwing caution to the wind, and going out and mixing socially with other people indoors with no masks and little social distancing — and not only because of the impact people taking time off work would have on the economy. “Ideally, the less potential for omicron to spread, the less likely there will be for new strains to pop up,” Glatt told MarketWatch.

Among the latest variants discovered was IHU in France, which is thought to have come from Cameroon. It has not been marked as a variant of interest, variant of concern or variant of consequence by the World Health Organization. But it is a portentous sign that the world is a far from the end of the pandemic. “We long ago gave up the opportunity to eradicate this,” Poland told MarketWatch.

First, some potential good news. Research led by Alex Sigal, a researcher at the Africa Health Research Institute and associate professor at University of KwaZulu-Natal in South Africa, found that omicron infection “enhances neutralizing immunity against the Delta variant.” The study was a small project with just over a dozen patients. It was published last month, and has not yet been peer-reviewed.

“‘We long ago gave up the opportunity to eradicate this.’”


— Dr. Gregory Poland, who studies the immunogenetics of vaccine response at the Mayo Clinic

The increase in delta variant neutralization in those infected with omicron may result in a reduced ability of delta to re-infect them, the research suggested. “Along with emerging data indicating that omicron, at this time in the pandemic, is less pathogenic than delta, such an outcome may have positive implications in terms of decreasing the COVID-19 burden of severe disease.”

“If omicron does prove to be less pathogenic, then this may show that the course of the pandemic has shifted,” Sigal said in a statement. “Omicron will take over, at least for now, and we may have less disruption of our lives.” However, that’s a big “if” and perhaps an even bigger “maybe,” infectious disease doctors contend. It does not preclude more variants finding their way across the world.

Now, the bad news. The spread of the virus opens up the possibility of more variants, and in this viral game of whack-a-mole the next one may be worse than the last. It has more of a chance of doing so in the unvaccinated, the immunocompromised, the elderly and other vulnerable populations. Given its transmissibility, we have been very fortunate that omicron wasn’t more deadly.

Paul Sax, clinical director of the Division of Infectious Diseases at Brigham and Women’s Hospital, wrote on Twitter
TWTR,

that vaccination helped enormously: “It boggles the mind to contemplate what would have happened if omicron had encountered a completely immunologically naive population, and efficiently replicated in the lung like other variants.”

The distant prospect of herd immunity

The omicron wave could provide a wall of immunity for the more vulnerable people. “It certainly has the potential to infect many people and that could be a positive thing, at least they have immunity against COVID-19 or the omicron strain,” Glatt said. “That could theoretically bring us closer to herd immunity, and get around those who are not vaccinated.”

That’s only a theory, and a tough one to prove at that. Herd immunity — the idea that once a high proportion of a population has contracted or been vaccinated against a disease, the likelihood of others in the population being infected is drastically reduced — remains tantalizingly out of reach even with 62% of the U.S. population fully vaccinated.

Here’s one take on increasing a society’s immunity, if not reaching herd immunity: Takeshi Arashiro, an infectious disease researcher at Japan’s National Institute of Infectious Diseases in Tokyo, and his fellow researchers, published a study — that has not yet been peer-reviewed — suggesting that countries that saw infections from other variants may have been spared the worst of the omicron wave in 2022.

“‘It’s not clear how long you are protected from getting sick again.’”

There’s a catch. A key tenet of achieving herd-immunity is the separation of those at a lower risk of dying from the higher-risk group — people over 70 and with pre-existing conditions. As the lower-risk group contracts the virus, immunity spreads in the so-called herd, lowering the risk for those in the higher-risk group. The real world is notoriously unpredictable, and not a neat laboratory setting.

Ultimately, asymptomatic spreading is another “Achilles’ heel” and complicates any herd-immunity strategy where infected people are kept separate from the more vulnerable. The latter group, in reality, cannot remain house bound and without contact with anyone who is not considered vulnerable for months — possibly years — or however long it takes to reach the critical herd-immunity level.

And it would take 70% of the population or over 200 million people to recover from the virus, according to the Mayo Clinic. “This number of infections could lead to serious complications and millions of deaths, especially among older people and those who have existing health conditions,” the Mayo Clinic wrote. “The health care system could quickly become overwhelmed.”

As WHO points out, nor does herd immunity by infection account for the possibility of reinfection with the omicron or delta variants and, as mentioned, the emergence of new, unknown variants. “It’s not clear how long you are protected from getting sick again after recovering from COVID-19. Even if you have antibodies, you could get COVID-19 again,” the Mayo Clinic says.

Read next: COVID-19 vs. the flu. If you test negative on an antigen test, don’t assume it’s a common cold or influenza. Here’s why