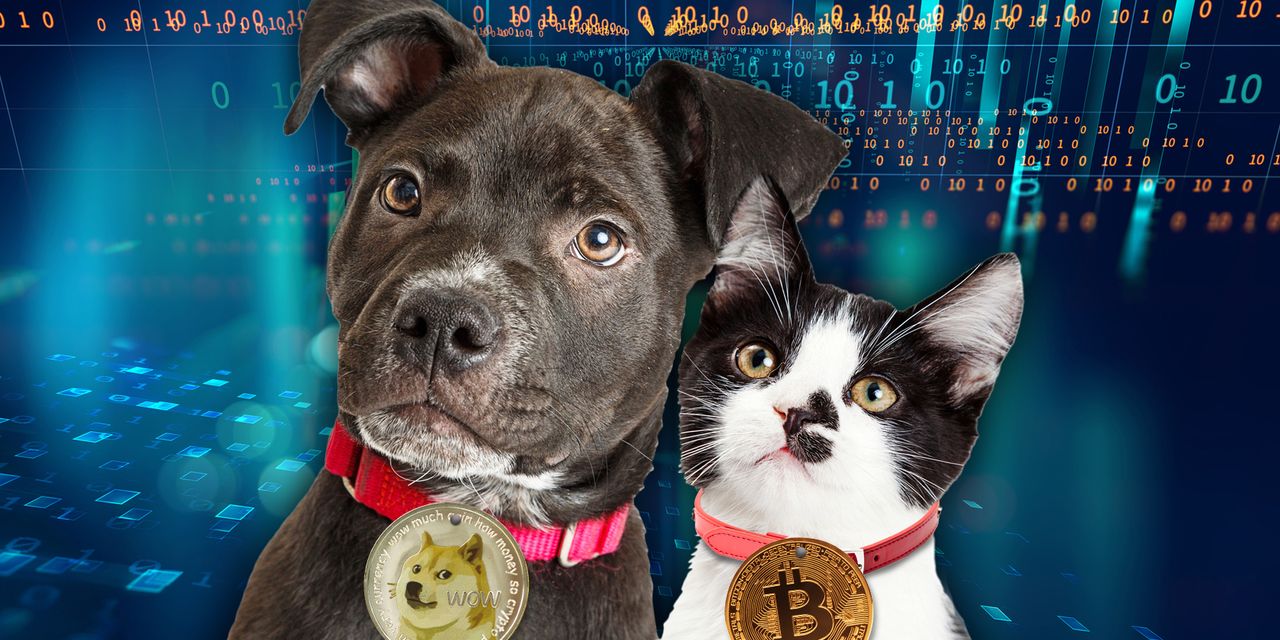 The crypto craze is going to the dogs.

Pet owners are actually naming their dogs “Doge” and their cats “Bitcoin,” according to Rover.com’s 2021 Most Popular Pet Names and Trends of the Year report.

The online pet marketplace has published an annual report on trending pet names for the past nine years. And 2021 marks the first time that Bitcoin
BTCUSD,

made the list; it’s apparently a trending name for cats.

founder Jeff Bezos also made the list for the first time — and cats named “Elon” in particular were trending up by 343% over last year.

It’s been a big year for Dogecoin
DOGEUSD,

— the meme cryptocurrency that started as a joke, but is up 4,520.54% for the year (although it’s down around 4% over the past five days.) So it shouldn’t come as too much of a surprise that doggos named “Doge” were up 106% this year, according to Rover.com.

virtual assistant “Siri” were up 131%; while pups named after Alphabet’s
GOOGL,

Some honorable mentions for pandemic pet monikers also include the vaccine-inspired “Pfizer”
PFE,
,
along with “Vax” and “Dolly Parton,” who made headlines earlier in the pandemic for donating $1 million to Vanderbilt University Medical Center, which helped develop the Moderna
MRNA,

So what about the overall most popular pet names that aren’t super-trendy? The top female dog names for 2021 are Bella, Luna, Lucy, Daisy and Zoe, while the top male dog names are Max, Charlie, Cooper, Buddy and Milo.

Check out the full report here.