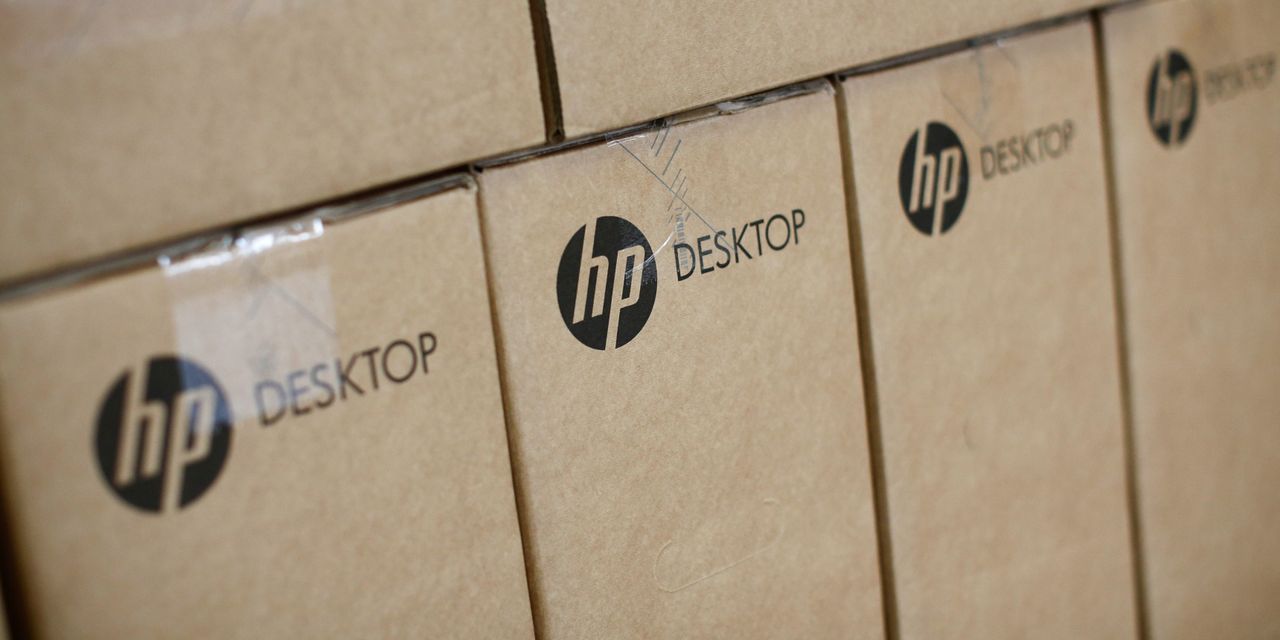 The pandemic-fueled boom in the personal-computer business is continuing unabated, despite some concerns last quarter, and helped along by further strength in corporate sales.

were both indicators that strong, double-digit growth is expected to continue in the next few quarters, even amid component supply constraints.

“Revenue and operating profit each grew double-digits in Q4 and our disciplined execution and pricing strategy allowed us to effectively manage cost and components headwinds,” HP Chief Executive Enrique Lores told analysts on the company’s earnings call. Its fiscal fourth-quarter results blew past Wall Street’s expectations, thanks to a 13% surge in overall PC sales.

HP shares initially jumped 15% in after-hours trading, then fell back to close the extended session at around $34.61, or up 7.5%.

Revenue in the company’s printer business was flat, however, and consumer PC sales fell 3%. But sales to corporate enterprises soared 25%, fueled by companies preparing for workers coming back to the office after working from home for more than 18 months. Even so, HP said it could not meet all the demand and said it has a “significantly elevated order backlog.”

“As offices reopen, we led a shift towards Windows-based commercial products, where we saw the strongest demand and highest profitability,” Lores said.

Dell Technologies also had a strong performance, and had much better growth in both consumer and corporate sales, making up for its slower growth in storage, networking and servers. Dell also said it saw the highest year-over-year market-share gain in PCs in the company’s history for the calendar third quarter.

Dell, too, cited companies buying new equipment for staff as they gradually return to the office.

Both companies are still confident in strong demand among consumers as they approach the holiday shopping season, but are still dealing with supply constraints of certain components. Dell’s Clarke rattled off a list of the core components that were in short supply, many of them power components.

“Overall we feel good about the demand environment, and it’s going to continue to be challenging from a supply-chain perspective,” Dell Chief Financial Officer Tom Sweet told analysts. Dell is looking for overall revenue growth for the calendar fourth quarter of 12% to 16%.

HP did not provide revenue growth projections, but said that it expects to see growth in its PC business, particularly from strong demand in commercial systems and stronger pricing. “We expect solid PS [personal systems} revenue growth to continue into fiscal 2022.” Myers said.

Investors were right to be a bit jittery about PC demand, as seen in HP’s consumer business, but both companies are continuing to ride a wave now fueled by corporate buying. One analyst did voice his concern about whether HP might see a sharp decline in demand once the component constraints ease.

HP executives said this was something they pay attention to and constantly monitor, especially order cancellations — and that they don’t see any cancellations.

A boost in commercial PC sales is a big boon for both companies, with the higher prices and higher profits that accompany those sales offsetting any slowdown in consumer PCs, which is bound to happen soon enough. But for now, investors can enjoy the continuation of the boom.