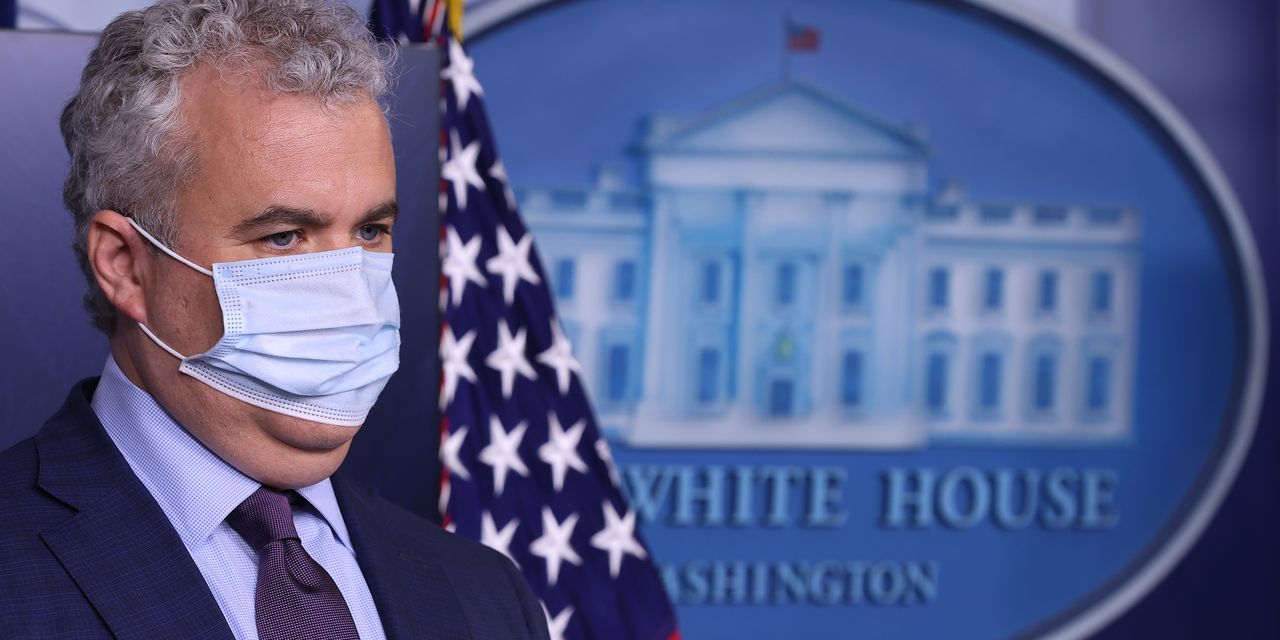 Don’t expect the U.S. to lock down again, even though some European countries are reimposing tough COVID-19 restrictions amid a surge in new cases.

“We are not headed in that direction,” White House coronavirus response coordinator Jeff Zients said Monday at a press briefing. “We can curb the spread of the virus without having to in any way shut down our economy. We have 82% of people now with one shot and more and more people getting vaccinated each week.”

That vaccination rate is even higher among government workers, who faced a Monday deadline to get their shots.

“Ahead of tonight’s deadline, the federal government has achieved 95% compliance, and 90% of the 3.5 million federal workers are already vaccinated,” Zients said. (Five percent have submitted exemption requests for religious or medical reasons that have either been approved or are pending.)

Overall, about 74% of Americans over the age of 5 have received at least one shot, while 63% are fully vaccinated, according to the latest data from the Centers for Disease Control and Prevention. The 82% figure cited by Zients refers to adults over 18 with at least one shot.

“This is under our control,” Zients said, adding “we need to use the tools we have” –vaccinations, boosters and antibody treatments — “to keep people safe without going backwards in any way, shape or form.”

New COVID-10 cases are on the rise in the U.S., but Europe is currently the hotbed of new infections, with Austria instituting a national lockdown Monday and the Netherlands, Belgium, Denmark, Italy, Switzerland and Croatia imposing new restrictions.

Germany’s health minister,  Jens Spahn, gave an ominous warning Monday that by the end of winter, “pretty much everyone in Germany … will be vaccinated, cured or dead.”

“When you look at the total immunity in the German population, it probably is lower than in the U.S.,” Gottlieb, a Pfizer Inc.
PFE,

board member, said in an interview on CNBC’s “Squawk Box.”

“I’m not saying that we’re impervious to spread here … But I think we’re in a certain different situation than Germany right now because we’ve endured a lot of prior waves of infection, and Germany has controlled the infection to a better extent in the prior waves,” Gottlieb said. “Now, the delta strain is getting out of control there.”