Home
Stocks
Weekend Sip: Arby’s has the meats — and the vodkas
Prev Article Next Article 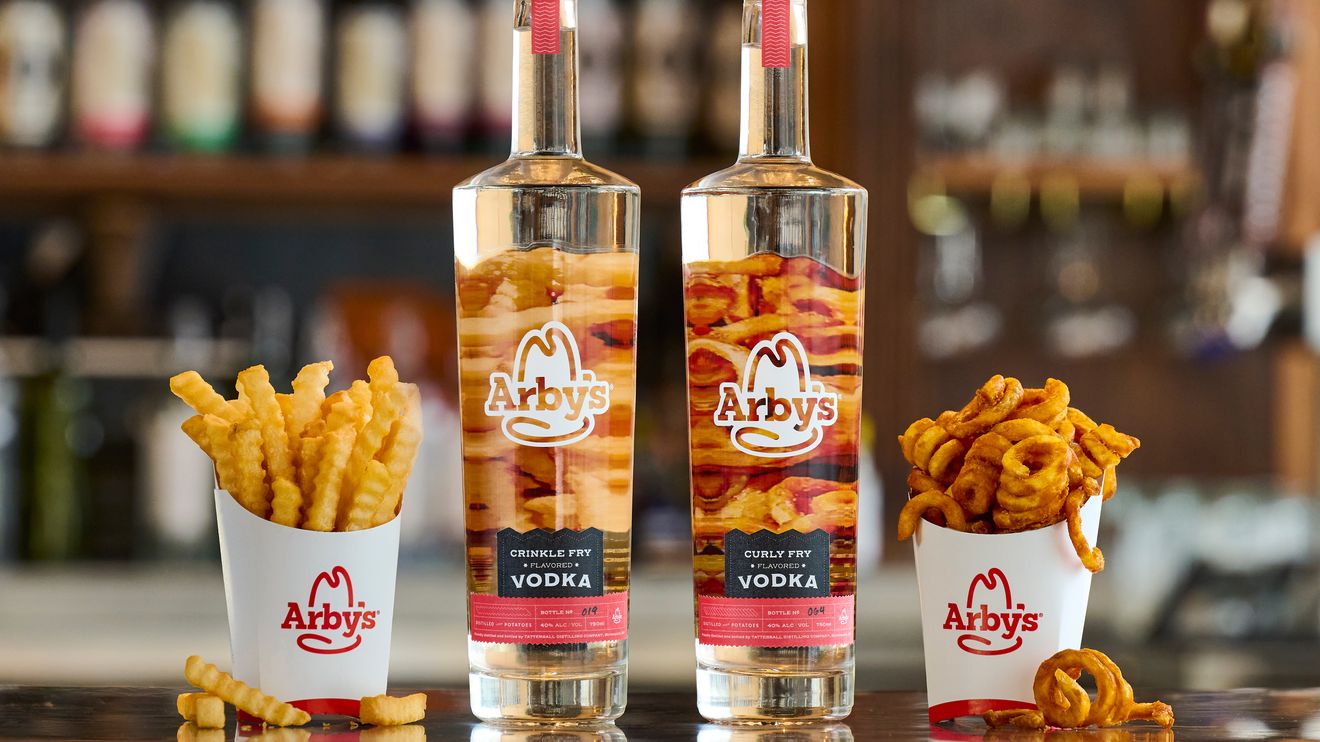 A recent “Saturday Night Live” skit lampooned the ever-growing hard-seltzer category, imagining a world in which companies like JCPenney and Jiffy Lube offered their own versions. But it’s not necessarily that far from the truth. Think of Stewart’s, the convenience-store chain that is known for its root beer — and now its hard seltzer. Or think of the many booze brands that regularly collaborate with fashion names on special releases.

All of which gets us to this point: Arby’s, the fast-food giant famous for its “We have the meats” branding, is going into the flavored-vodka business.

To be clear, Arby’s is not saying its release of two fry-flavored vodkas is intended to mark a permanent move into the booze world. If anything, this is more a gag-minded promotion, similar to what the chain has done in the past, such as with its offering of a deep-fried-turkey-themed pillow. It’s also a way for Arby’s to call attention to its, well, fries, especially the new crinkle-cut version that it recently released (its seasoned curly fries have long been a menu staple). “The goal was to generate awareness around the fact that we’re the only (fast-food restaurant) with two types of fry options available,” said Patrick Schwing, Arby’s chief marketing officer.

But how does a fast-food chain go about making flavored vodka? In Arby’s case, it partnered with Tattersall Distilling, a craft spirits producer in the Midwest. Schwing says the base vodka used for the Arby’s products is made from potatoes — hey, it’s only logical — and real (as opposed to artificial) flavorings went into the recipe. Much testing was done “to ensure each vodka reflected the distinct flavor detail” of the two types of fries, Schwing added.

What we think about them

We’re fans of Arby’s roast-beef sandwiches and we enjoyed sampling its new take on a McDonald’s McRib. But we were skeptical about an Arby’s fry-flavored vodka, let alone two versions of it. The good news is that there’s nothing particularly offensive or over-the-top about the vodkas. They have a mild taste of fried potatoes — and in the case of the curly-fry version, a hint of the seasoning that goes on the fries. But the flavoring is so mild, especially in the case of the crinkle-fry vodka, that it’s almost too subtle. We wouldn’t recommend rushing out to buy these vodkas if you’re a serious vodka sipper, but they could be a fun item for serious Arby’s fans.

How to enjoy them

We tend to like our vodka in a martini — and because these are not so heavily flavored, they will work reasonably well for that classic cocktail. But Arby’s has offered recipes (on its dedicated vodka website) for different versions of a Bloody Mary that it says are perfect with the fry-flavored booze. By the way, the vodkas are currently sold out, but Arby’s says more bottles will be released on Nov. 22.