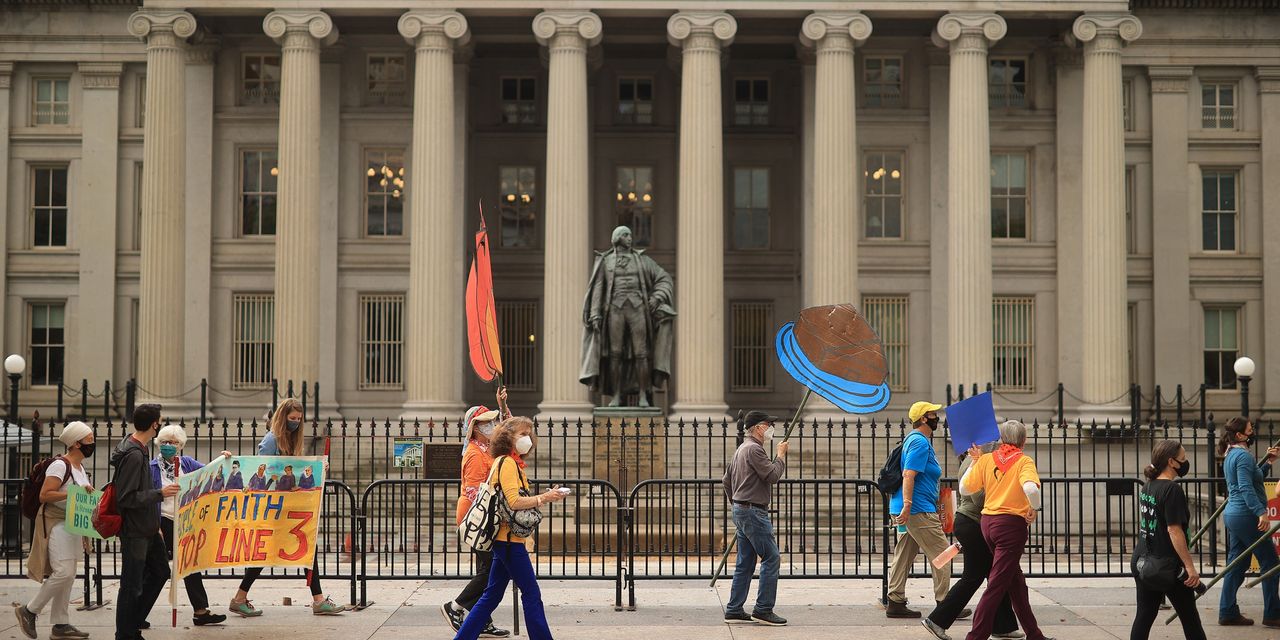 The Treasury Department said Monday it expects to borrow $1.015 trillion in the fourth quarter, which is $312 billion higher than previously estimated. The increase was driven, in part, by a lower cash balance than expected. The updated forecast includes an end-of-quarter cash balance of $650 billion.

Looking ahead to the first quarter, Treasury said it expects to borrow $476 billion in net marketable debt with a cash balance of $650 billion.

These estimates assume Congress will raise or suspend the debt limit.

In the July-September quarter, Treasury said it borrowed $103 billion in net marketable debt and ended with a cash balance of $215 billion. This was much lower than the Treasury’s prior borrowing estimate of $673 billion, which included a cash balance of $750 billion.

A temporary truce between the two parties last month resulted in the debt limit being extended until Dec. 3.

It is not certain after that how long Treasury will be able to stay under the debt ceiling after early December. The department will continue to use extraordinary accounting measures to maintain standard operations.

Analysts predict the so-called X date will come between mid-December and mid-February. That’s the term for when the department would exhaust what are known as extraordinary measures and lack the cash to meet all its financial obligations.

Analysts expect Congress to act on the debt ceiling before the end of the year.

Essentially, the Treasury’s financing estimates are “arbitrary” until Congress acts, said Lou Crandall, chief economist at Wrightson ICAP, in a note to clients.

Additional financing details related to the Treasury’s quarterly refunding will be released at 8:30 a.m. Eastern on Wednesday.

The yield on the 10-year Treasury note
TMUBMUSD10Y,