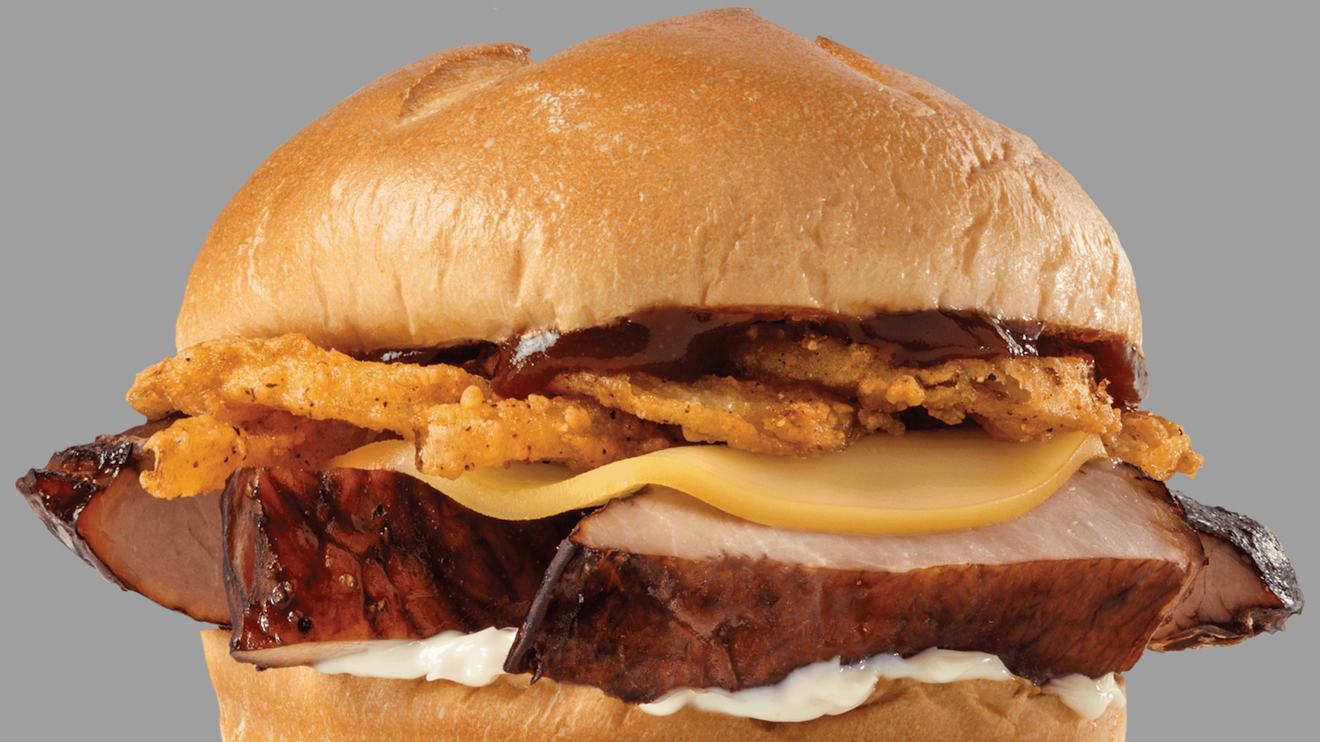 Arby’s wants to give McDonald’s
MCD,

a good ribbing — in every sense of the term.

The privately held chain, best known for menu items like roast-beef sandwiches, curly fries and the Jamocha shake, recently rolled out a Country Style Pork Rib sandwich as a limited-time fall offering. There’s no mistaking what it’s about: a direct challenge to McDonald’s McRib — the ultimate exemplar of a popular menu item that returns with sudden fanfare, only to suddenly disappear.

Indeed, the McRib, which is returning once again this fall, has become more than a menu item. It’s a cultural icon — an oblong-shaped sandwich with a boneless pork patty, designed to look like a set of ribs, as its star. Homer Simpson sang its praises (well, it was referred to as a Ribwich in the “The Simpsons” episode, but you get the point). Marketers have marveled how it became so popular (“the first viral fast-food phenomenon,” as it once was dubbed). And ultimately, people just keep gobbling it up: A Wall Street Journal story once noted that McDonald’s sold more than 60 million of the sandwiches over a three-year period — in spite of the fact it’s available in such limited fashion.

Arby’s appears to be doing two things with its challenger of a sandwich. First, it’s asserting that it can have some fun with the competition: Just look at this commercial that mocks the McRib at every turn, calling it a “hilarious” bite. In the process, Arby’s is playing up the lighthearted approach exemplified by its “We have the meats” branding.

But the chain is also trying to make the point that it aims to up what we think of as fast food — its devotees sometimes refer to it as America’s most underrated fast-food chain — and it can do so with a sandwich that has real barbecue pork, as in actual pieces of smoked meat. Or as Arby’s marketing executive Patrick Schwing told me: “We want someone to drive through the drive-through and say, ‘I can’t believe I got this from a drive-through.’”

There’s just one problem from my food-critic vantage point: As much as I hate to admit it, I, too, like the McRib (more on that later).

“There’s something unholy about pork that has been ground up and molded to resemble, well, a piece of pork.”

Mind you, I like Arby’s new sandwich in some respects. It does have the meat — decent-size slabs of pork shoulder (not quite “ribs,” but close enough). And the meat tells us it’s been smoked: Even before I knew the exact details behind the sandwich — I learned the pork comes via Sadler’s, an East Texas smokehouse — I could tell this was the genuine thing just from its deep, kissed-by-burning-wood flavor. If anything, the sandwich suffers from being too smoky taste-wise.

The real issue, however, is that Arby’s doesn’t quite offset that smokiness in the right way. The sandwich is a heavy affair with its toppings of smoked gouda cheese, fried onion strings, mayo and barbecue sauce. (It’s also a bit heavy in the nutrition department, with 500 calories, 23 grams of fat and 1,450 milligrams of sodium.) What it needs is something vinegar-y or crunchy to balance things out — say, pickles or raw onions (or perhaps pickled onions).

Meanwhile, there’s the McRib, now in its 40th year of making occasional appearances on the Golden Arches menu. Let’s be honest: This is more Frankenfood than real food. There’s something unholy about pork that has been ground up and molded to resemble, well, a piece of pork. But McDonald’s didn’t get where it was without making things taste delicious (and, yes, without having a smart marketing strategy — would we care as much about the McRib if it was available all the time?). For its part, McDonald’s didn’t respond to a request for comment about its take on Arby’s offering a competing sandwich, though it referred to a press release that touted the McRib as “tangy and tantalizing.”

The corporate hyperbole notwithstanding, the description isn’t too far off the mark. What the McDonald’s sandwich does is trick your taste buds in a beguiling way. The patty is like a beef hamburger, yet it’s not — the flavor is a bit like that of a yummy pork breakfast sausage. And there’s the barbecue sauce — way too sweet (and way too generously slathered on), but it somehow adds to the craveable factor (we’re a nation that loves sugar, after all). And oh yeah, McDonald’s put pickles and onions on its rib sandwich — smart move.

Ironically, Arby’s may be helping McDonald’s at its own game, says veteran fast-food analyst Mark Kalinowski. That is, it’s giving McDonald’s “a little bit of free publicity,” he says, even as it pokes fun of the McRib.

Ultimately, I say there may be room in the fast-food market for more than one rib sandwich — after all, there’s room for gazillions of burgers. And this could be a case of different strokes for different folks: If you want real smoked meat, Arby’s is clearly the place to go. If you want a porky, sweet sensation, make it McDonald’s — while the McRib is still available, of course.