Home
Stocks
Europe Markets: Europe stocks off highs as Deutsche Bank slides after results
Prev Article Next Article
This post was originally published on this site 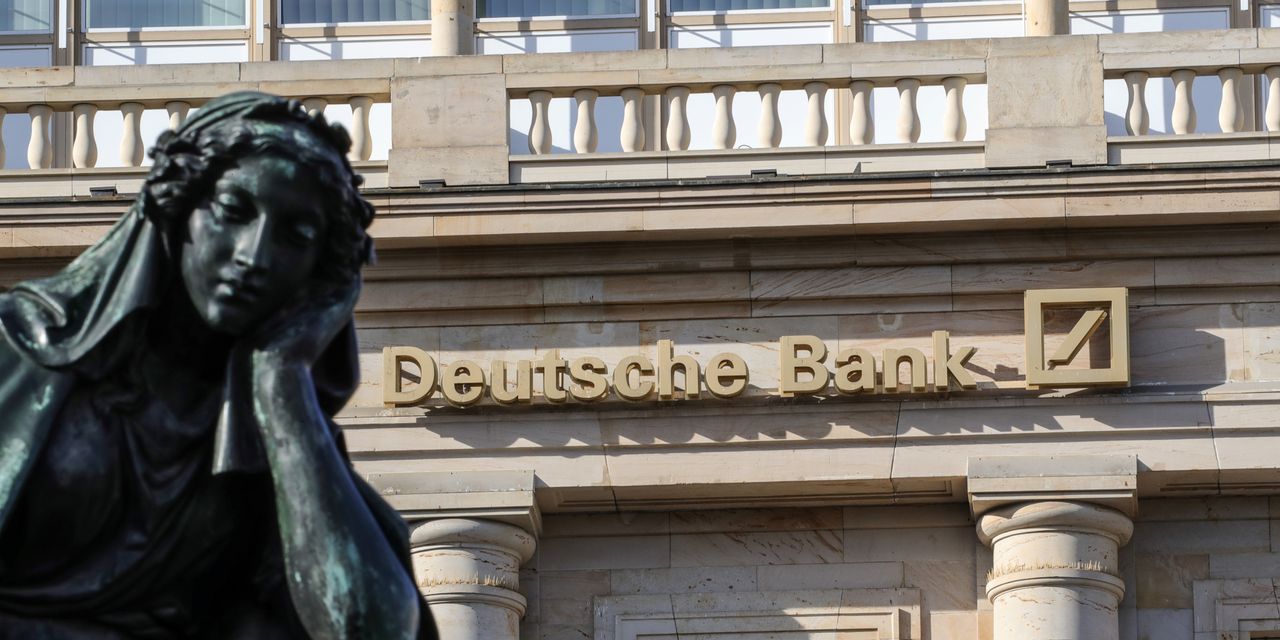 European stocks slipped on Wednesday, following the second-highest close ever for the main index, as Deutsche Bank results disappointed, dragging the heavily weighted financial sector down.

The biggest Stoxx 600 gainer was SEB
SK,
,
which rose 13% after well-received results from the French consortium and producer of small appliances. Third-quarter earnings included another lift to fiscal 2021 growth guidance and a rebound for its professional segment, noted a team of Citi analysts led by Edward Maravanyika.

The beats by Deutsche were largely due to lower loan losses, noted Citi’s Jason Bazinet and Steven Sheeckutz. “2021 revenues are still expected to be ‘essentially flat’ vs 2020, consistent with prior guidance and below consensus for a 3% increase,” said the pair, in a note.

SAN,
,
down over 2%. The Spanish banking giant said it would outperform profitability guidance after reporting higher third-quarter earnings, as revenues rose and provisions eased.

Jefferies analysts Benjie Creelan-Sandford and Marco Nicolai said momentum for the bank on net interest income and provisions undershooting should be welcomed, but its weak spots remain higher group costs and provisions for Brazil operations.

On the higher side, Puma
PUM,

shares jumped over 3% after the German sportswear maker reported better-than-expected results, along with a guidance lift for the full year and expected momentum acceleration in EMEA/Americas, noted RBC analyst Piral Dadhania.

climb on news of tax cuts for beer and sparkling wine.

fell after a government watchdog said the budget laid out by Chancellor Rishi would lift the country’s tax burden to 1950s era highs.