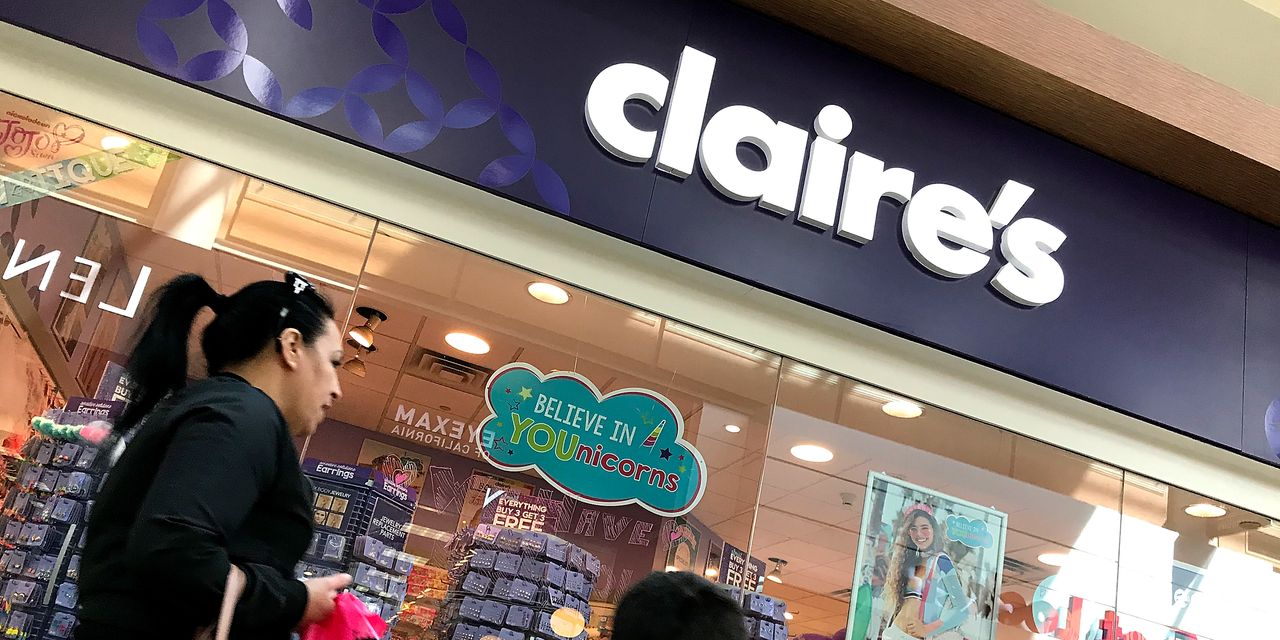 Shopping-mall staple Claire’s Holdings Inc. has filed for an initial public offering, according to a filing late Wednesday.

The specialty retailer, which has pierced the ears of millions of tweens and teen girls and sold them often-colorful jewelry, accessories and toys, listed mounting losses on its most recent quarter, but said it had identified opportunities for faster growth.

Claire’s filed for bankruptcy in 2018, saddled with nearly $2 billion in debt and one of the many casualties of dwindling foot traffic in malls. It had been taken private nearly a decade earlier.

Claire’s Holdings seeks to sell $100 million worth of shares, although that figure is often a placeholder used to calculate fees. Underwriters include Goldman Sachs and Citigroup. Claire’s plans to list its stock on the New York Stock Exchange under the symbol CLRS.

Claire’s Holdings said it had 1,390 company-operated Claire’s stores in the U.S. and nearly 900 in Europe, in addition to franchised stores mostly in the Middle East and in South Africa.

“Our retail stores offer a fun ‘treasure hunt’ shopping experience that encourages our customers to explore and find the latest trends to create their own unique look,” it said in the prospectus. “Our management team has identified and enacted initiatives to leverage our strong brand equity and recognition in service and product excellence to accelerate growth, amplify brand value, expand our offerings and optimize our operating structure.”

Claire’s expects to invest more than $150 million by the end of the fiscal year to “better align our offering with consumer trends, augment our physical and digital presence and enhance growth,” it said.

The company was taken private in 2007 in a leveraged $3.1 billion buyout, one of the many retailers to be snapped up by private equity around that time.

The IPO market has been on fire this year, with Renaissance Capital saying that the third quarter was “another record quarter in a record year.” Some 94 IPOs in the quarter raised $27 billion, the busiest quarter by number of deals since 2000, it said.

“Following an explosive second quarter, activity remained brisk before tapering off in the typically slow month of August, coming back strong after the Labor Day holiday,” Renaissance said in a report this week.