Home
Stocks
Next Avenue: Millions of older Americans live on the economic edge—evictions will send them into homelessness
Prev Article Next Article 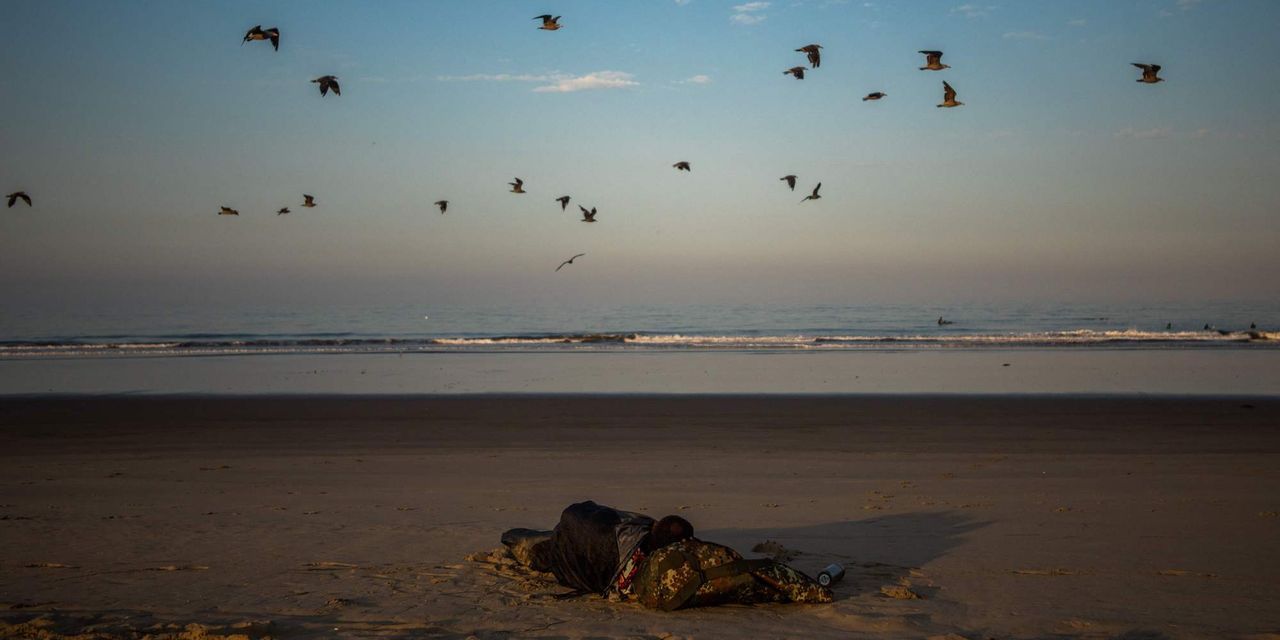 In late August, the Supreme Court ruled that evictions can resume, despite an effort by the Biden administration to temporarily ban them due to the pandemic. The impact of this ruling could have dire consequences for many older adults already on the financial brink.

In fact, the number of homeless people who are 55 and older is rising at an alarming rate. I have seen this first hand as the CEO of Central Arizona Shelter Services (CASS), a 470-bed homeless emergency shelter in downtown Phoenix. Roughly 30% of our clients are over 55. Many more are in their 60s, 70s and 80s. We have even served people in their 90s. But because we are a mass shelter, we can’t offer these clients accommodations to make their stay more comfortable and safe.

In fact, at a shelter like CASS, many of these clients have to climb into bunk beds or sleep on thin mattress pads on the floor.

It’s time to do better.

People find this hard to believe, but the data does not lie. Between 2016 and 2019, CASS tracked a 31% increase in the 55-and-older homeless population. And the number of 65+ homeless adults is projected to triple by 2030, according to the report, The Emerging Crisis of Aged Homelessness.

Also see: Does the U.S. have a retirement crisis?

At CASS, our guests sleep in large, crowded, dormitory-style rooms, using shared bathrooms and meeting rooms. CASS, like many large shelters, is not equipped to cope with an aging homeless population. Some use wheelchairs or other mobility devices like a walker; others have dementia or some type of cognitive impairment.

Even more heartbreaking is that many have never experienced homelessness before. It is incredibly frightening and even unsafe for some.

While we have taken extraordinary measures with cleaning, PPE (personal protective equipment) and staffing during the pandemic, we are again experiencing an uptick in COVID-19 from the highly contagious delta variant. Not everyone who comes through our shelters is vaccinated, which means an outbreak is possible.

Read: How the COVID crisis is making retirement inequality worse

At the same time, more older adults continue to flood into CASS.

Meet 75-year-old Judy: her roommate (who also happens to be her landlord), obtained an eviction notice against her, even though Judy paid her rent on time. This was before the availability of the COVID-19 vaccine and her roommate did not feel safe sharing her home with Judy anymore. Judy had never been homeless before. She didn’t understand how the judge could sign the order with the eviction moratorium in place.

Still, Judy told me that she felt lucky that “she only had to sleep in her car for a week” before CASS staff found her and offered her a hotel room where she could isolate until she could get back into housing.

Louis is 71 and a Vietnam Veteran. He was also evicted, from the home he shared with his mother after she died. Louis has PTSD and a medical disability. It was the first time he had been to CASS.

Also on MarketWatch: Your retirement is years away. Can you count on Social Security?

And just two weeks ago, staff from CASS found two women — ages 86 and 66 — wandering the streets of Glendale, Ariz. when temperatures were in the triple digits. Fortunately, we were able to bring them to our downtown shelter where they shared a room with 100 other women ranging in age from 18 to 80.

Living on the edge

In America, millions of older adults exist on the economic edge. Many become homeless when their rents are raised; others when they have a medical crisis or lose a spouse. The cards are especially stacked against the poorest — many live on no more than $1,000 a month in Social Security income. That’s hardly enough to cover the costs of rent, utilities, medications and food.

Related: Millions more seniors are likely to fall into poverty

Now, with the expiration of the eviction moratorium and an already deteriorated social services safety net, what comes next could be apocalyptic for many of America’s older adults.

This, no doubt, sounds terribly grim. But not all is lost. States can still act to provide greater protection under their own eviction moratoriums. Some are in the process of extending protections, while others have already done so including California, Hawaii, Minnesota, New Jersey, New Mexico, New York and Washington.

The question is: Will more states, including my own state of Arizona, act to provide extended protection on this politically divisive issue, where party lines have already been drawn in Congress?

I believe we should push for a compromise: We must ask Congress (as well as all states) to continue to protect at least those individuals who are 60+ under eviction moratoriums. This would be rational and in the best interests of the public health, since older adults are more likely to die of COVID-19.

During the first nine months of 2020, almost 40% of the 527 individuals experiencing homelessness who died in the Phoenix-area were 55 and older.

While we should have prepared for all this, there has never been a better opportunity to use one-time federal emergency funding to take action by buying hotels for temporary housing.

In June 2020, CASS, alongside the city of Phoenix, opened Project Haven Hotel. It allowed COVID-19-negative adults, 60 and older, to isolate in their own rooms versus having to stay at CASS. The dignity of having their own space allowed them to stabilize, to stay safe from the pandemic and eventually find permanent housing.

Despite the age and acuity of the 230 people served at Project Haven Hotel, including the 39% who were chronically homeless, 70% of all clients were successfully rehoused — a figure considered high in terms of homeless-outcome measures.

Project Haven Hotel was a temporary solution, but it delivered dignity to older adults during the pandemic. It was also proof that such a model offered better results for older homeless adults. And now, using federal emergency funding, CASS is in the process of buying a permanent 130-room hotel, which will become our permanent shelter for homeless adults age 55 and older.

Modeled after the Project Haven Hotel, this new location will be a closed-campus, meaning all services will be on-site, including meals, health care, counseling, laundry, recreation, security, case management and housing navigation services.

First of its kind

This new shelter model will be the first emergency facility of its kind in the nation and is exclusively for displaced older adults. It is an effort that has taken years to come to fruition.

But we cannot stop there, because it’s simply not enough. With additional commitments from our political leaders, now is the time to strategically invest millions of federal housing dollars to create and innovate new housing solutions, like Project Haven, for our aging citizens.

Just as President Lyndon B. Johnson did in 1965 as part of his vision for a “Great Society,” which resulted in federal health insurance coverage for people 65 and older through Medicare, we must take big, bold action and make housing for America’s older adults part of our new Great Society.

Lisa Glow is a graduate of the James E. Rogers College of Law at the University of Arizona. Early in her career she practiced law with two international law firms, worked for Arizona Attorney General Grant Woods, and former Arizona Gov. Janet Napolitano as the Director of the Governor’s Office for Children, Youth and Families. Lisa has a passion for serving people and has led many statewide initiatives to tackle complex social policy issues. Lisa joined CASS as its CEO in 2017.