Home
Stocks
Need to Know: Here’s why this billionaire investor predicts cryptocurrencies will ‘go to zero’
Prev Article Next Article
This post was originally published on this site 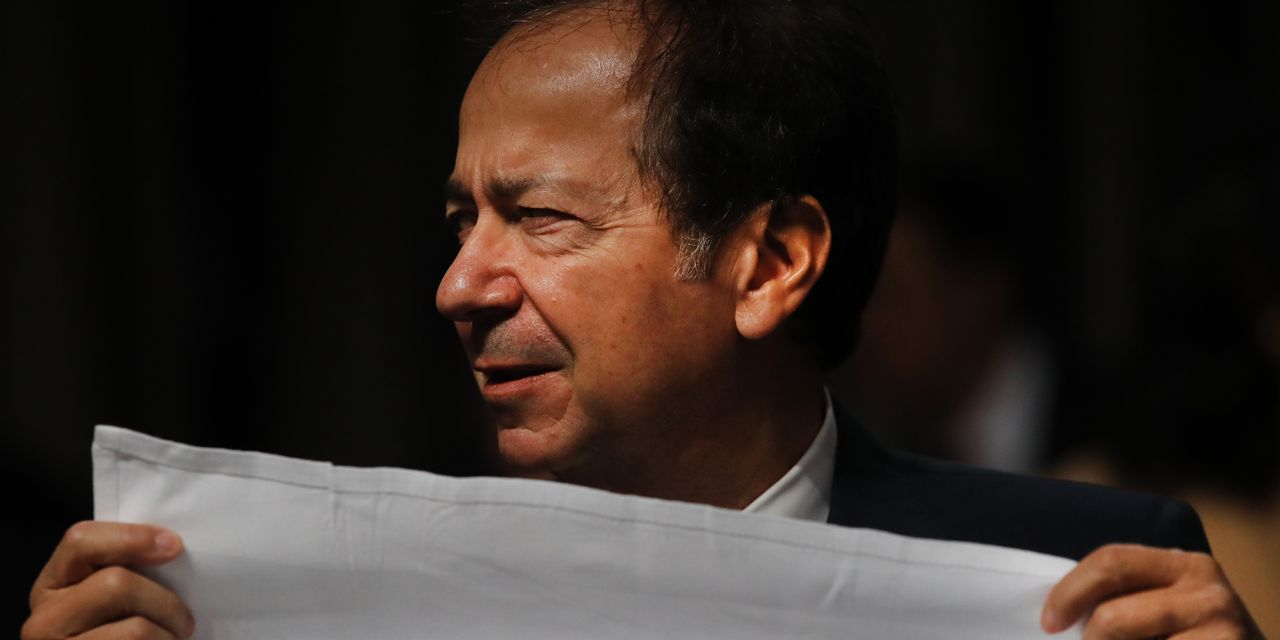 The Fed chief indicated a gradual easing of support, and markets will be closely watching some big data due this week that could weigh into how fast or slow the central bank proceeds. The Institute for Supply Management’s manufacturing report is due at midweek, followed by nonfarm payrolls on Friday.

Energy is in the spotlight, as well, for Monday, in the wake of one of the biggest hurricanes to ever hit the U.S. mainland.

On to our call of the day, from a billionaire investor who believes investors shouldn’t waste money or time on one increasingly popular asset class that he views as a “bubble.”

“Cryptocurrencies, regardless of where they’re trading today, will eventually prove to be worthless. Once the exuberance wears off, or liquidity dries up, they will go to zero. I wouldn’t recommend anyone invest in cryptocurrencies,” John Paulson, president and portfolio manager of U.S. investment firm Paulson & Co., told Bloomberg Wealth in an interview that published on Monday.

Paulson said it wasn’t even worth shorting bitcoin given its extreme volatility, and instead suggested investors sock money into bullion, due to “a very limited amount of investible gold.” Paulson sees investors pulling money out of fixed income and cash as inflation rises, then heading toward the only logical destination — that is, gold.

For those not familiar with the Paulson name, the former hedge-fund manager made a killing betting against the U.S. housing market before it collapsed.

Bitcoin pushed to $50,000 early last week but then struggled to keep that level, even as Powell comments on Friday weighed on the dollar and gave cryptocurrencies a lift. Bitcoin was trading around $47,000 early Monday.

Paulson had another piece of advice for those who just happen to have $100,000 laying around: Use it to buy your own home. Read the full interview here.

Ida rips across the south

Hurricane Ida became one of the worst storms to ever hit the U.S. on Sunday, cutting power to New Orleans, tearing off rooftops and setting the Mississippi River’s flow in the opposite direction. One death has been reported so far, and winds are reportedly stronger than those from Hurricane Katrine, which struck the region 16 years ago.

are soaring after the buy-now-pay-later fintech group announced late Friday that it has partnered with Amazon
AMZN,
.
Elsewhere, Baxter International
BAX,

The European Union may announce on Monday a recommendation to halt nonessential travel from the U.S., where the COVID-19 infection rate is now above that of the common-currency region. That’s as hospitalizations have been hovering above 100,000 and some southern states are running out of oxygen for patients.

Carnival
CCL,
,
meanwhile, is facing a lawsuit that claims the cruise ship failed to protect those taking its cruises from the coronavirus causing COVID-19.

are slipping after rallying ahead of Hurricane Ida, while gasoline prices
RBU21,

are falling. The storm has knocked out 95% of energy production in the Gulf of Mexico.

Read: To pause or not to pause oil output increases is the question OPEC+ faces as it meets Wednesday

Al Roker fires back at “punks” who say the 67-year-old weatherman is too old for trademark TV news live hurricane coverage.

One antidote for a grim-news Monday: baby bats babbling

Need to Know starts early and is updated until the opening bell, but sign up here to get it delivered once to your email box. The emailed version will be sent out at about 7:30 a.m. Eastern time.

Want more for the day ahead? Sign up for Barron’s Daily, a morning briefing for investors, including exclusive commentary from Barron’s and MarketWatch writers.