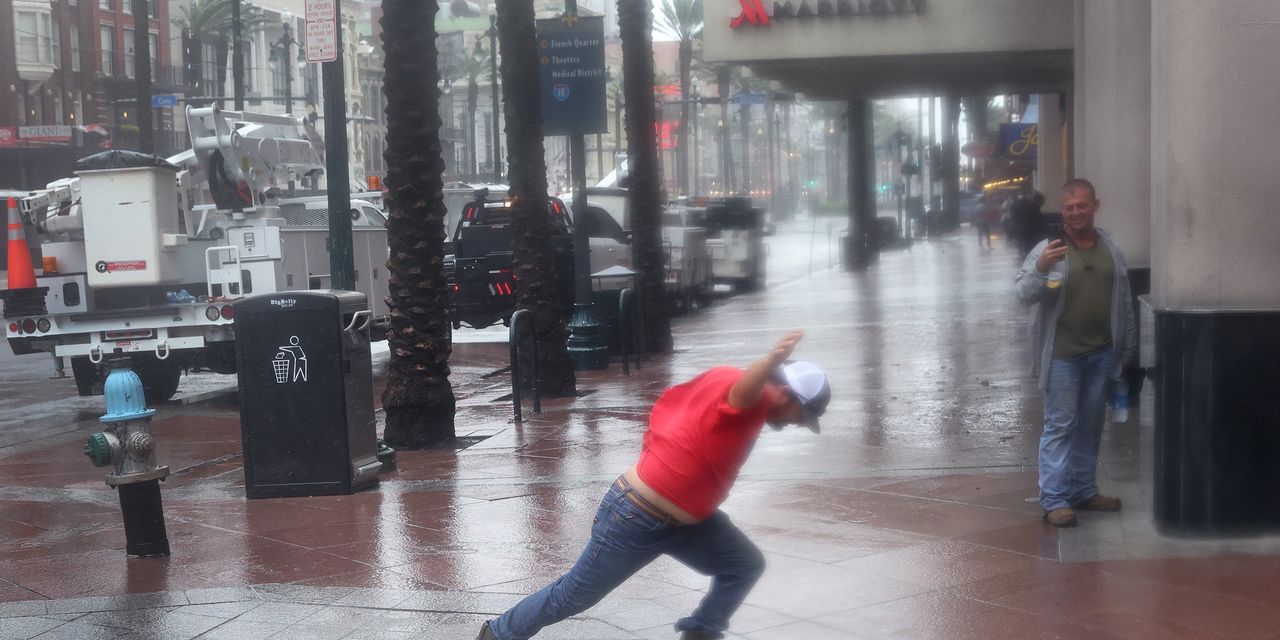 Natural-gas futures were on the rise, extending a climb to a three-year high, and crude-oil prices were mixed in electronic trading late Sunday as Hurricane Ida, which was downgraded to a Category 3 storm, delivered sustained winds of 150 mph to Louisiana and knocked out power in New Orleans.

The devastating hurricane, which has been characterized as one of the most severe to hit Louisiana in 165 years, has left almost 95% of total U.S. oil and gas production in the Gulf Coast region offline, according to S&P Global Platts.

Natural-gas futures, meanwhile, were adding to their loftiest prices since 2018, with the most-actively traded October contract
NGV21,

rallying 1.5% on Globex, at around $4.45 per million British thermal units. The September natural-gas contract, which expired at the end of Friday’s session, settled at $4.37, according to Dow Jones Market Data.

CL00,
,
the U.S. benchmark, were holding relatively steady at $68.73 a barrel, compared with a settlement for the most-active October contract
CLV21,

at $68.74 a barrel on Friday. Friday’s action for WTI capped a 10% rise for crude values as bargain hunters appeared eager to jump on futures that were hit hard the week prior, during a turbulent period for energy assets wrought by uncertainties about the spread of the highly transmissible delta variant of COVID-19.

The Federal Emergency Management Agency, or FEMA, via a tweet, said “damaging winds will start spreading inland tonight with heavy rain to follow through Monday across the central Gulf Coast.”

Hurricane Ida made landfall in Louisiana as a powerful Category 4 before being downgraded, according to the National Hurricane Center. Still, it remains a powerful storm.

“Many plants have been hardened against hurricanes, but disruptions in operations are still very likely due to flooding, power outages and personnel dislocations,” analysts at Platts Analytics said.

Energy production from the Gulf of Mexico is significant because offshore wells account for 17% of U.S. crude-oil production and 5% of dry natural-gas production, and more than 45% of total U.S. refining capacity is along the Gulf Coast, according to data from the U.S. Energy Information Administration.