Home
Stocks
Coronavirus Update: Debate over mask mandates in schools continues as COVID-19 vaccination rates increase among teens
Prev Article Next Article
This post was originally published on this site 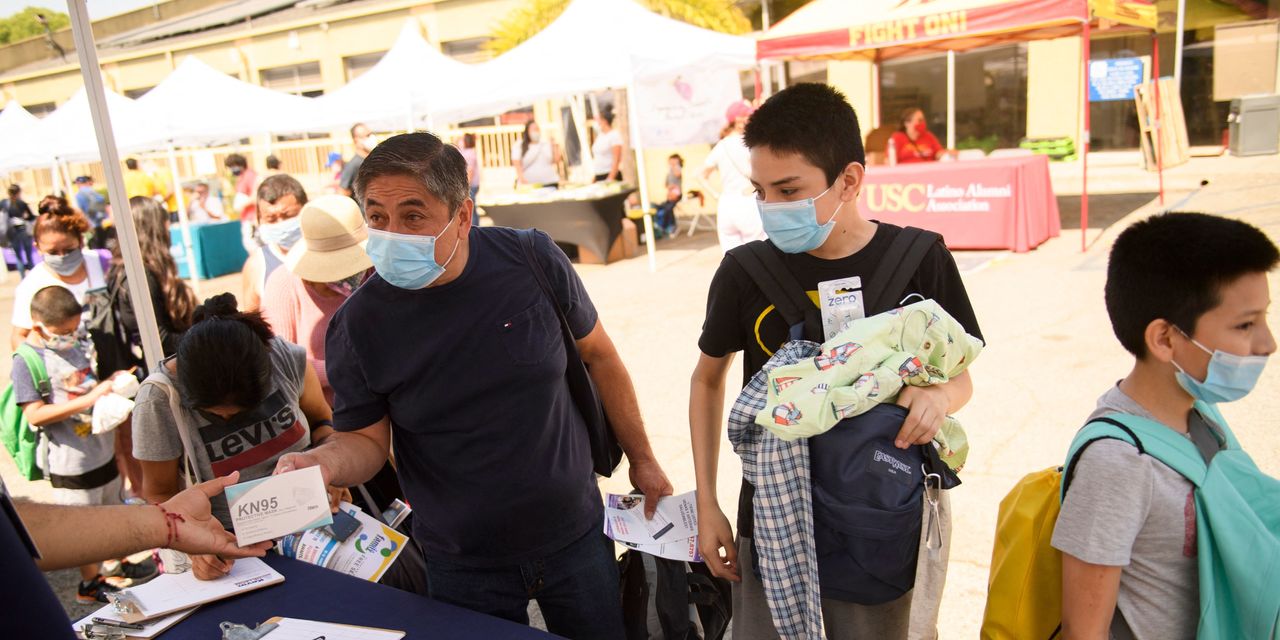 As more children go back to school, the fight over mask mandates continues, setting the stage for a combative back-to-school season in many of the communities facing higher rates of cases, hospitalizations, and deaths.

• A school district in Arizona imposed a rule that says employees cannot discuss vaccination status or masks with students, according to the Associated Press.

• As of this week, masks are now mandated in schools in Rhode Island, Washington state, and likely soon in New York state. Ohio Gov. Mike DeWine is leaving the choice to require masks and vaccinations for those who qualify up to schools in the state.

Several instances of physical aggression and many examples of protests and angry school board meetings over mask mandates have been reported in different parts of the country.

“The people who are acting out this way are doing it to intimidate and to bully. And there has to be consequences to that kind of behavior,” Randi Weingarten, president of the American Federation of Teachers, told NPR.

For the week of Aug. 5-12, infections in children made up 18% of total COVID-19 cases in the U.S., according to the American Academy of Pediatrics.

About 8 million children who are at least 12 years old have been fully vaccinated, as of Aug. 11. That makes up 42% of 16 and 17 year-olds and 31% of children between the ages of 12 and 15. Vaccination rates among these teens are rising, as the AAP said roughly 587,000 teens have received their first dose over the last week.

“More and more teens in the Bronx are sharing with me that they got their first shot this week,” Dr. Hina Talib, a pediatrician at The Children’s Hospital at Montefiore in New York City who specializes in adolescent medicine, tweeted Friday. “Almost every one says the #1 reason is because their job/school/college asked for it.”

Here’s what the numbers say

The seven-day moving average for new cases is 133,055 per day and for deaths is 640 per day, as of Aug. 18, according to the latest data from the Centers for Disease Control and Prevention.

Over the past week, the daily average of new cases is up 44% from two weeks ago and the most since Feb. 1, according to a New York Times tracker.

• The U.S. economy isn’t expected to be derailed by the delta variant because businesses and households have already adapted to the pandemic, St. Louis Fed President James Bullard said during an interview with MarketWatch’s Greg Robb on Wednesday. (Watch the full interview here.)

• Investors are increasingly wary about the likelihood that the virus is going to be present longer than previously thought. “The market is unclear how the rest of [the] year is going to unfold, and there are too many question marks to be optimistic about the third and fourth quarters,” Oanda Corp. analyst Edward Moya told MarketWatch’s Vivien Lou Chen this week.