Home
Stocks
The Margin: ‘This type of heat can kill’: Nearly 2 in 3 Americans face dangerous heat this weekend, warns National Weather Service
Prev Article Next Article
This post was originally published on this site 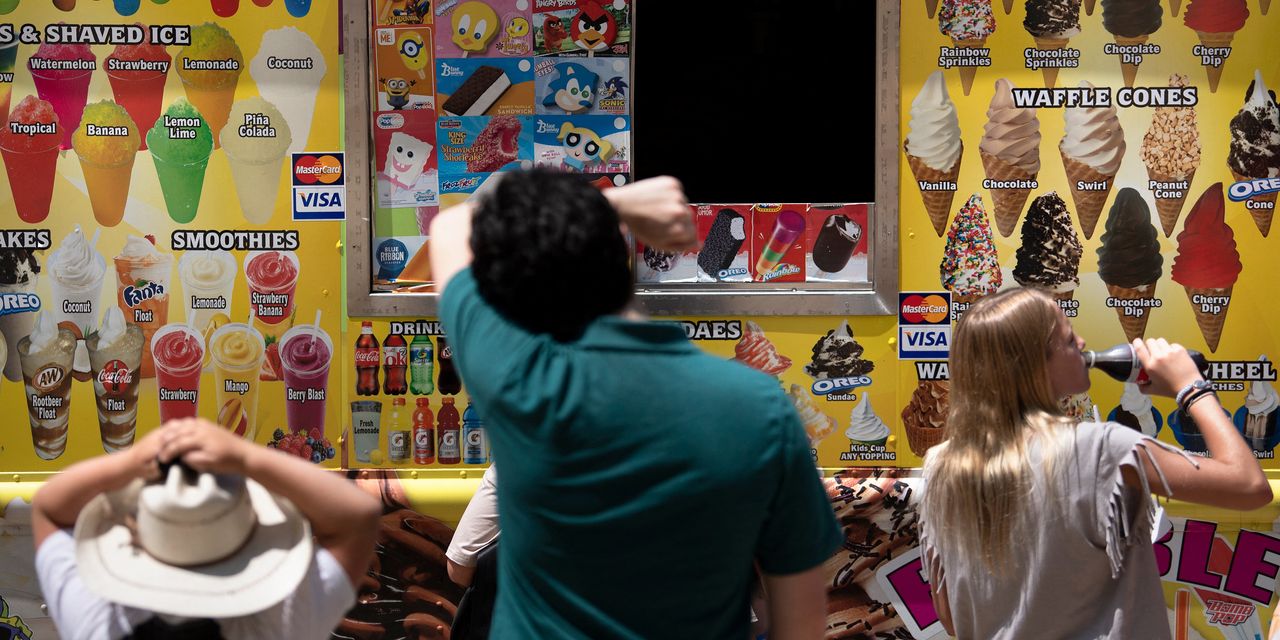 Nearly two-thirds of Americans are facing dangerously high heat this weekend, as much of the contiguous U.S. is under excessive heat advisories and warnings from the National Weather Service (NWS).

“Around 195 million Americans are under a watch/warning/advisory for dangerous heat,” the NWS warned this week. “Yes, it’s summer, but this type of heat can kill. Avoid strenuous activity during the midday, and bring along extra hydration, even if just going about normal business.”

Oppressive heat will continue across the Northwest, the Eastern Seaboard and throughout the south-central region of the lower 48 states, the NWS said.

More record-breaking heat is expected in the Northwest, as temperatures soar into the 100s, which could exacerbate fires already blazing in the region.

The Dixie Fire, the largest in California’s history, continues to scorch forestlands after consuming the entire community of Greenville last week. The blaze has destroyed more than 1,000 buildings already, more than half of which are homes.

The blaze is one of more than 100 large fires currently burning across 15 states, mostly in the West. So far, the fires have burned more than 2.4 million acres. In addition to the heat, the NWS is warning of poor air quality due to the smoke from the fires and high ozone levels.

The heat, in conjunction with record drought conditions, creates conditions ripe for fire. And, “unfortunately, isolated dry thunderstorms remain a threat as well, which could spark additional fires,” the NWS said.

Also read: Northwest sizzles as heat wave hits many parts of US

A record heat wave in the Pacific Northwest in June killed at least 112 people in Washington state. Heat is dangerous for everyone, the NWS said, but some people are more vulnerable than others, including young children and infants, elderly people, those with chronic medical conditions and pregnant people.

Temperatures will also be well into the 100s in the East this weekend, NWS said, and high humidity is expected.

“Heat Advisories are in effect from North Carolina to Maine and also into portions of West Virginia, with excessive heat warnings embedded in the northern Mid-Atlantic,” NWS said. “Heat advisories are also in place for portions of the Ark-La-Tex region into southeastern Oklahoma.”

In addition to record heat, storms are also expected this weekend. Tropical depression Fred is expected to restrengthen into a tropical storm Friday as it makes its way towards Florida. The heavy rain could result in flash flooding.

As the climate continues to warm, we’ll experience more extreme weather like this more often, according to a new report from the United Nations.

For example, if the Earth warms another 1.8 degrees Fahrenheit, the kind of heat wave we used to experience every 50 years will happen twice every seven years.