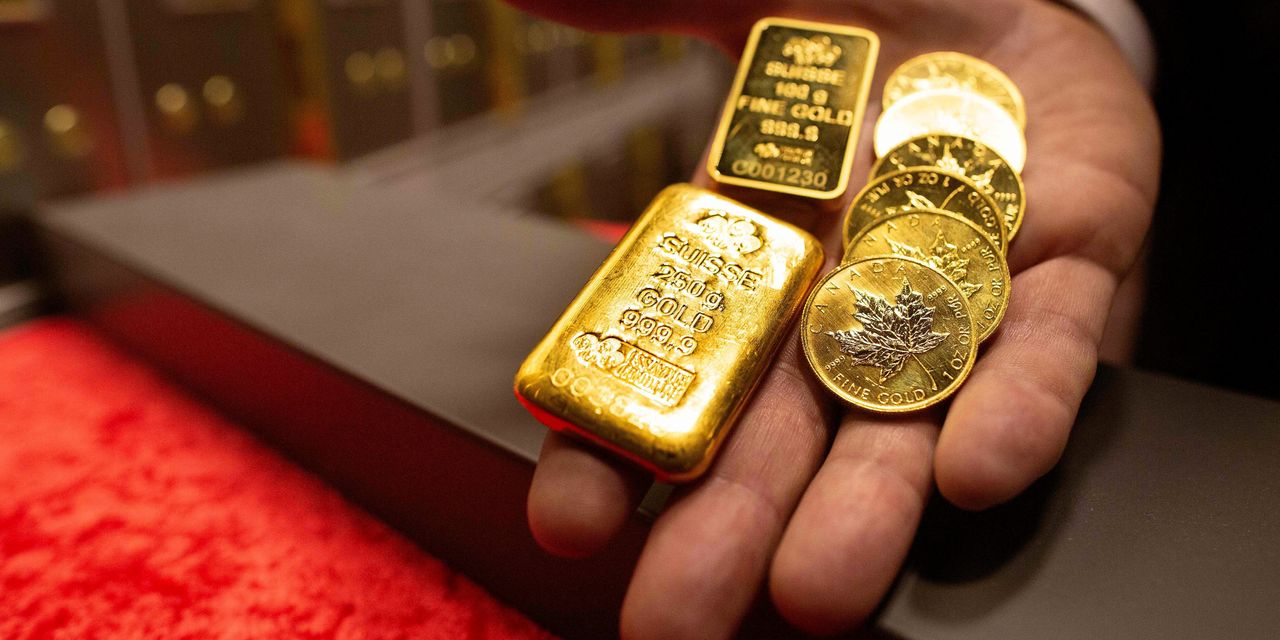 Gold futures on Thursday were headed for a sixth straight gain, supported by a tumble in global stocks and a retreat in yields for U.S. government debt that has taken them to February lows.

The spread of the delta variant of the coronavirus was one other factor that was helping stoke appetite for safe-haven assets like gold, said Chintan Karnani, chief market analyst at Insignia Consultants.

He speculated that at a breakout for bullion above $1,821.40 would trigger an additional upsurge for the precious metal, sparked by investors being forced to unwind bearish bets on gold.

“Global concern over rising in covid cases is the reason why gold has managed to rise in London,” Karnani wrote in a Thursday note.

was trading $14.90, or 0.8%, at $1,817 an ounce after gaining 0.4% on Wednesday, when the precious metal posted a fifth straight session, before the release of minutes from the latest meeting of the U.S.’s rate-setting Federal Open Market Committee showed officials pondering the start of a reduction in asset purchases, potentially sooner than they had originally expected.

Gains in both silver and gold come as the broader stock market was set to head sharply lower and the 10-year note
TMUBMUSD10Y,

were touching their lowest yields since February.

That dynamic also was bolstering demand for gold but Karnani cautioned that an acceleration in selling in stocks could also turn negative for gold if investors seek to liquidate performing assets.