Home
Stocks
The Margin: Why over 80,000 people want Jeff Bezos to stay in space
Prev Article Next Article
This post was originally published on this site 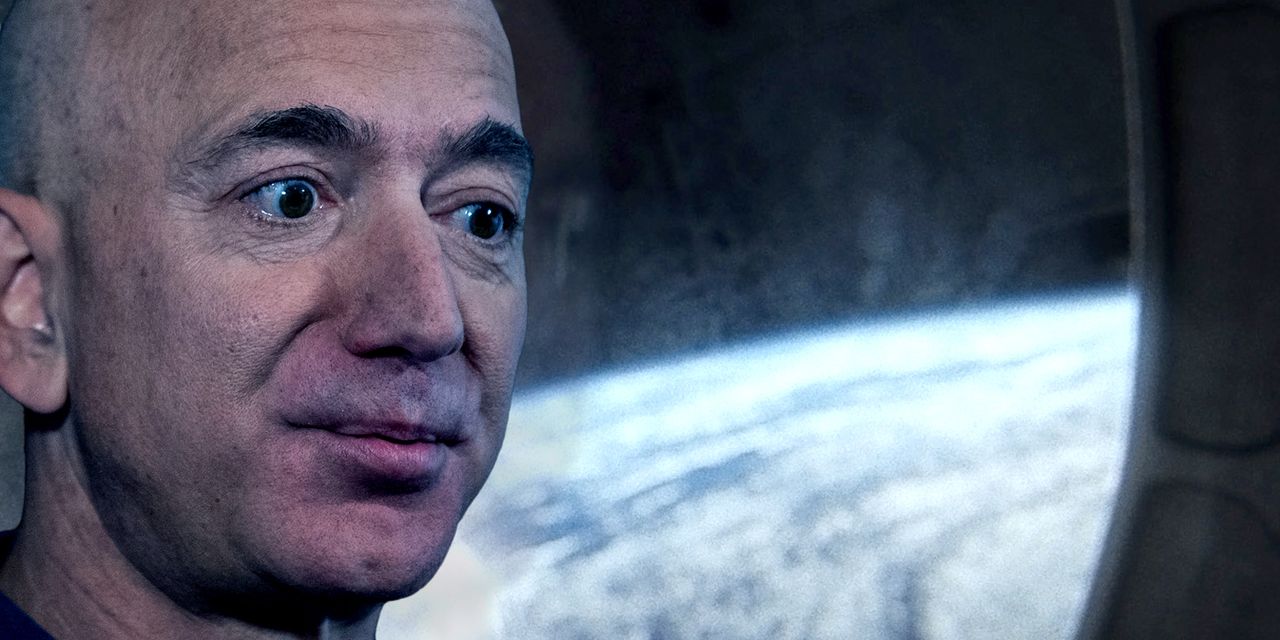 Get out and stay out!

That’s the message from a couple of irreverent Change.org petitions calling for Jeff Bezos to stay in space when he blasts off on Blue Origin’s first manned suborbital flight next month.

founder will be one of the first-ever passengers on his space-travel company’s New Shepard spacecraft on July 20, blasting off to the edge of space after stepping down as Amazon’s CEO.

“I want to go on this flight because it’s the thing I’ve wanted to do all my life,” Bezos said. “It’s an adventure. It’s a big deal for me.”

Read more: Jeff Bezos in space: Where is he going, and who else will be onboard the New Shepard?

Bezos and his brother, Mark Bezos, will be among six passengers (including the anonymous winner of a charity auction, who bid $28 million to score a seat) who will fly briefly above the Kármán Line, aka the internationally recognized boundary of space more than 62 miles above Earth, before descending and re-entering the Earth’s atmosphere.

The trip is expected to last around 11 minutes — but many Bezos critics wish it would go much longer. Like, indefinitely.

“Billionaire’s [sic] should not exist…on earth, or in space, but should they decide the latter they should stay there,” reads the first.

Amazon and Blue Origin were not immediately available for comment. Neither were reps for Change.org.

So why would so many people want to kick the world’s richest person off the planet for good? Well, Amazon has been accused of becoming a monopoly that is killing off mom-and-pop shops and brick and mortar stores.

It’s also been accused of mistreating workers by forcing them to work long hours below a living wage to fulfill all of those Amazon orders, as well as union busting. Indeed, Amazon workers in Germany began striking on Monday — the beginning of Amazon Prime Day — to demand a wage increase.

Related: 5 things NOT to buy on Amazon Prime Day

and SpaceX founder Elon Musk have come to epitomize the astronomical wealth gap. Bezos is currently the world’s wealthiest person, worth approximately $200 billion. And a recent ProPublica report that analyzed confidential Internal Revenue Service data found that ultrawealthy CEOs, including these three, have often legally sidestepped paying federal income tax in some years, or paid a “true tax rate” much lower than the average middle-class American taxpayer.

But all kidding aside, Bezos’s trip to space carries very real risks. Suborbital travel isn’t subject to the same rules as commercial flights. And traveling at three times the speed of sound to rise 62 miles above the Earth’s surface is a dangerous endeavor. Competitor Virgin Galactic
SPCE,

lost a test pilot during a 2014 accident. But to date, Blue Origin’s New Shepard spacecraft has had 15 successful consecutive test flights.

Read: Jeff Bezos — and other space tourists — fly at their own risk

Opinion: Jeff Bezos’ planned space flight shows how long-term thinking pays off — as it did with Amazon

Oh, and speaking of off-color requests for Bezos, another Change.org petition is calling for the billionaire to buy and eat Leonardo da Vinci’s masterpiece, the Mona Lisa. The reason? “Nobody has eaten the mona lisa [sic] and we feel jeff bezos [sic] needs to take a stand and make this happen.” It’s drawn more than 11,500 signatures.

So what does the Mona Lisa’s Parisian home have to say about this? “We have seen the petition but the Musée du Louvre will not comment,” the museum’s deputy director of communication said in a statement.