Home
Stocks
: Biden says he told Putin infrastructure should be ‘off limits’ to cyberattacks
Prev Article Next Article
This post was originally published on this site 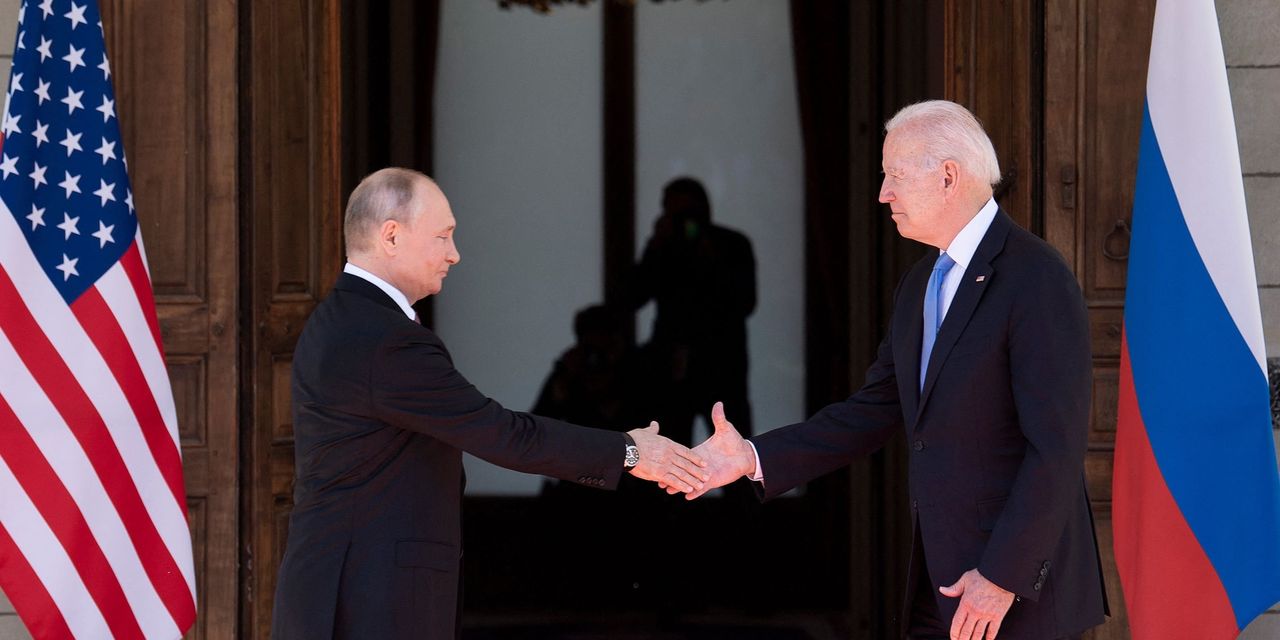 U.S. President Joe Biden on Wednesday said he told Russian President Vladimir Putin that critical infrastructure should be off-limits to cyberattacks, as the two leaders agreed to begin talks on cybersecurity issues.

Biden spoke to reporters after concluding a multi-part summit meeting with the Russian leader.

Addressing reporters at his own news conference before Biden spoke, Putin said he and the U.S. leader “spoke the same language” and that the talks were “quite constructive.”

Biden has taken Russia to task for harboring hackers who have disrupted American businesses, and blasted Moscow’s interference in U.S. elections. Biden has also said the potential death of jailed Russian opposition leader Alexei Navalny would be an indication Russia “has little or no intention of abiding by basic fundamental human rights.”

Putin, meanwhile, has pointed to the Jan. 6 insurrection at the U.S. Capitol to argue that the U.S. has no business lecturing on democratic norms. He’s insisted the Russian government hasn’t been involved in election interference or cyberattacks despite U.S. intelligence showing otherwise.

Putin told reporters he’d agreed to start talks on cybersecurity but added, “most of the cyber attacks in the world come from the United States.”

Cyberattacks have been thrust into the political spotlight after the May shutdown of the Colonial Pipeline, the largest U.S. fuel pipeline, and a separate attack on JBS
JBSS3,
,
the world’s biggest meatpacker. JBS notified the U.S. government of a ransom demand from the ransomware gang REvil, which is believed to operate in Russia, the Associated Press reported. A group called Darkside believed to be operating out of Russia disabled Colonial’s computer network.

Putin denied any responsibility for the Colonial Pipeline attack at his news conference.

Entering the meeting, Biden called it a discussion between “two great powers,” while Putin said he hoped for “productive” talks.

The Associated Press contributed to this report.