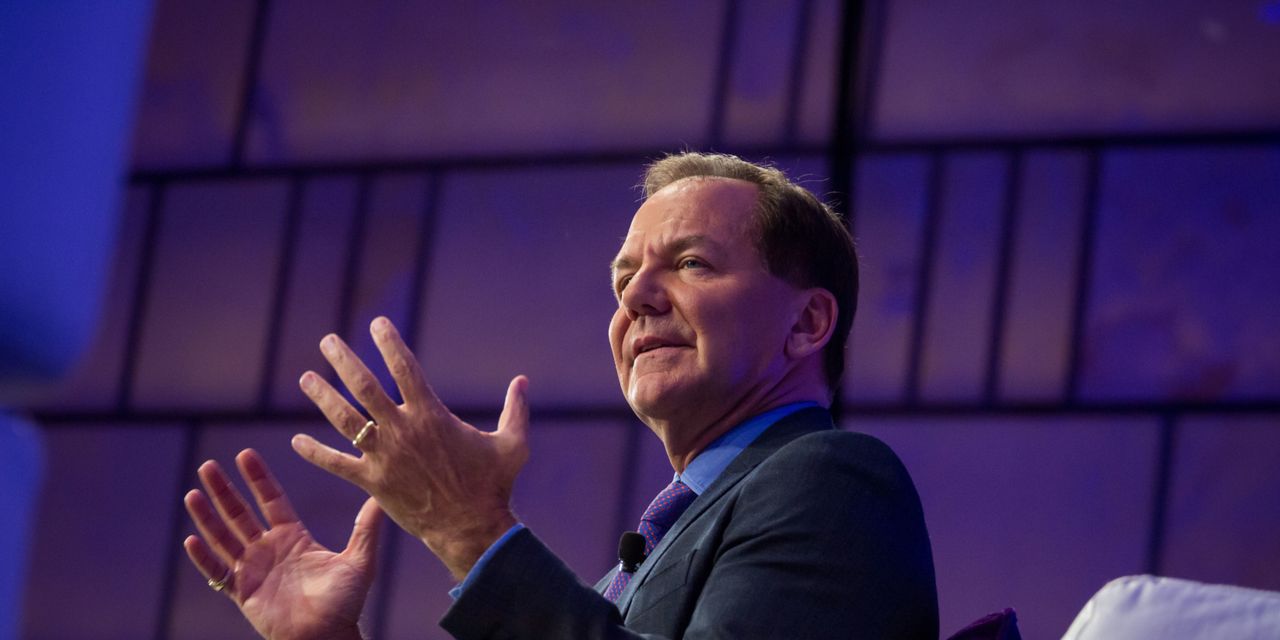 “
‘If they treat these numbers, which were material events, they were very material, if they treat them with nonchalance, I think it’s just a green light to bet heavily on every inflation trade.’
”

That is billionaire hedge-fund manager Paul Tudor Jones arguing in a CNBC interview Monday morning that Fed policy makers are in danger of making a substantial policy mistake by treating rising price pressures as a transitory, or short-lived, phenomenon.

Jones said that if the Fed, which will conclude a two-day policy meeting on Wednesday, declares that “things are good,” he would be inclined to buy commodities, cryptocurrencies and gold
GC00,
.

The investor, who was credited with calling the 1987 stock-market crash, said the Fed’s insistence that rising price pressures will prove transitory fail to take into account the central bank’s own role in squelching past bouts of inflation. The Fed’s “reaction function” has now changed, with policy makers focused solely on achieving full employment while saying investors should trust its forecasts on inflation. He termed that an “intellectual incongruity.”

Jones indicated that significant upside remains for commodity markets, with bullish positioning well below levels seen in 2013 when inflation was peaking around 3% ahead of the Fed’s signal it would begin tapering its asset-buying program. Getting back to the same level of investment in commodities that was seen in 2013 would require another $400 billion in inflows, a move that could see the Bloomberg Commodity Index
BCOM,

Jones said he pays little attention to price fluctuations in bitcoin
BTCUSD,
,
viewing it as an important portfolio diversifier.

The Fed will conclude a two-day policy meeting on Wednesday. Investors will be watching for clues to how officials are thinking about the timing of the unwind of the central bank’s aggressive bond-buying program as well as how adjustments to expectations around rate increases will be made.

Stocks are trading at or near record territory, with the S&P 500
SPX,

logging its 28th all-time high in 2021 on Friday, while the Dow Jones Industrial Average
DJIA,

and the Nasdaq Composite Index
COMP,

remain not far off their own record closing highs.