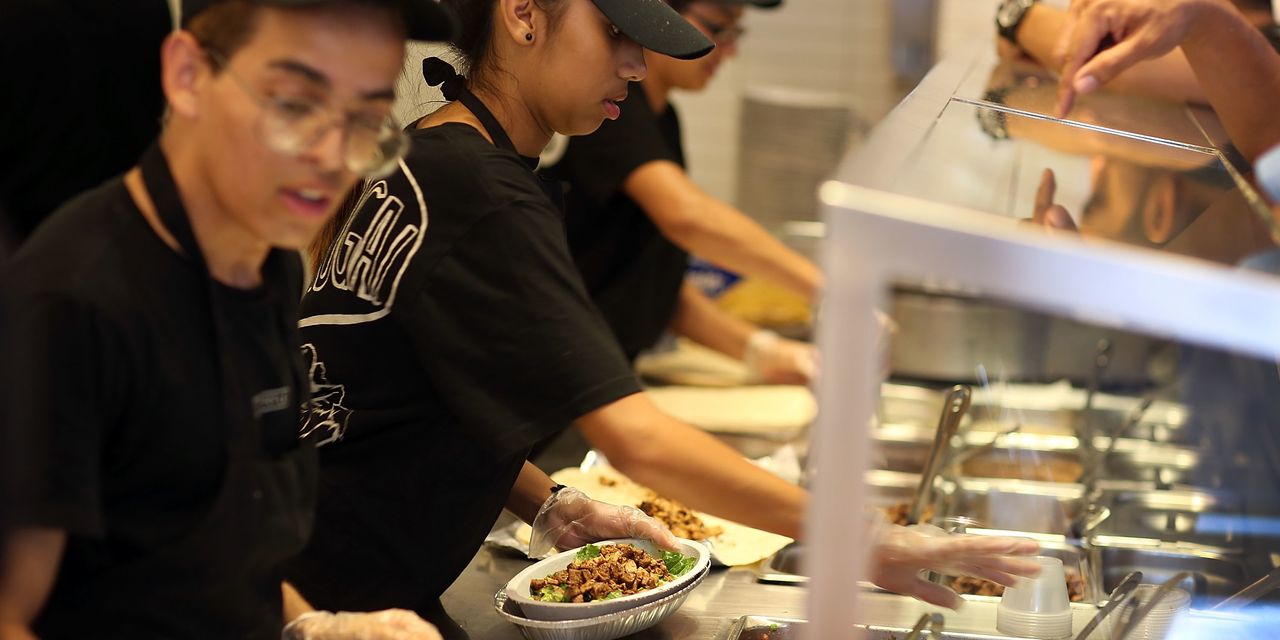 Chipotle Mexican Grill Inc. has raised prices, but that shouldn’t stop the fast-casual Mexican chain from gaining market share, according to Wedbush analysts.

“We instituted a 3.5%-to-4% menu price increase last week to help offset the wage increase that Chipotle is now offering its employees,” a spokesperson for the company confirmed with MarketWatch.

announced last month that it was raising wages to an average of $15 per hour by the end of June. The company is also offering career opportunities that could lead to $100,000 salaries.

See: Chipotle says it can offer workers the chance for a six-figure salary in 3.5 years

Wedbush analysts, who rate Chipotle shares outperform with an $1,800 price target, took the price hikes into account in a note published this week, and maintain that the company is still on the path to market share growth.

“We believe Chipotle is poised to see accelerated market share gains in a post-COVID environment, resulting in sustained growth above pre-COVID levels and an
expanding premium relative to its pre-COVID valuation,” analysts wrote in a note published this week.

“We bake in a two-step price increase to offset management’s commitment to a $15 wage for employees, one in conjunction with the uptick in wages to offset the
dollar impact, and the second later in the fall to offset the margin impact.”

Wedbush raised its third-quarter and fourth-quarter same-store sales forecast to 9.5% and 10.5% growth, respectively, from 8.5% growth in each quarter.

The FactSet consensus is for third-quarter same-store sales growth of 9.6% and fourth-quarter growth of 10.8%.

Also: Why Beyond Meat could see a big boost in sales beyond the pandemic

“We expect any resistance to price increases to be more than made up for by the likely introduction of smoked brisket (estimate late Q3/Q4), relatively stable digital sales ($’s, not mix) even as dining capacities continue to increase, a growing loyalty base, and increasing marketing dollars.”

Chipotle has previously scored big after introducing a new protein to the menu. Carne asada was a hot item that drove up the average check when it was introduced for a limited time. Chipotle brought the item back.

In April, Truist Securities conducted checks showing that Chipotle had raised prices on its steak and barbacoa offerings.

Chipotle stock has slipped 4.2% for the year to date while the S&P 500 index
SPX,