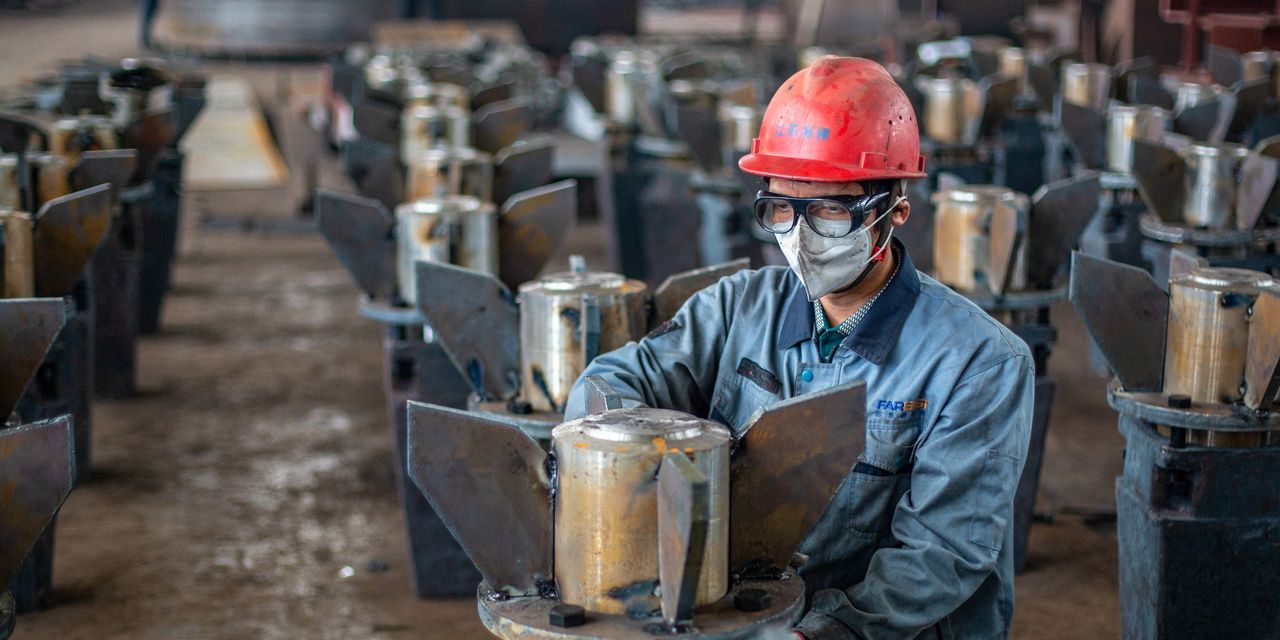 rose 0.16% to $1.4178, which some attributed to comments from a Bank of England official. A stronger pound can act as a headwind for the FTSE 100, as many multinational companies earn revenue overseas.

“The pound is putting in a solid performance, bouncing toward 1.42 on hawkish commentary from the BoE’s chief economist Andy Haldane,” said Sophie Griffiths, market analyst at Oanda, in a note to clients. “Haldane sees the U.K. economy firing on all cylinders and the time for tapering support approaching. The pound’s jump higher proves there is nothing like central bank hawkish commentary to lift a currency.”

Ahead of an important update of U.S. consumer prices due on Thursday, China revealed a spike in factory-gate prices, which surged in May at their fastest pace in nearly 13 years and by more than analysts expected, driven by soaring global commodity prices.

for July fell 5 cents to $4.50 a pound. And mining stocks also fell, with shares of Rio Tinto
RIO,

“Miners are trading under pressure, tracing base metal prices lower. Any tightening of policy in China could dampen demand for these commodities,” said Griffiths.

And travel stocks rose across the board, after the U.S. loosened rules for COVID-19 vaccinated Americans headed to many international destinations, including several in Europe. Shares of British Airways operator International Consolidated Airlines
IAG,

Read: Vaccinated and need a vacation? CDC relaxes travel advice for Americans to more than 100 countries

Drug companies provided some support, with shares of AstraZeneca
AZN,