Home
Stocks
The Ratings Game: Biogen stock rockets to 6-year high after Alzheimer’s drug gets FDA OK
Prev Article Next Article
This post was originally published on this site 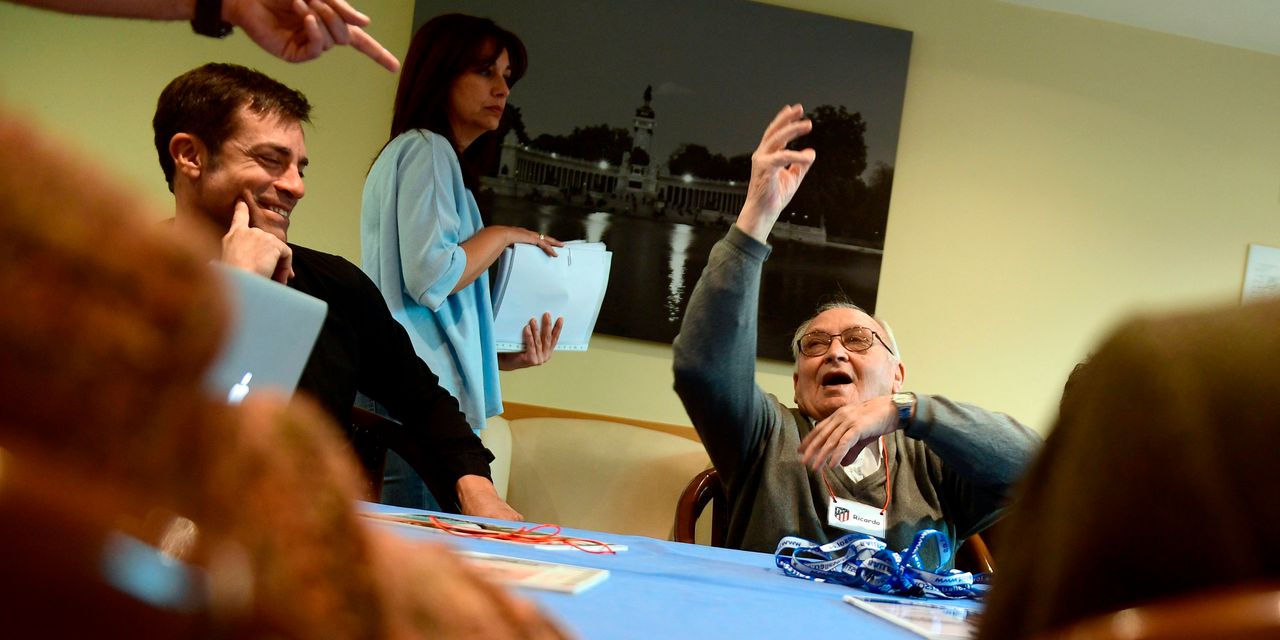 Shares of Biogen Inc. rocketed to a six-year high in volatile trading Monday, as Wall Street analysts cheered the U.S. Food and Drug Administration’s broad labeling that came with the approval of the biotechnology company’s Alzheimer’s drug.

Earlier Friday, the FDA approved Biogen’s Aduhelm, also known as aducanumab, to treat Alzheimer’s, the first drug to be approved that promises to actually slow the disease rather than just treat the symptoms.

Biogen investors were treated to the stock’s biggest-ever one-day price gain, and second-biggest one-day percentage gain since it went public in September 1991. The stock had shot up $108.62, or 44.0%, on Nov. 4, 2020, after the FDA said there was “substantial evidence” that aducanumab was an effective Alzheimer’s treatment option. Read more about Biogen’s “pivotal moment.”

“Currently available options only treat symptoms of the disease; this treatment option is the first therapy to target and affect the underlying disease process of Alzheimer’s,” said Patrizia Cavazzoni, director of the FDA’s Center for Drug Evaluation and Research. “As we have learned from the fight against cancer, the accelerated approval pathway can bring therapies to patients faster while spurring more research an innovation.”

As the FDA described, accelerated approval can be based on the drug’s effect on a surrogate endpoint that is reasonably likely to predict a clinical benefit to patients, with “a required post-approval trial” to verify the drug provides that expected clinical benefit.

Bernstein analyst Aaron Gal said approval under accelerated pathway is a distinction without a difference. “The pathway allows for approval based on surrogate market, rather than completed efficacy endpoint data,” Gal wrote in a note to clients. “As long as Biogen does not challenge the use of the path, which they obviously would not, the approval holds.”

Evercore ISI’s Umer Raffat noted that the option of Accelerated Approval was not discussed by the FDA’s advisory committee. And as the drug has “clearly shown” in all trials to substantially reduce amyloid beta plaques, the “reduction in plaques is reasonably likely to result in clinical benefit.”

Regarding labeling, Bernstein’s Gal said it is “almost shockingly broad,” as the label just said Aduhelm is indicated for the treatment of Alzheimer’s disease.

“Thus, the approved population is broader than the tested population (mild-moderate Alzheimer’s patients),” Gal wrote. “There is also no restriction on treatment duration suggesting that patients can stay on treatment until either all plaque is removed or the patient progresses.”

Evercore’s Raffat concurred, saying the label reads very very broad. He indicated that investors could be relieved, as there was some concern that the target population might be limited, and/or require very frequent monitoring.

Although pricing is still unknown, the Institute of Clinical and Economic Review (ICER) said that due to the relatively small overall health gains demonstrated in Phase 3 clinical trials, the drug should be price no higher than $8,400 a year, as MarketWatch’s Jaimy Lee reported.

Some analysts say Biogen could price the drug higher than that, even though that might potentially trigger a regulatory response.

Evercore’s Raffat said his financial estimates on Biogen include an estimate of $10,000, while Bernstein’s Gal said the pricing could end up “much higher,” possibly as high as more than $30,000.

Gal said Biogen has a long history of pricing drugs in the “specialty” range, and is less likely to fear a backlash. “Biogen would justify the price by arguing the total system impact would be modest upfront and that it will use the money to provide substantial services to [Alzheimer’s disease] patients,” Gal wrote.

4523,
,
announced after Aduhelm’s approval programs intended to support access for all qualified patients, including those from traditionally underserved populations.

Eisai’s U.S.-listed shares skyrocketed 68.9% in afternoon trading, on track for a record close and the biggest one-day gain since it started trading in the U.S. in December 1995.

“We are committed to access and health equity as top priorities and will continue working with multiple stakeholders with the goal of helping patients who may benefit from treatment obtain care as quickly as possible,” said Alisha Alaimo, president of Biogen U.S.