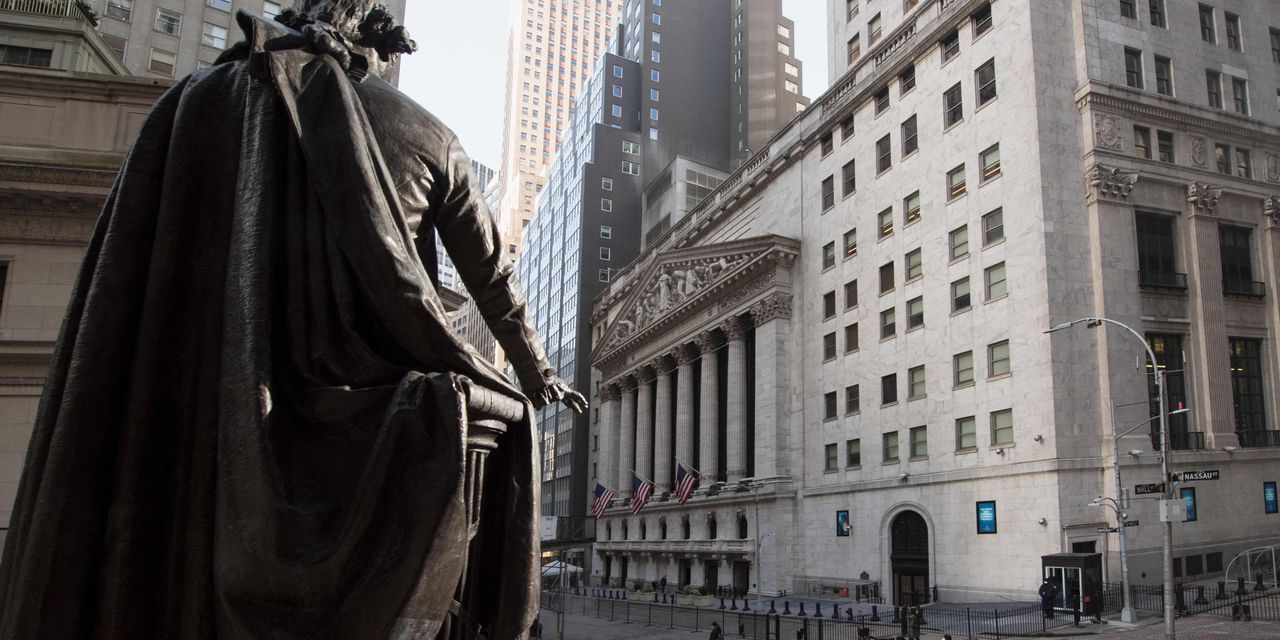 U.S. stock-index futures were mixed Tuesday, with investors in a waiting mode ahead of another round of inflation data later in the week.

On Monday, the Dow
DJIA,

fell 0.1%, but remains just 0.1% away from its record close, while the Nasdaq Composite
COMP,

Stocks have been stuck in a trading range for several weeks, with the Dow and S&P 500 index trading not far off all-time highs, as investors look for a fresh catalyst and await data on inflation pressures.

The release Thursday of the May consumer-price index is shaping up to be the main data event of the week. A hotter-than-expected read on the April CPI, which rose 4.2% year over year, temporarily rattled markets last month.

“In our view, the fact that underlying inflationary pressures are rising as well raises questions as to whether the spike in headline inflation is due to transitory factors, as the Fed initially supported,” said Charalambos Pissouros, senior market analyst at JFD Group, in a note.

“Now, with several policy makers arguing that they need to start discussing policy normalization at the upcoming gatherings, further acceleration in consumer prices may increase speculation for the committee acting sooner than previously thought, and thereby result in a pullback in equities and other risk-linked assets,” the analyst said.

Stock futures extended declines early Tuesday after an internet outage took down several major sites, but bounced off session lows after reports tied the outage to a glitch at cloud-computing services provider Fastly Inc.
FSLY,
.
Fastly said on its website that it had identified the issue and a “fix is being implemented,” shortly before 7 a.m. Eastern. Fastly shares were down 1.8% in premarket trade.

A closely followed small-business index fell slightly in May, coming in 0.2 point lower at 99.6, to mark the first decline of the year, according to the National Federation of Independent Business. The fall came as small-business owners said they are losing sales because they can’t find enough people to fill open jobs. And now rising inflation is adding to their worries.

The U.S. economic calendar also features April international trade-deficit figures due at 8:30 a.m. The is gap expected to narrow to $69 billion after the U.S. economy saw a deficit of $74.4 billion in March.

Data on April job openings will be closely watched amid concerns over difficulties employers are reporting in filling positions. The data is due at 10 a.m., with economists looking for openings to rise to 8.2 million from 8.1 million in March.