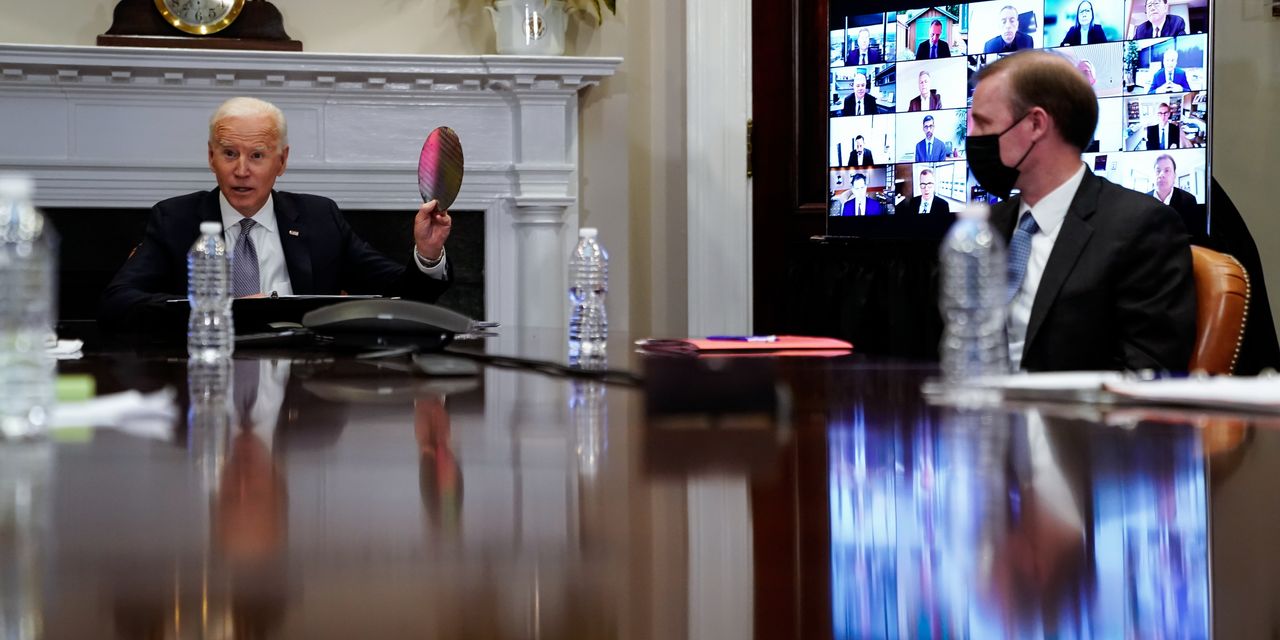 The Biden administration has set up a new “Supply Chain Disruptions Task Force” as part of its response to ongoing shortages of semiconductors and other critical goods.

The task force, led by the secretaries of commerce, transportation and agriculture, is aiming to tackle bottlenecks in the chip industry
SMH,

SOXX,
,
as well as in the transportation sector, home building and construction, and agriculture and food, senior administration officials told reporters.

It’s launching after President Joe Biden in late February signed an executive order calling for a 100-day review of key supply chains, and the administration this week is rolling out additional responses to shortages across various industries, such as a new “strike force” led by the U.S. trade representative.

The “strike force” is expected to identify unfair trade practices that undermine U.S. supply chains, and come up with trade actions to combat them, the officials said.

In addition, the Biden administration is establishing a public-private consortium for advanced manufacturing and onshoring of essential medicines production.

Other responses include a new Interior Department-led effort to identify U.S. sites where critical minerals can be produced, a new “National Blueprint” for advanced batteries and consideration of possibly initiating a Section 232 investigation of neodymium magnets.

Such magnets are critical for manufacturing, defense and other industries, and to obtain them the U.S. is quite dependent on imports, particularly from China, an administration official said. Section 232 refers to a legal provision that enables the Commerce Department to investigate the national-security implications of imports.