Home
Market
Electric-van startups race for a ‘golden ticket’ order
Prev Article Next Article
This post was originally published on this sitehttps://i-invdn-com.investing.com/trkd-images/LYNXNPEH520GC_L.jpg 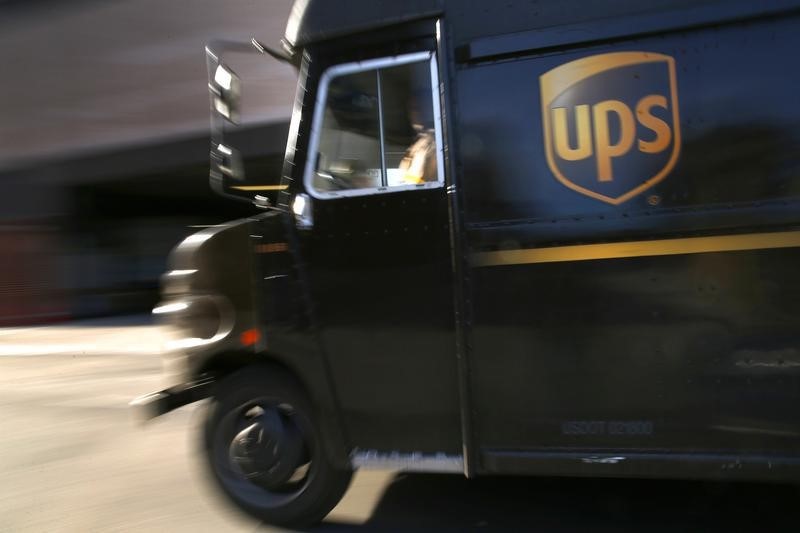 LONDON (Reuters) – The future of a bevy of commercial electric van startups seeking investor capital through blank-check IPOs rests largely in the hands of a small group of big companies, above all UPS, FedEx (NYSE:FDX), DHL and Amazon (NASDAQ:AMZN).

With each carrier having tens of thousands of vehicles in its global fleet, an order from a package delivery giant can launch a startup on the road to manufacturing scale and profitability, and serve as a marketing tool to win orders from other big customers.

“Everyone is looking for their golden ticket,” said Steven Merkt, president of transportation solutions at sensor, connector and electronic component maker TE Connectivity Ltd (NYSE:TEL), which works with all the startups and provides technical feedback on designs. “If you don’t have scale, you’re going to get squeezed out pretty quick.”

Desperate to find the next Tesla (NASDAQ:TSLA) Inc, investors have poured billions of dollars into electric vehicle startups, with mixed results.

But unlike Tesla, which enjoyed a headstart of years over traditional carmakers, commercial electric vehicle startups are racing against time as major manufacturers like Ford Motor (NYSE:F) Co race to bring products to market or others like Volkswagen AG (OTC:VWAGY) beef up their electric offerings.

Some startups already have their golden ticket. Arrival, which went public via a merger with a special purpose acquisition company (SPAC), has an order for up to 10,000 vans from UPS. Chanje has a 1,000 van order from FedEx in California, while Rivian has an order to build 100,000 vans for Amazon.

Others, like Xos, are close. Xos, which is going public via public through a merger with blank-check firm NextGen Acquisition Corp, is testing electric delivery trucks with both UPS and Amazon.

Some, like Canoo Inc have experienced turmoil as they finetune their strategies.

He said DHL has been talking to Britain’s Arrival for years and will try out some of its test models. In the U.S. market, DHL has announced it will buy 89 electric vans from Lighting eMotors, which went public via a SPAC merger.

Meurer says DHL Express is also talking to two Asian startups about electric vans for Europe. But the company wants 14,000 electric vans in its European fleet by 2030 and is eager to get going. In April, DHL ordered 100 E-Ducato electric vans from Stellantis, a long-established manufacturer, to deliver packages in Europe.

“If another startup comes to market with a van two years from now, there will be no opportunity left for them,” Meurer said. “By then, every big player will have an electric van on the market.”

The Arrival electric test van decked out in UPS’ distinct brown livery is popular with drivers at the package delivery giant’s facility in London’s Kentish Town district. During a demonstration of the van by Luke Wake, UPS vice president of maintenance and engineering, several drivers asked: “When can we drive one?”

The Arrival van is the culmination of many years work by UPS to incorporate electric vehicles into its fleet. The Kentish Town depot is still home to some old former diesel trucks that UPS converted into electric vehicles.

“We converted hundreds of our pre-existing vehicles to electric to see how they fit in,” Wake says, “and to stimulate a market that didn’t yet exist.”

Working with a startup like Arrival has opened up a wealth of possibilities for UPS, including self-driving features on the van that can reduce costly accidents at depots, Wake said.

The van’s battery pack will allow UPS to add automatic doors for drivers and LED lights in the back to help drivers find packages more quickly. Such features can save seconds per delivery – which add up as UPS delivers 2 billion packages annually.

The UPS order put Arrival on the map, and the startup emphasized that relationship when announcing last month it will develop an electric car for Uber (NYSE:UBER).

“You always have a confidence gap to bridge,” said Carl-Magnus Norden, founder of Stockholm-based Volta Trucks, which is developing an electric truck for inner-city deliveries to businesses and has an order for 1,000 trucks from French refrigerated truck firm Petit Forestier. “So someone like Petit Forestier is important for us.”

While most startups seek that golden ticket order, Electric Last Mile Inc (ELMS), which will go public via a merger with Forum Merger III Corp, a SPAC, is tapping U.S. dealer networks as a way to build scale and has pre-orders for 45,000 small electric vans that it will launch this year.

ELMS is betting it can make it because so far no one else plans to produce a van as small in the United States.

“We have at least a short runway where we have no competition,” Taylor said.