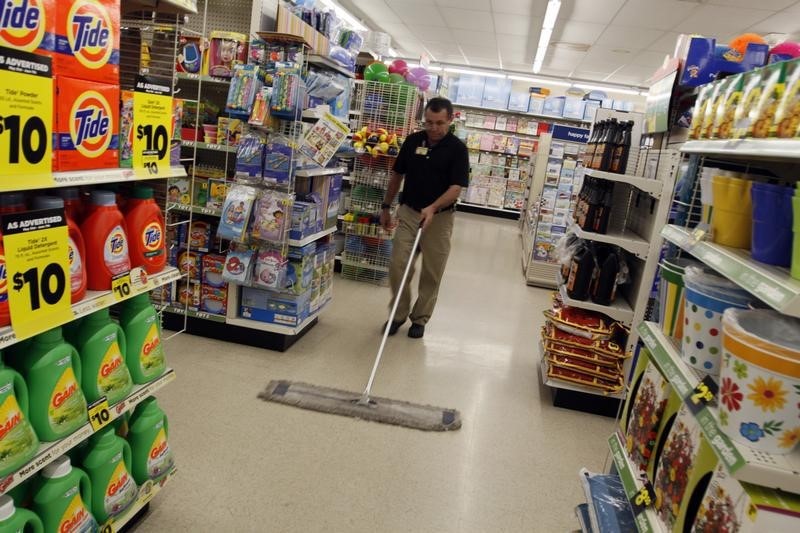 Investing.com — Dollar General (NYSE:DG) slipped 2% after Bank of America (NYSE:BAC) cut the stock to a sell-equivalent as risks abound, the company’s one and only such rating.

The firm also gave the stock its lowest price target. Shares of Dollar General have been historically negatively correlated with retail gasoline prices going higher, as they are now, according to analyst Robert Ohmes as he downgraded Dollar General from neutral, Bloomberg reported.

The company has a high valuation amid expected pressure from higher wages and promotions at grocery stores, as well as increased traffic to gas station convenience stores. Rivals including Walmart (NYSE:WMT), Target (NYSE:TGT) and traditional grocery chains that count on a high online penetration could also hurt. The analyst lowered the price target to $190 from $225.

Dollar General is down 8% from a record hit in November. The stock gained as revenue and profit rose during the pandemic but that is beginning to unwind in the U.S. Post-Covid, employers are scrambling to find workers, offering bonuses and higher wages as stores, restaurants and pretty much everything returns to the status quo.

The stock has 11 buy ratings, two holds, and as previously mentioned, Ohmes’s lone sell, according to data compiled by Investing.com.