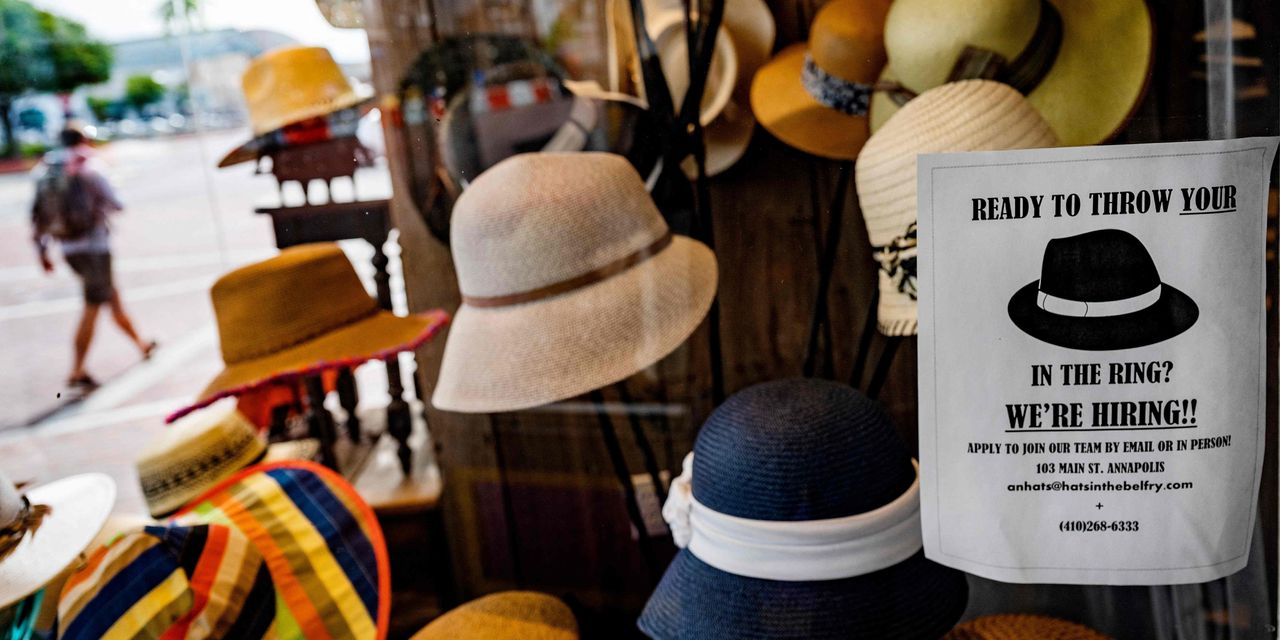 The numbers: Applications for U.S. unemployment benefits continued to decline to a pandemic low in mid-May as companies ramp up hiring efforts.

Economists surveyed by Dow Jones and The Wall Street Journal had forecast new claims to fall to a seasonally adjusted 452,000.

New state jobless claims have been cut in half since the start of the year, but they are still more than twice as high now compared to the last month before the pandemic.

The number of applications had been running in the low 200,000s before the viral outbreak early last year.

What happened: Regular applications for unemployment benefits have been falling in every state. So too are applications filed through an emergency federal program set up during the pandemic.

Just 95,086 applications for jobless benefits were filed last week through the federal relief program. They peaked last year at well over 1 million a week.

Some 5.1 million who have exhausted state compensation were also getting benefits through an emergency program funded by the federal government.

Altogether, the number of people reportedly receiving benefits from eight separate state and federal programs totaled 16 million as of May 1. These claims had topped 30 million early in the crisis.

Fewer than 2 million people were getting benefits before the pandemic erupted.

Note to readers: A government review found the number of distinct individuals collecting benefits has been inflated by fraud and double counting. Widespread fraud has also resulted in tens of billions of dollars in improper payments, a Labor Department review estimated.

Big picture: Layoffs and new jobless claims are waning, but a big debate has broken out over whether extra jobless benefits are keeping some unemployed people from taking jobs.

The debate intensified after a disappointing April jobs report. Since then nearly 20 states have said they plan to stop offering a $300 weekly federal benefit in June to push people back into the labor force, a move that could affect several million people.

Whatever the case, a fast-growing economy buoyed by federal stimulus, low interest rates and high savings is expected to remain strong over the summer. The result is likely to be a lot more hiring and new jobs that adds to the economic momentum.

were set to open lower in Thursday trades, extending recent losses on worries about rising inflation.