Home
Stocks
: What happens if divorced parents disagree about their child getting the COVID-19 vaccine? Attorneys say it could get messy
Prev Article Next Article
This post was originally published on this site 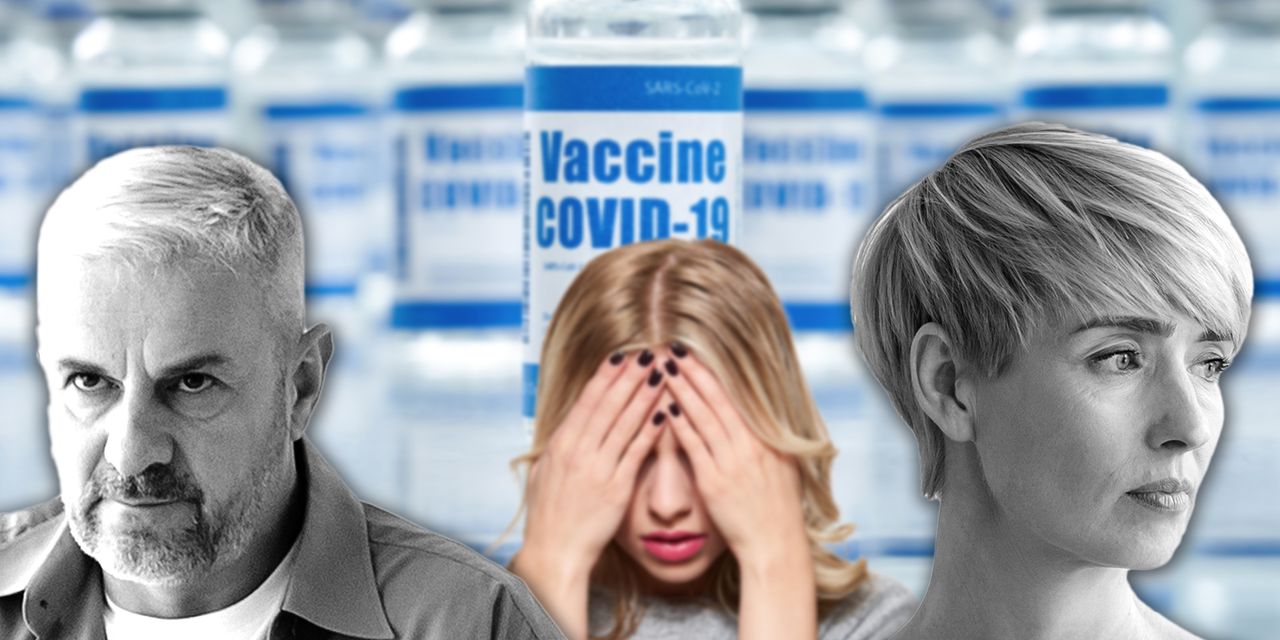 One parent insists their teenager get vaccinated against COVID-19, but their ex is staunchly against it. What happens next?

Following the Food and Drug Administration’s Monday decision that 12- to 15-year-old children can receive the Pfizer
PFE,

There is some precedent for courts intervening in such matters. Pennsylvania appellate judges in 2015 upheld the award of sole legal custody to a father who was in favor of vaccines, while the mother opposed them.

The court quoted parts of the lower decision that called the mother’s anti-vaccine stance “unreasonable and dangerous.”

“There are certainly people who are going to fight over their children, given the opportunity, and make any kind of power play that they can,” said Kyla Lines, managing member of Richardson Bloom & Lines.

The Atlanta-based attorney doesn’t have one of these cases yet, but she’s already represented parents in litigation over virtual or in-person schooling during the pandemic.

“
‘There are certainly people who are going to fight over their children, given the opportunity.’
”

And she knows the dynamic in some family splits, notwithstanding the pandemic’s capacity to stoke fierce feelings.

Lee Rosenberg, a partner at Saltzman Chetkof & Rosenberg in Long Island, New York, is also anticipating vaccination-related disputes. He already has to hash out COVID-19 parenting ground rules in divorce agreements when parents differ on activities like indoor dining.

She hasn’t yet handled a dispute specific to the COVID-19 vaccine for teenagers. But Lindsey, without going into specifics due to client confidentiality, is handling a pending divorce where one side is generally against vaccines. “It’s about your belief system, your trust in the science,” she said.

“
‘If you have a fundamental lack of trust, there’s no way to necessarily get somebody to change their views.’
”

“If you don’t trust the science, if you have a fundamental lack of trust, there’s no way to necessarily get somebody to change their views,” she added.

That’s where courts will have to get involved and make the call based on factors including the child’s best interest and which parent, if any, deserves final say on health matters.

But they can, and they will.

Getting a decision requires motions, hearings and litigation. That all costs money. Trying to reverse rulings and establish appellate-level law costs even more money.

“That’s the way of family law,” Lines said. “The more you fight with each other over your child, the less resources are going to be available for your children.”

“
‘The more you fight with each other over your child, the less resources are going to be available for your children.’
”

Some 58.5% of America’s adult population had received at least one COVID-19 dose and 44.7% were fully vaccinated as of Wednesday, according to the U.S. Centers for Disease Control and Prevention.

Hardening vaccine hesitancy is an issue, pollsters note. And lines are forming when it comes to teen vaccination, some polling suggests.

Approximately 43% of parents said they’d let their 12- to 15-year-old child get the shots, according to an approximate 9,000-person poll from Outbreaks Near Me, an outbreak mapping effort from epidemiologists and software developers at Boston Children’s Hospital and the Harvard Medical School.

But 29% said they wouldn’t let their child receive the vaccine, while another 27% weren’t sure what they’d do.

Other surveys suggest parents are not so sure. A separate Kaiser Family Foundation poll concluded that 29% of parents with kids under age 18 would have their child vaccinated as soon as it becomes available for their age group, and 32% had a wait-and-see approach.

Meanwhile, 19% said they would not let their child be vaccinated and 15% said they’d do it only if it was a school requirement, the KFF poll found.

Each state handles these matters differently

The starting point in the coming debate is the matter of custody. There’s physical custody, or the amount of “parenting time” someone has with their child, Lindsey points out. Then there’s legal custody, or decision-making authority.

Of course, in extreme situations like the aftermath of domestic violence or neglect, one parent can have complete physical and legal custody and the other has restricted access, Lindsey said.

But what’s more likely is an arrangement where each parent has some portion of physical custody and decision making power in a child’s life. These matters can be hashed out in divorce agreements or left for courts to decide.

“
In Texas, the ‘rights and duties of a parent’ include topics like the right to make moral and religious-based decisions.
”

Each state slices up the mass of parenting decisions differently, explained Lindsey, the current president of American Academy of Matrimonial Lawyers.

In Texas, the “rights and duties of a parent” include topics like the right to make moral and religious-based decisions, the duty for physical and medical support, and even topics such as consent on a child’s military enlistment, said Jonathan Bates of Kinser & Bates in Dallas.

Judges are the tiebreaker in some states and, in other places, that parent gets the last word on that particular topic, Lindsey said. The general idea is for parents to compromise and find common ground before turning to litigation, she noted.

But even if a parent, on paper, gets to pull rank on medical decisions, this may not stop litigation. It’s possible that divorced parents in vaccine fights will try to convince judges to modify already-set decision making powers when it comes to health matters and vaccines in specific, Lindsey said.

“
In Texas state law, ‘there has been longstanding debate whether vaccines are an invasive medical procedure.’
”

At least in Georgia, it’s not an easy task persuading judges to revise divorce agreements, Lines said. But decisions to vaccinate or not to vaccinate can seep into other parts of life, she added.

What if the child’s school requires COVID-19 vaccinations for in-person fall attendance? Lines foresees arguments like a parent saying their ex’s refusal to vaccinate is interfering with the child’s educational interests.

“There’s certainly all kinds of ways that this decision is going to impact this kid’s life going forward,” she said.

In Texas, authority over “invasive” medical procedures are one of the parental powers that can get parceled out, Bates said. However, he added, “there has been longstanding debate whether vaccines are an invasive medical procedure.”

The determination “varies from court to court,” he said. Trial court, specifically. Bates isn’t aware of appellate decisions on the matter. The COVID-19 vaccine might finally give Texas appellate courts the chance to weigh in, he said.

“Going up on appeal takes a significant amount of time,” he said, “and money.”

Do kids have a say?

Parents have their points of view, but so might kids — especially those in the 12- to 15-year-old demographic.

Most states give their judges the right to appoint a lawyer on behalf of the child in custody matters, Lindsey said.

How much weight a judge applies to a child’s perspective depends on the case’s facts and circumstances, Lindsey said.

“
Most states give their judges the right to appoint a lawyer on behalf of the child in custody matters.
”

Judges may be more inclined to give serious consideration to a teenager’s point of view, compared a younger child, she said.

For COVID-19 vaccination disputes involving children under age 12, “it’s going to be purely a parental decision,” she said.

While that sounds relatively more clean-cut, it’s not, Lindsey said. “This issue isn’t going to go away. It’s going to get more complicated the younger you get,” she said.

For one thing, a younger child without an opinion on the vaccine leaves judges with one less source to inform their opinion. “When you can’t split a baby, who’s the best to take care of the baby?” Lindsey said.