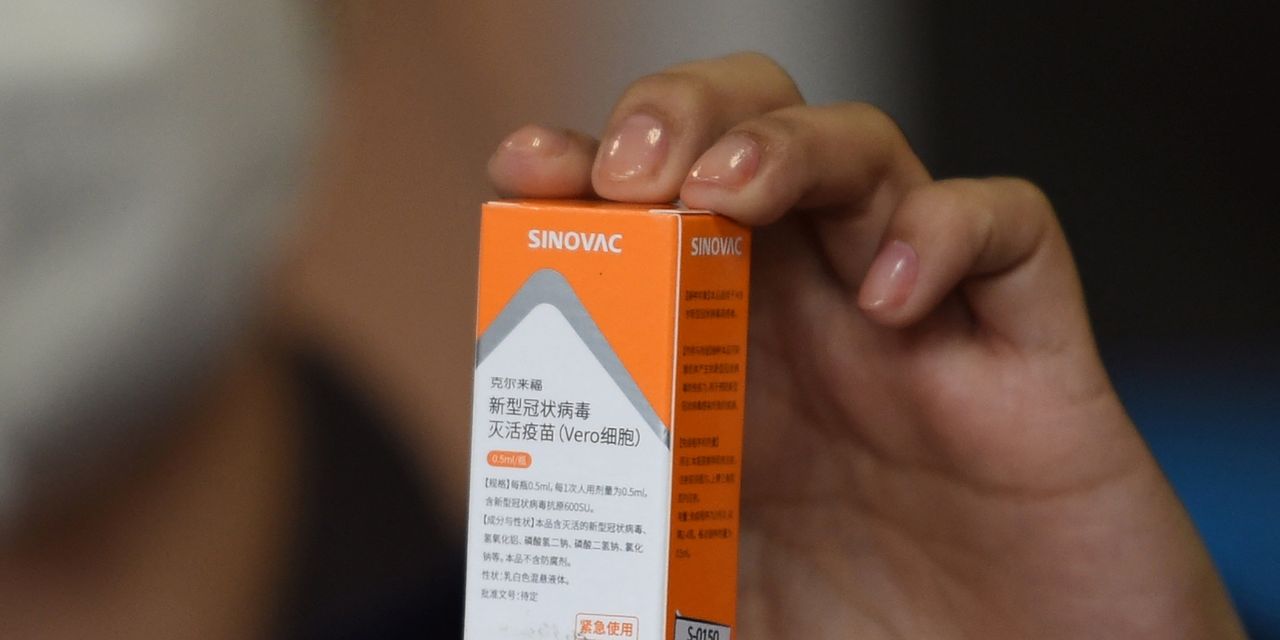 The European Medicines Agency said on Tuesday that it has started a rolling review of China’s Sinovac COVID-19 vaccine to assess its effectiveness and safety, the first step toward possible authorization of the shot in the 27-member bloc.

The EMA said the decision to start the review was based on preliminary results from laboratory and clinical studies that suggest the vaccine triggers the production of antibodies that target the SARS-CoV-2 virus and may help protect against the disease it causes, COVID-19. The preliminary data haven’t yet been published in a peer-reviewed medical journal.

“EMA will evaluate data as they become available to decide if the benefits outweigh the risks. The rolling review will continue until enough evidence is available for a formal marketing authorization application,” the agency said in a statement.

Read: Denmark says it won’t use J&J COVID-19 vaccine due to blood-clotting concerns

The news comes a day after Denmark became the first country to exclude the COVID-19 vaccine developed by healthcare company Johnson & Johnson
JNJ,

The J&J vaccine is one of four that have received emergency-use authorization from the EMA, alongside the shot jointly developed by German biotech BioNTech
BNTX,

and U.S. drug company Pfizer
PFE,
,
the one developed by U.S. biotech Moderna
MRNA,
,
and the one made by AstraZeneca in collaboration with the University of Oxford.

The agency also is conducting rolling reviews of three other vaccines: the one developed by German biotech CureVac
CVAC,
,
the one from U.S. vaccine developer Novavax
NVAX,
,
and Russia’s Sputnik V.

Rolling reviews are designed to speed up the approval process by allowing researchers to submit data in real time, until there is enough evidence to file a formal marketing authorization application.

Read: BioNTech and Pfizer seek regulatory OK in Europe to extend vaccine authorization to 12- to 15-year-olds

The EMA didn’t provide a time frame for Sinovac’s rolling review, but said it “should take less time than normal to evaluate…because of the work done during the rolling review.”

The World Health Organization is expected to make a final decision on the emergency-use listing requests from both Sinovac and the COVID-19 vaccine developed by China’s Sinopharm
1099,

by the end of this week.

Sinovac’s vaccine has shown efficacy rates between 50% and 90%in different studies, and is currently authorized for use in China, Indonesia, Brazil and Turkey. It contains inactivated or dead versions of the SARS-CoV-2 virus to help the human body’s immune system make antibodies.