Home
Stocks
Europe Markets: European stocks struggle at the end of the month, as growth slows and earnings roll in
Prev Article Next Article 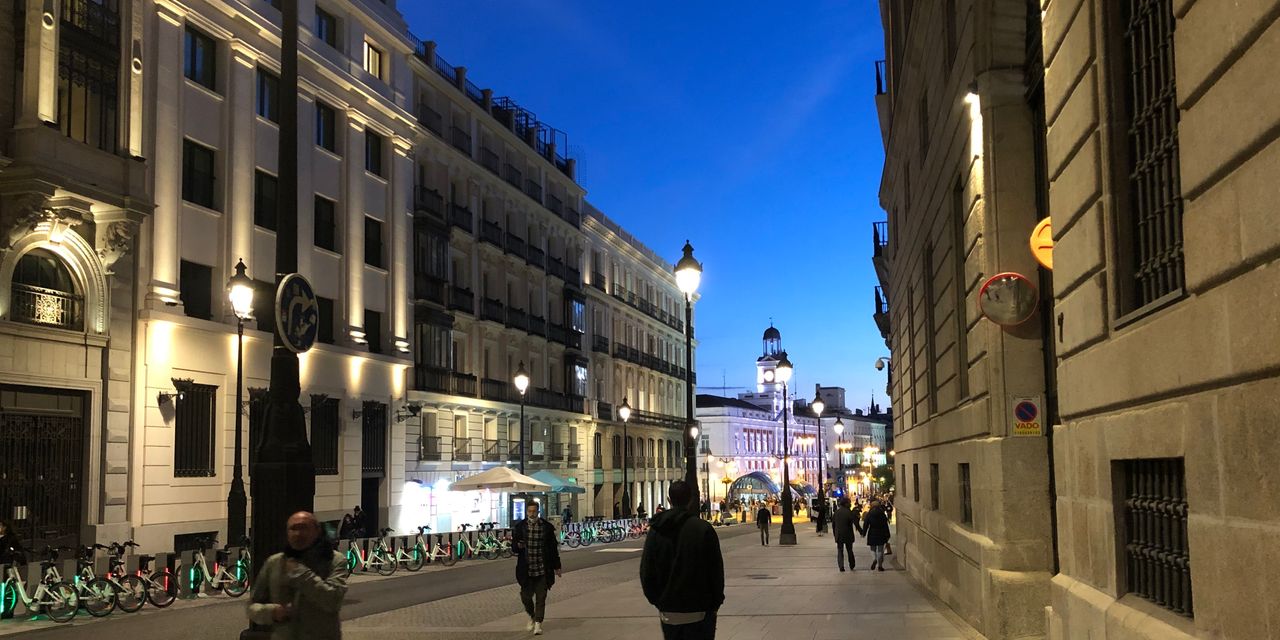 European stocks largely stuck to the flat line on Friday, as investors absorbed downbeat growth data from the region. Shares of AstraZeneca rose after results, while tobacco makers were also moving higher.

fell against a higher dollar
DXY,
.

plunged, due in part to disappointing user numbers. The S&P 500
SPX,

finished at an all-time high on Thursday after upbeat results from technology giants Apple
AAPL,

and Facebook
FB,
,
as well as strong growth data.

Data from China showed manufacturing and nonmanufacturing purchasing managers indexes for April expanding, but well short of hopes, with a global chip shortage weighing in part on manufacturers.

European economic data showed France’s economy grew 0.4% in the first quarter of the year, despite the tightening of restrictions to limit the spread of the COVID-19 pandemic. But Germany’s economy declined 1.7%, while the Spanish and Italian economies contracted 0.5% and 0.4%, respectively.

Another barrage of earnings rolled out, with shares of heavily weighted AstraZeneca
AZN,

climbing nearly 3%, after the drug company reported higher sales and earnings for the first quarter, and backed its 2021 outlook, helped by sales of key cancer drugs.

Read: AstraZeneca reveals COVID-19 vaccine sales but that isn’t why the stock is rising

led the Stoxx 600 gainers, with shares up 8% after the Dutch lighting company reported a 97% rise in net profit for the first quarter of the year. Sales were lifted by the connected-home category and a recovery in China, as well as improvements in other regions.

The tobacco sector, another heavyweight, was also supporting the Stoxx 600, with shares of British American Tobacco
BATS,

up 2% each, after media reports said that Kenneth Dart, a Cayman Islands-based billionaire, has taken 7% and 3% stakes in those companies, respectively.

reported a drop in first-quarter net profit, as a decline in provisions to cover potential loan losses failed to offset a revenue decrease. Sabadell said its cost-savings plan, which includes an 11% cut in head count, will boost earnings from the second quarter onward. Shares of the Spanish bank rose 4%.

said it swung to a profit in the first quarter, as losses linked to COVID-19 and natural disasters were offset by strong underlying performance in all businesses. Shares of the Swiss reinsurer climbed 3%.

said it has reached a deal with private equity group KKR & Co. to buy core brands of The Bountiful Company for $5.75 billion. The deal, which should be completed in the second half of the year, will expand Nestlé’s health and nutrition portfolio. Shares rose 0.6%.