Home
Stocks
: Moderna in bid to double COVID-19 vaccine production to up to 3 billion doses in 2022
Prev Article Next Article 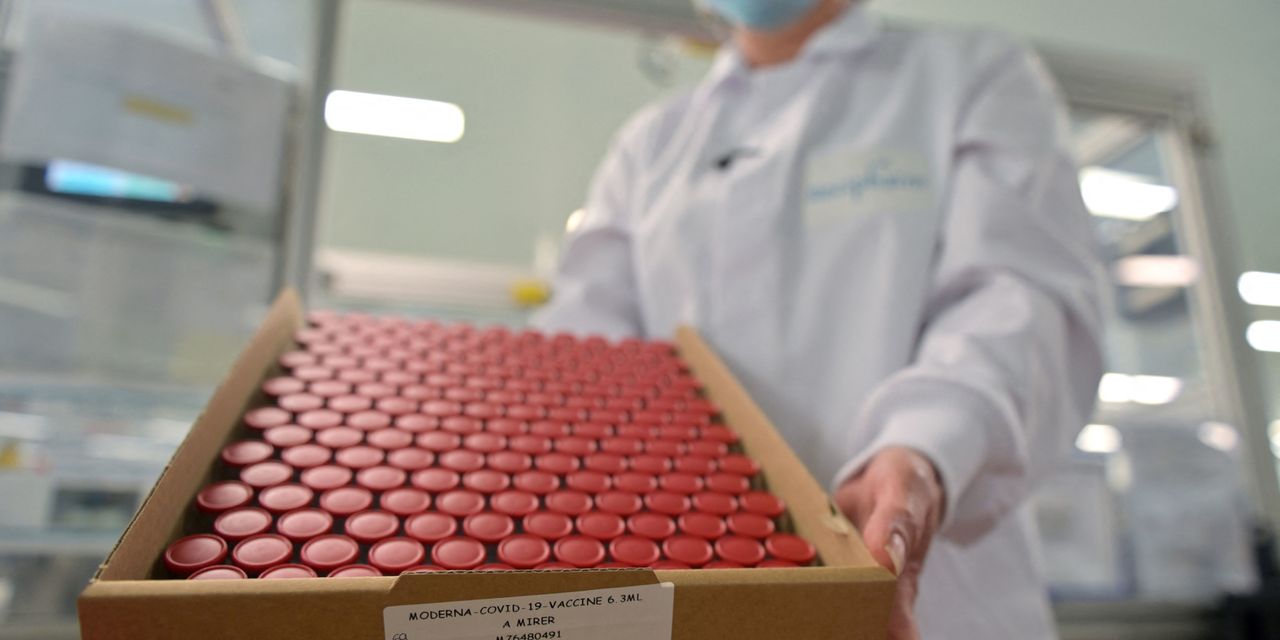 said on Thursday that it would boost investment to increase supply at its COVID-19 vaccine production facilities, in a bid that could double the number of doses it will be able to produce next year to up to 3 billion doses. It also raised its manufacturing forecast for 2021 to 800 million to 1 billion doses.