Home
Stocks
: Disney fan complains that Walt Disney World is becoming too ‘woke’ — here’s what’s changed at the park and why
Prev Article Next Article
This post was originally published on this site 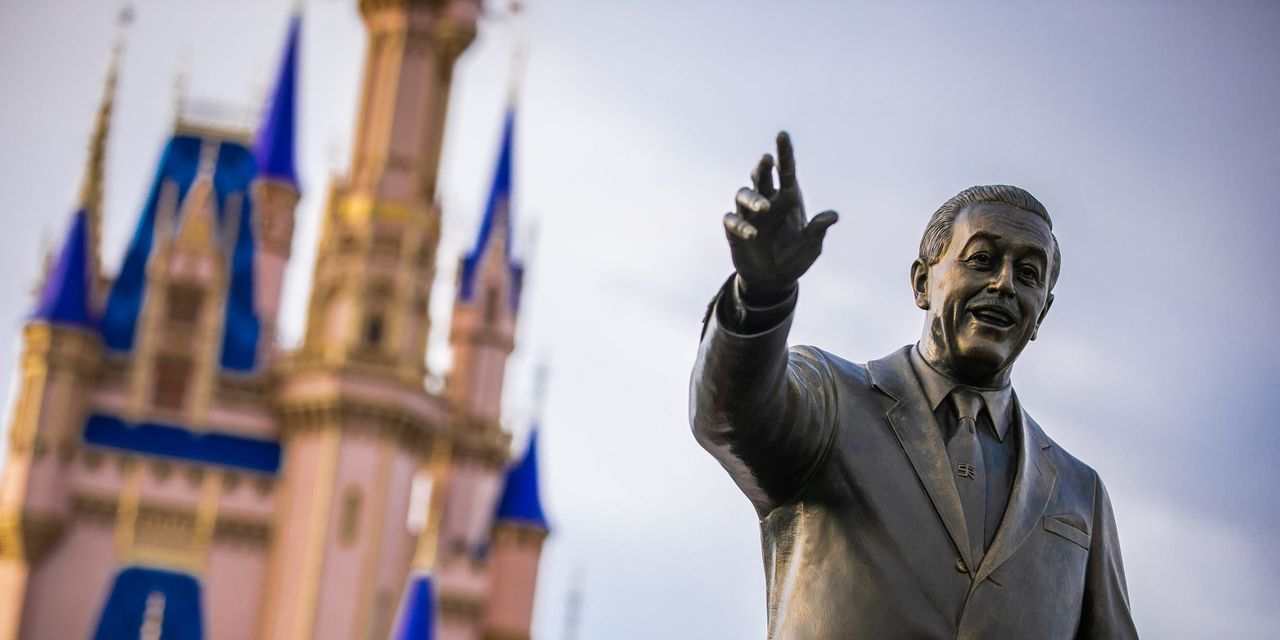 A longtime fan of Walt Disney World penned an op-ed blasting the company for making changes to popular attractions in the name of “wokeness.”

“I am strongly rethinking our commitment to Disney and, thus, Orlando,” Jonathan VanBoskerck, a Nevada resident, wrote in a commentary piece for the Orlando Sentinel. “The more Disney moves away from the values and vision of Walt Disney, the less Disney World means to me.”

VanBoskerck appears to have written his screed against Disney
DIS,

most directly in response to changes the company recently announced to the so-called “Disney Look,” which are the guidelines for dress and appearance that the company’s theme park employees must follow.

The company rolled out more gender-inclusive rules that allow workers to have a broader range of hairstyles, paint their fingernails and wear jewelry, regardless of their gender identity. Disney is also allowing workers to grow longer facial hair, and the parks’ “cast members” can have visible tattoos if they are small and not located on or above the neck.

In the past, employees couldn’t have any visible tattoos, and facial hair could be no longer than one inch.

(Disney did not immediately respond to a request for comment on the op-ed.)

“I’m not traveling across the country and paying thousands of dollars to watch someone I do not know express themselves,” VanBoskerck argued.

But the new dress code for employees wasn’t the only target of his ire. VanBoskerck, who described himself as “a Christian and a conservative Republican,” also took issue with changes the theme park has planned in recent years for some of its most popular rides.

“
‘I’m not traveling across the country and paying thousands of dollars to watch someone I do not know express themselves.’
”


— Jonathan VanBoskerck, a Nevada resident, wrote in a commentary piece for the Orlando Sentinel

Last summer, Disney announced it was overhauling the famous log-flume ride Splash Mountain at both Disneyland and Walt Disney World’s Magic Kingdom. The ride was originally based on characters featured in the controversial 1946 film “Song of the South,” which has widely been criticized for its racist depictions of Black people. The new version of the ride will instead focus on characters from the film, “The Princess and the Frog,” which was the first Disney movie to have a Black princess.

More recently, Disney unveiled changes that it will make to the “Jungle Cruise” boat ride, which is also located at both Disneyland and the Magic Kingdom theme parks. The company is removing “outdated depictions” of people of color — the ride portrays indigenous people as violent, with one literally being depicted as a “headhunter.”

Disney has made other changes in a similar vein in the past. A few years back, a Disney changed a scene on the Pirates of the Caribbean ride. Originally, it showed women being sold into slavery in front of a banner that read, “Take a wench for a bride.” In the new version of the scene, the women are pirates themselves.

“The parks are less fun because immersion and thus the joy is taking a back seat to politics,” VanBoskerck wrote, later adding that an immersive experience “should not be sacrificed on the altar of political correctness and appeasing the Twitter mob.”

had plenty to say about VanBoskerck’s op-ed. Rep. Val Demings, a Democrat from Florida whose district includes Walt Disney World, responded by saying she is “proud to represent a community that is welcoming, tolerant, and always evolving to offer the best possible experience.”

TV producer Mike Schur, who created “Parks & Recreation” and the American version of “The Office,” made light of the situation. “I think we all need to just pause for a second and gather our thoughts, so we have more energy for the next round of dunking on him,” Schur wrote under his pseudonym, Ken Tremendous.

Others remarked that the changes Disney has announced were also an example of “normal corporate synergy,” because in the case of Splash Mountain, the new version will feature characters from its more recent movies.