Home
Stocks
: Invest in electric-vehicle batteries, water tech and crypto applications to ride the green wave, says UBS
Prev Article Next Article
This post was originally published on this site 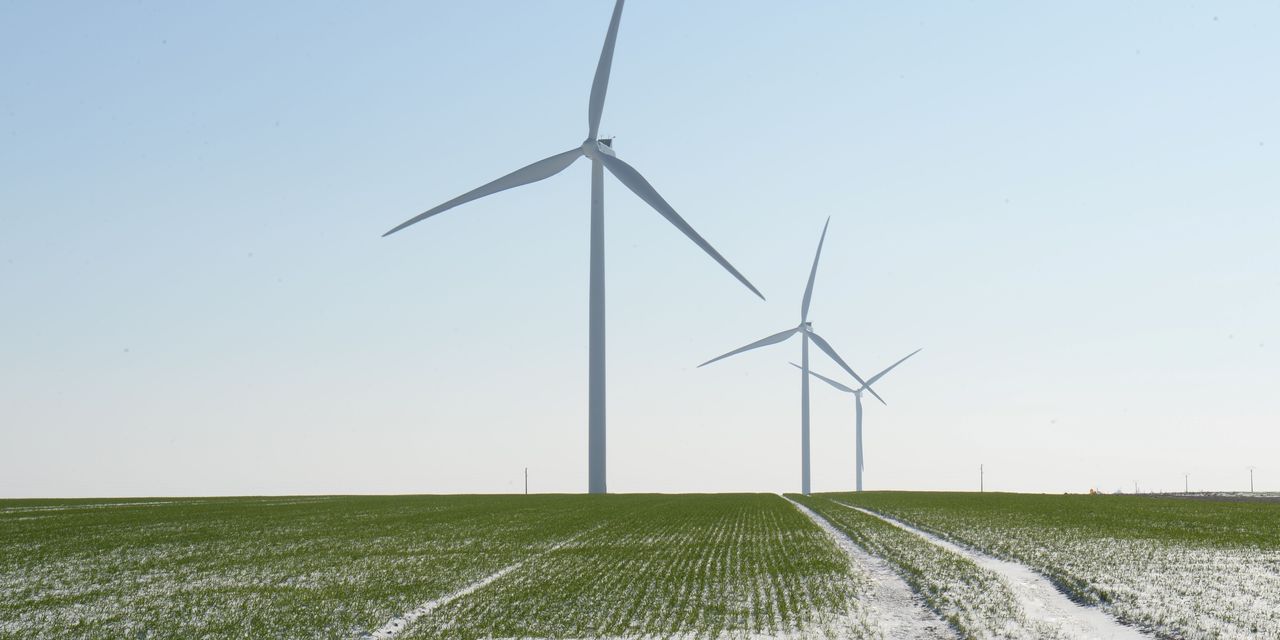 “Urgent action is needed to combat the growing climate crisis,” the bank said in a report published on Tuesday, outlining how the economic costs of climate change are only adding to the environmental and human toll.

But while investors face increasing uncertainty from climate risks in assessing asset values, there are strong, long-term investing opportunities in sustainable innovations, the bank said on Tuesday.

Leveraging resources like oil and lumber has helped spur incredible economic growth in the modern era, including halving the number of people living in extreme poverty over the last 30 years, UBS
UBS,

said in the report, released ahead of Earth Day on April 22.

But it has come at the cost of depleting those resources. Amid a wider social shift toward sustainability, investors are increasingly looking to evaluate investments under a framework of environmental, social, and governance factors, called ESG.

Plus: Ahead of Biden’s climate summit, U.K. toughens its greenhouse gas emissions targets

“Companies that are on the right side of history, when it comes to climate change and reducing their own carbon footprint, will better be positioned to prevent climate risks, deal with tighter regulations, and avoid reputational concerns,” said Solita Marcelli, UBS Global Wealth Management’s chief investment officer for the Americas, in a call with the media.

“Companies that emerge as leaders in developing solutions to tackle environmental challenges could really offer attractive long term growth prospects,” Marcelli added. “We think sustainability will continue to grow as a core part of the decisions that investors make as they build out their portfolios.”

UBS grouped some of the most pressing issues related to climate changes into four themes, and suggested potential areas for investment in sectors that address these problems. Here’s how it breaks down:

Air pollution is the greatest environmental-linked threat to humans, UBS said, and is the fourth leading cause of death around the world. Climate change has profound human implications, the bank said, including extreme heat in urban centers that is increasingly claiming lives.

The bank suggests investing in treatments for illnesses linked to climate change, which includes both drugs and medical devices. Urban planning solutions will also be critical, UBS said, including technologies for “smart cities” — data-driven communities that use technology to operate more efficiently.

Emissions related to energy account for more than two-thirds of global greenhouse gas emissions, according to the bank. But a major problem facing the energy angle of addressing climate change is ensuring that humanity’s vast energy needs are met, UBS said. As we move toward new technologies and infrastructure, long-term sustainability needs to be considered, the bank said, and the role of government will be key.

Investors should look to companies with energy-efficiency solutions, as well as those focused on generating renewable energy like wind and solar, according to UBS. Alternative fuels in the form of hydrogen, biofuels, natural gas, and synthetic fuels are also likely to become more popular, the bank said.

UBS also highlighted the emerging role of electric transport and the role that fuel cell and battery companies will play in facilitating the rise of cleaner vehicles. UBS is bullish on electric vehicles, and predicts that EVs will penetrate 100% of the automobile market by 2040, with Volkswagen
XE:VOW
joining Tesla
TSLA,

as the most dominant players in an industry that includes rivals NIO
NIO,
,
XPeng
XPEV,
,
and General Motors
GM,
.

Also read: Buy these 3 battery stocks to play the electric-vehicle party, but stay away from this company, says UBS

Land use follows energy as the second-largest source of global emissions, which come from land-clearing activity like the lumber industry as well as intensive farming, UBS said. But these emissions aren’t the only extent of the environmental cost of using land resources. There are major environmental costs from habitat and ecosystem destruction that have knock-on effects on the water, food, and air humans need to survive. Land management systems will be key in future sustainability, according to UBS.

One of the key areas the bank said to invest in is land-use monitoring and supply-chain validation systems. This includes projects using blockchain — the cryptographic network that underpins bitcoin
BTCUSD,
,
ethereum
ETHUSD,
,
and even dogecoin
DOGEUSD,

— as well as drones.

Smart agriculture, such as biotech, genetic engineering ventures, and vertical farming are another avenue for investment, the bank said. Sustainable production and consumption trends, largely through lab-grown as well as plant-based meat — like that made by Beyond Meat
BYND,

Read: As Kerry secures climate pledge with China, here’s what else to watch for at Biden’s Earth Day summit

Supplies of fresh water — one of the world’s scarcest resources — will face increasing pressure from rising populations, ongoing urbanization, and industrialization in emerging markets, UBS said. That will come on top of agriculture, which already consumes around 70% of accessible fresh water, according to the report.

UBS said that the size of the global water market was estimated at $655 billion in 2020 — and that is expected to grow at mid-single-digit rates annually over the next few years.