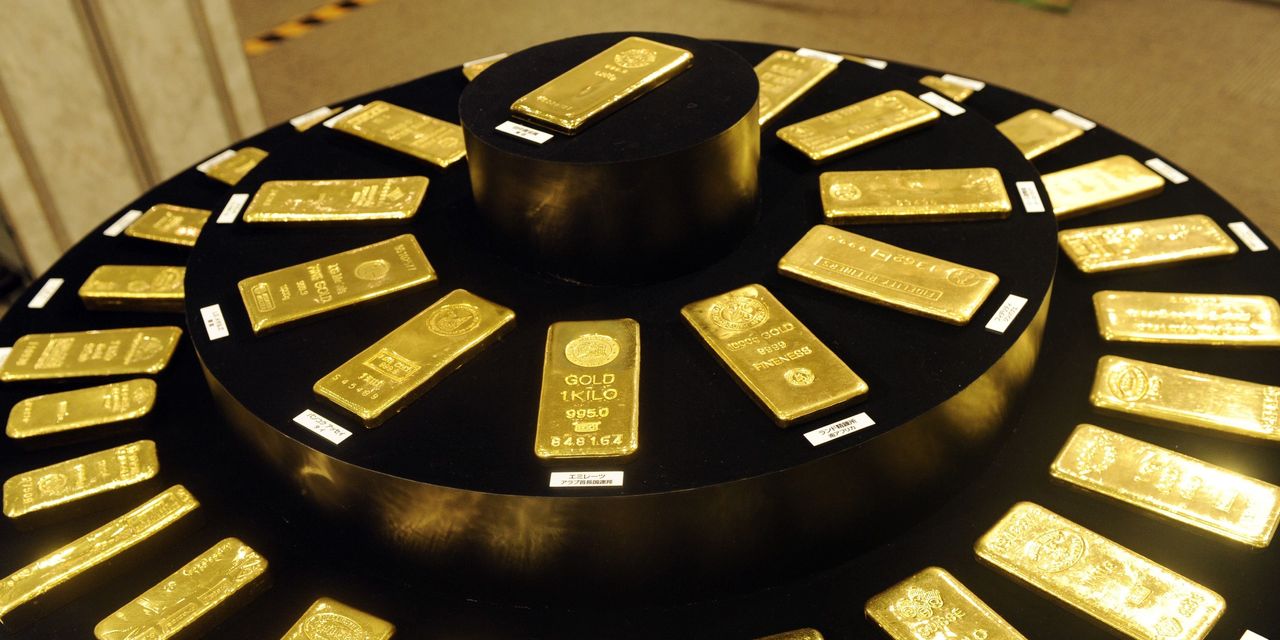 The 10-year Treasury note’s yield
BX:TMUBMUSD10Y
was steady at around 1.60%, while the comparable German bund
BX:TMBMKDE-10Y
was touching its highest yield in about a year. A rise in government debt yields can weigh on appetite for precious metals which don’t offer a coupon.

“The 50-day [simple moving average] at $1,750 may offer an area to rest should the move in yields gather steam,” wrote Neil Wilson, chief market analyst at Markets.com in a daily note.

The moves for bullion also came as the dollar was perking up, trading up 0.1%, as gauged by the ICE U.S. Dollar index
DXY,

after sharp down move this month. A stronger buck can make dollar-priced commodities less appealing for overseas buyers.

“The softer dollar is a support but yields matter more for gold,” Wilson wrote.

for May delivery
SIK21,

Precious metals declined, despite renewed worries about a remergence of COVID-19 in parts of the globe, including India, where the outbreak has pushed the country to the second-highest infection rate in the world.