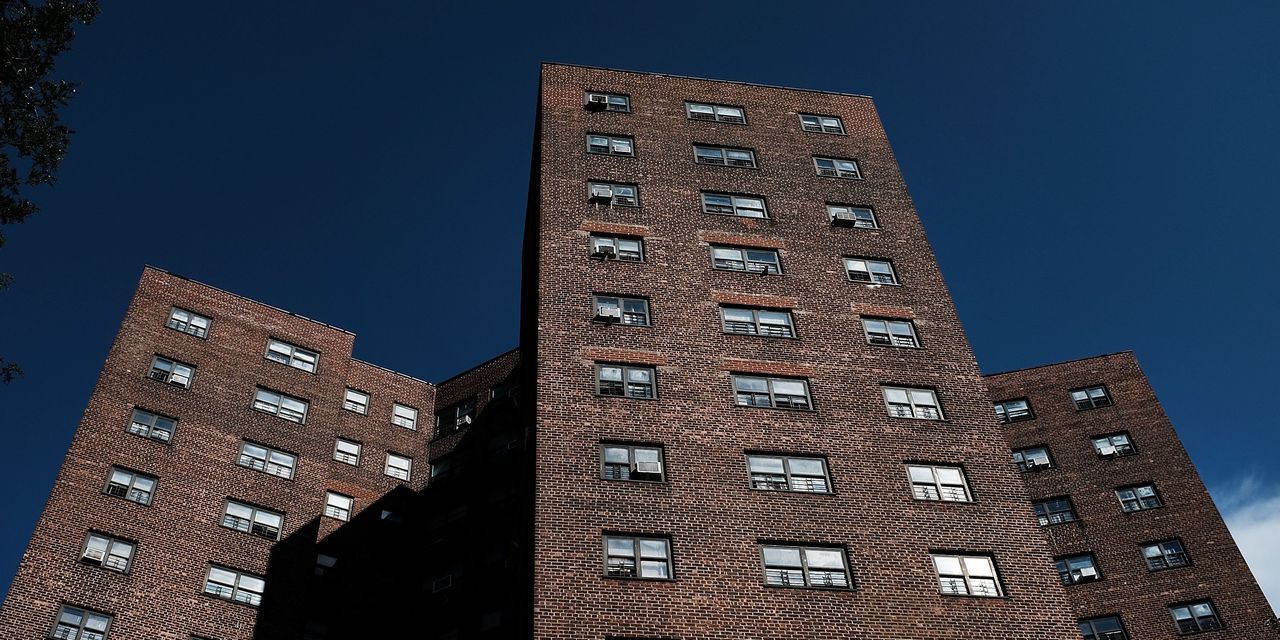 When President Joe Biden unveiled his infrastructure package — nicknamed the American Jobs Plan — he didn’t just lift the curtain on a proposal to improve the nation’s roads and expand broadband access. The package, if passed, would also represent one of the largest investments in housing the country has seen in many years.

As part of the $2.3 trillion infrastructure plan, the White House has earmarked $213 billion to go toward building, preserving and retrofitting more than 2 million homes across the country. In detailing the plan, the Biden administration noted that the nation is facing “a severe shortage of affordable housing options.”

Opponents of the plan, including Republican Senate Minority Leader Mitch McConnell, have called the broader infrastructure plan “the latest liberal wish-list.” But housing experts hailed the focus on housing.

“Housing is infrastructure,” Jenny Schuetz, a senior fellow and urban economist at the Brookings Institution, a center-left think tank, said on Twitter
TWTR,
.
“Love it.”

The National Association of Realtors issued a statement in favor of proposal, with the major trade group saying it will work with Congress and the Biden administration to ensure the package is funded “responsibly.” The National Association of Home Builders welcomed the focus on affordable housing, while expressing concern about labor and tax provisions included in the plan.

How the infrastructure plan would invest in housing

Biden’s plan breaks down the investments in housing into the following components:

“They propose to do exactly what we should be doing, which is improve the economics of building and renovating affordable housing,” said Jim Parrott, a nonresident fellow at the Urban Institute, a Washington, D.C.-based center-left think tank, and owner of Parrott Ryan Advisors, a consulting firm that provides advice on housing-finance issues to financial institutions.

“This means using tax credits and grants to make this segment of the market profitable to serve, and using federal funding as a carrot to get local governments to remove barriers to building affordable housing in areas folks most want to live,” he added.

Cowen analyst Jaret Seiberg noted that the support for the Neighborhood Homes Investment Act in particular came as a surprise. The legislation envisions creating a program modeled after the Low Income Housing Tax Credit. Under the bill, private developers could get tax credits for rehabilitating or replacing housing in low-income neighborhoods, particularly in inner cities and rural areas. Those homes would then be sold at no more than four times the median local household income.

“The idea is to turn vacant homes into places where people want to live,” Seiberg wrote, noting that Cowen had previously been less optimistic on the plan “because progressives worry about gentrification, which one could argue this may encourage.”

The $213 billion allocated for housing in Biden’s plan is “certainly the biggest proposal we’ve seen in a long time,” said Susan Popkin, director of the Urban Institute’s Housing Opportunities and Services Together (HOST) Initiative and a fellow in the Metropolitan Housing and Communities Policy Center.

But Popkin echoed concerns raised by others that elements of Biden’s plan may not meet the full needs of the American people. Some Democratic lawmakers, including Reps. Alexandria Ocasio-Cortez and Nydia Velazquez, both of New York, took issue with the $40 billion set aside for public housing, which they say wouldn’t even cover the full needs of the New York City Housing Authority, the Big Apple’s public housing operator.

Housing experts estimate that there is around $70 billion in capital needs across the country’s public housing projects, Popkin noted, adding that the figure is likely an underestimate. “It’s not enough to preserve what’s really a central resource in the United States,” Popkin said.

Some progressive lawmakers and organizers have called for the repeal of the Faircloth Amendment, which limits the construction of new public housing units, but the Biden plan did not include any changes to this policy. “Right now only one in four people who applies for housing assistance gets it,” Popkin said.

“The population of people who need it is growing, and we are not ready to meet that need,” she said. “What we do have that is available is in poor condition and is in need of major renovation and new development.”

“
‘The problem is that local communities impose these zoning limits because voters in those neighborhoods demand them.’
”

Other observers, meanwhile, were skeptical of efforts to repeal local zoning regulations. In past congressional hearings, both Democratic and Republican lawmakers have signaled their openness to reconsidering local rules that prohibit or slow the construction of new housing, particularly multifamily buildings.

But the proposal laid out by the White House only suggests vague incentives to encourage local policymakers to rewrite their rules.

“The problem is that local communities impose these zoning limits because voters in those neighborhoods demand them,” Seiberg wrote, adding that federal lawmakers would need to be more aggressive to gain traction there.

“The federal government forced states to raise the drinking age to 21 by threatening to withhold highway funding,” he said. “It would require something similarly massive to produce change.”