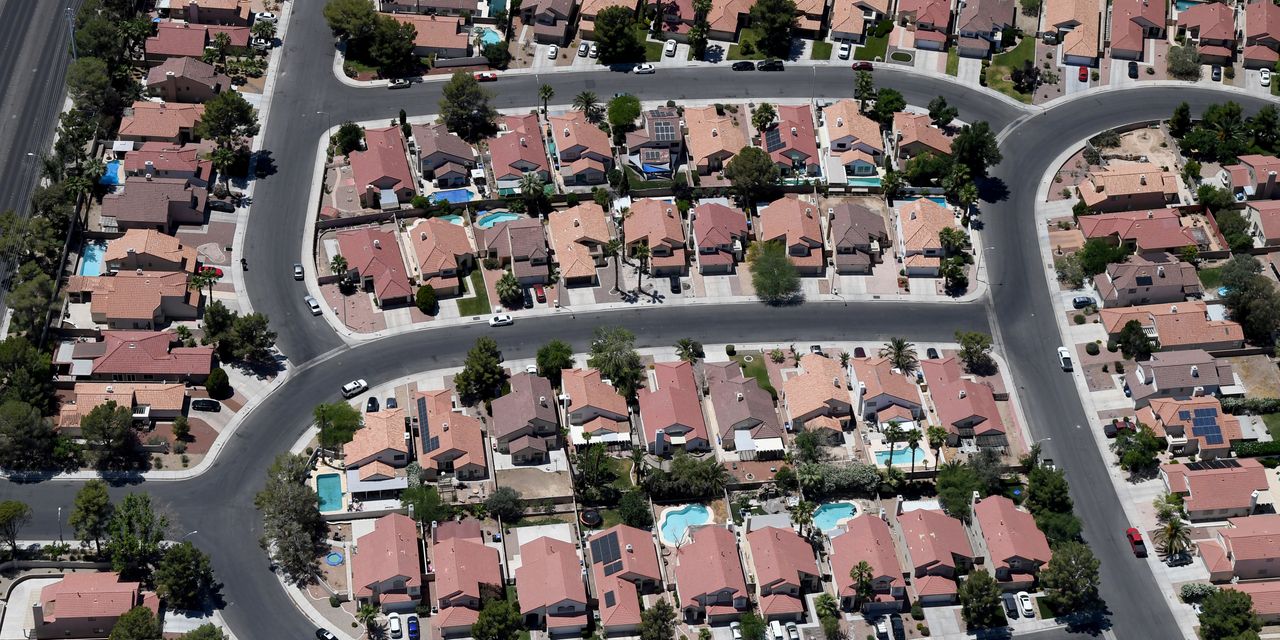 The numbers: Far fewer Americans signed deals to purchase homes in February than economists expected, a reflection of the impact of the falling inventory of homes for sale and the rapid rise in mortgage rates.

The index of pending home sales fell 10.6% in February, the fifth consecutive month in which this measure declined, the National Association of Realtors said Wednesday. The index captures real-estate transactions where a contract was signed but the sale has not yet closed, making it an indicator of where existing-home sales will go in the months ahead.

The median forecast of economists polled by MarketWatch had called for a 3.1% decline in pending sales on a monthly basis.

Compared to 2020, pending sales were down 0.5%, representing the first annual decline in eight months.

What happened: Pending home sales fell in every region of the country. The South notched the largest decline, with a 13% monthly decrease, while the West had the smallest drop at 7.4%.

The index is pegged to the level of pending sales recorded in 2001. In the West and the Northeast, the pace of contract signings dropped below that level.

The big picture: To some extent, the downturn in pending home sales is a reflection of February’s severe winter weather. Especially in places like Texas, Americans were hunkering down rather than going out to sign off on real-estate deals. But even as spring creeps in, the impact of the cold weather will be felt. Pending home sales are a leading indicator for existing-home sales, suggesting that the data for home sales will be lower for another month or two.

At the same time, the low inventory of homes for sale remains a serious constraint for prospective buyers. Economists anticipate more sellers will come online in the months to come, but until then the dearth of listings will inevitably constrain how many deals can close for the foreseeable future.

“The demand for a home purchase is widespread, multiple offers are prevalent, and days-on-market are swift but contracts are not clicking due to record-low inventory,” Lawrence Yun, chief economist for the National Association of Realtors, said in the report.

But February’s contract-signings data also points to the effect that rising mortgage rates had on the housing market. Rates have risen quickly this year, and currently sit half a percentage point higher than where they were at the beginning of January. While mortgage rates remain extremely affordable by historical standards, their fast ascent may have given some buyers cold feet. Those people could move to the sidelines as the spring home-buying season kicks into full gear.

What they’re saying: “A sustained renewed increase in housing activity requires a rebound in mortgage applications,” said Ian Shepherdson, chief economist at Pantheon Macroeconomics, in a research note. “That should come as COVID fear recedes and would-be homebuyers become accustomed again to mortgage rates above 3%, but the early spring housing market won’t be great.”

were up Wednesday morning trading, despite the larger-than-expected drop in pending home sales.