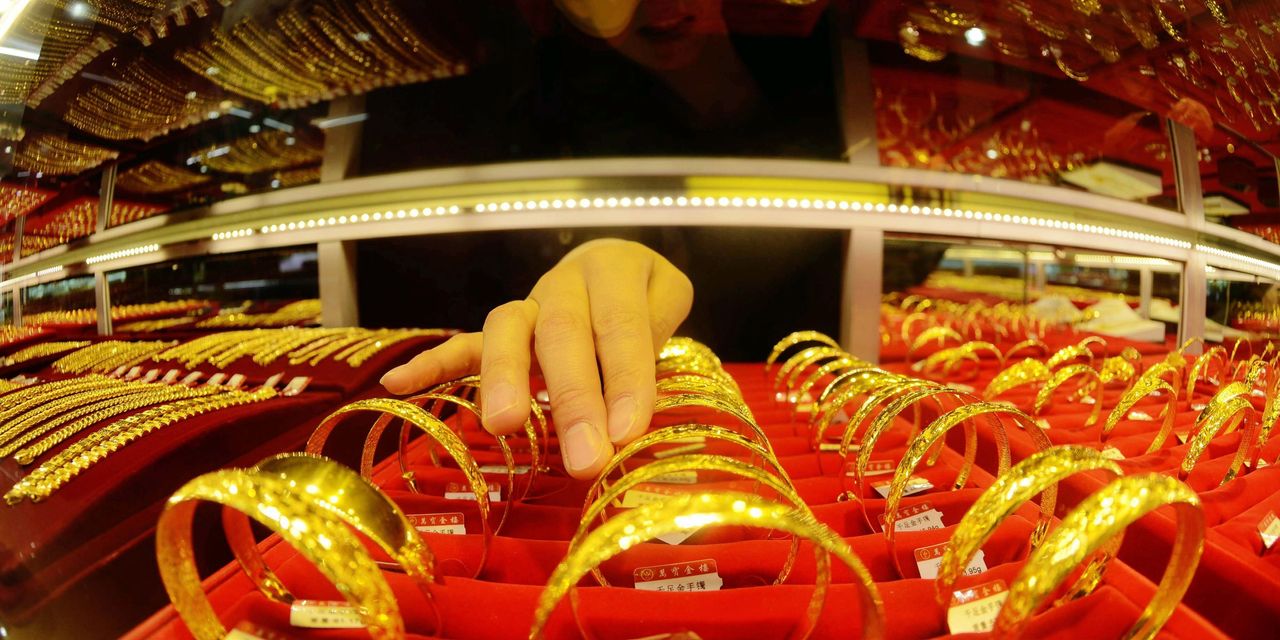 Gold futures were hit Tuesday by rising bond yields and strength in the U.S. dollar, with coronavirus vaccine rollouts lifting expectations for higher inflation as economies recover, particularly in the U.S.

“We have seen signs of the reflation trade questioning the Fed’s ability to keep interest rates at current ultralow levels,” the strategist wrote.

Griffiths says that gold falling below $1,700 puts a multimonth low at around $1,680 in place.

A rise in the 10-year Treasury yield
TMUBMUSD10Y,
,
which pushed as high as 1.77% for the first time since January 2020, was credited with weighing on appetite for precious metals, which don’t offer a coupon. Yields and bond prices move in opposite directions.

Meanwhile, the dollar has been perkier amid prospects of a stronger economic recovery from the COVID pandemic and rising bond yields. The U.S. dollar was up 0.4% at 93.29, as measured by the ICE U.S. Dollar Index
DXY,
.

Gold’s path has been a mirror image of the U.S. dollar in recent trade, with the currency up 2.7% so far in March, while bullion is down 2.6% on the month, FactSet data show.

“The reality is that the coronavirus recovery process is picking up some serious momentum because of the ongoing progress on the vaccine front in the U.S.,” said Naeem Aslam, chief market analyst at AvaTrade.

“The fact that 90% of U.S. adults will be eligible for vaccine within three weeks will further lift the prospects of strong economic recovery,” he said in a note. “No one really wants to favor gold prices under those circumstances.”

Data released Tuesday revealed that U.S. consumer confidence rose to 109.7 in March, from a revised 90.4 in February.

Meanwhile, President Joe Biden has pledged that 90% of the U.S. population will be eligible for the coronavirus vaccine by April 19, fueling further hope of a robust rebound from the pandemic. The U.S. is now giving 2.8 million doses daily of COVID-19 vaccine, as the supply increases and states increase eligibility.

Some strategists expect Friday’s jobs report, when the markets will be closed in observance of Good Friday, to register around a million jobs for March. That’s on the high side of the range of economists’ estimates, according to Econoday. Average consensus estimates are for an add of 625,000, with range between 439,000 and 1 million.

On top of that, Biden is also set to unveil a two-part infrastructure package on Wednesday that, if passed, would further boost growth prospects, experts say.

For now, industrial metals failed to find much support from the upbeat economic outlook, with May silver
SIK21,

and Discovery
DISCA,
,
making some investors concerned about contagion and perhaps compelling some selling of gold.