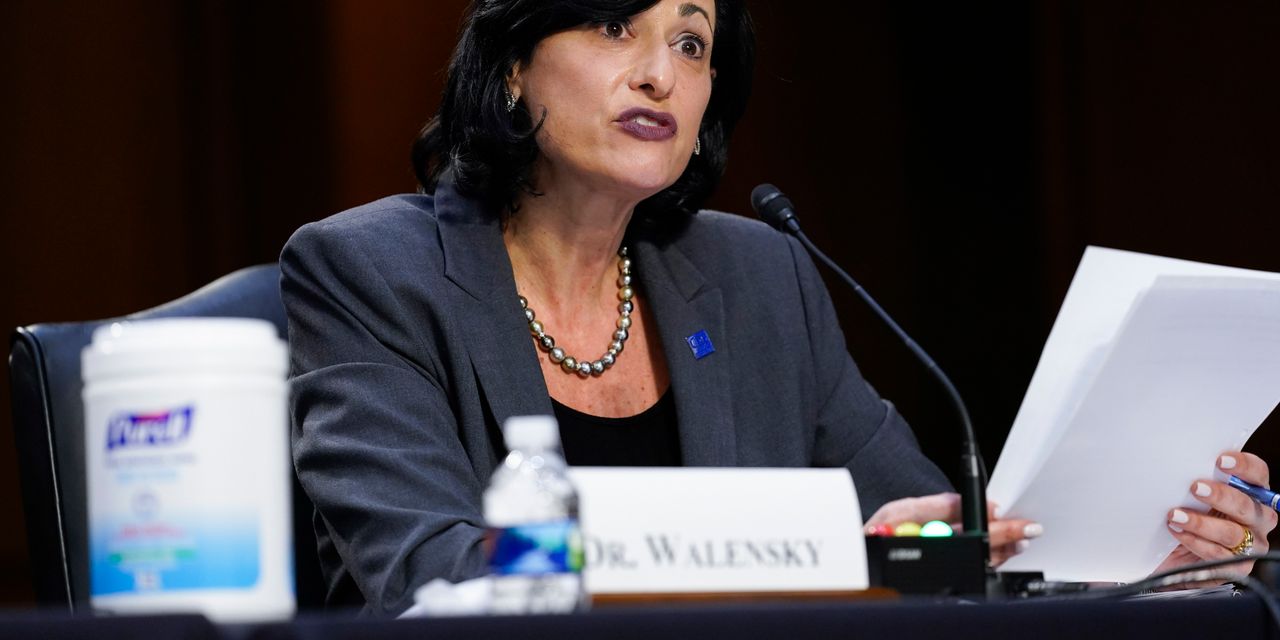 The head of the Centers for Disease Control and Prevention made an emotional plea to the American public on Monday, describing her sense of “impending doom” as she urged people not to let their guard down as COVID-19 cases are on the rise again.

“
‘Now is one of those times when I have to share the truth and I have to hope and trust you will listen. Right now I’m scared.’
”

The U.S. case tally had been plateauing for several weeks, albeit at a higher-than-desired level of more than 50,000 cases a day. Now the number is on the rise again with the seven-day average at 63,199 cases, according to a New York Times tracker, up 15% from the average two weeks ago.

New York and New Jersey have retaken their positions as the states with the highest rates of infection, a grim statistic that experts say is due to reopening moves and overall pandemic fatigue that is leading people to drop their guard and abandon public health measures, which are still needed as the vaccine push continues.

See now: Americans have tired of wearing masks and social distancing before; here’s what happened next

Walensky also spoke of her time as a frontline doctor at Massachusetts General Hospital, where she worked early in the outbreak.

“I know what it’s like to stand in that patient room, gowned, gloved, masked, shielded, and to be the last person to touch someone else’s loved one because their loved one couldn’t be there,” she said.

The emergence of three effective vaccines — one developed by Pfizer Inc.
PFE,

and a third developed by Johnson & Johnson
JNJ,

— all of which have received emergency-use authorizations from the U.S. Food and Drug Administration, represent a clear scientific breakthrough, she said. But not enough of the U.S. population has received a jab to allow for people to stop complying with public safety measures, namely frequent hand washing, social distancing and wearing a face mask in public.

“Please hold on for a little while longer,” said Walensky.

The trajectory of the pandemic is currently looking similar to many other countries in Europe, she said, naming Germany, Italy and France. Those countries are currently grappling with a “consistent and worrying” spike in cases, she said.

“We are not powerless; we can change this trajectory of the pandemic. But it will take all of us, recommitting to following the public health prevention strategies consistently, while we work to get the American public vaccinated,” she said.

Walensky called on elected officials and civic and religious leaders to “sound the alarm and carry these messages into your community and your spheres of influence. We do not have the luxury of inaction. For the health of our country, we must work together now to prevent a fourth surge,” she said.

Read now: U.S. COVID death toll nears 550,000 as Dr. Birx says most could have been avoided

On a brighter note, Walensky said a CDC-led study has found that the Pfizer and Moderna vaccines reduced the risk of infection by 90% after two jabs, and 80% two weeks after a first dose. Both vaccines require two doses spaced weeks apart.

“Our national vaccination efforts are working,” she said.